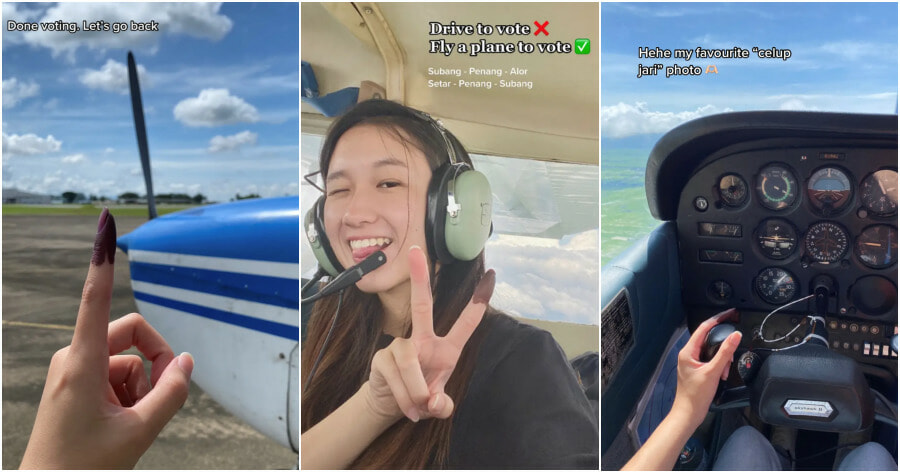 As we saw on Saturday (November 19), Malaysians of all races, religions and ages came out in hoards to perform their civic duty to vote.

Despite certain barriers or obstacles, voters appeared to be undeterred in making sure that their votes mattered.

For those who had to travel back to their hometowns in order to vote, the only modes of transports would include by car, train, bus or commercial plane. However, a Malaysian took it to another level by flying a plane herself from Subang to Kedah just to cast her vote.

24-year-old Vivian who is originally from Alor Setar, Kedah, recently shared her experience of flying back home from Subang via a private plane through a TikTok video. 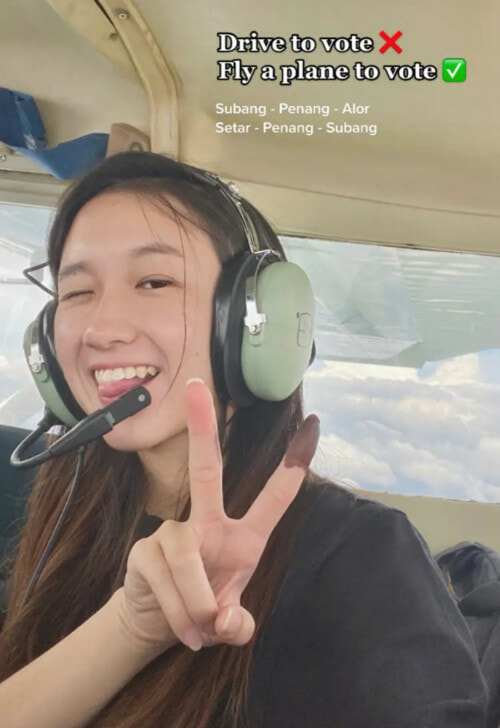 In the video, Vivian share pictures she took while in the air both on the way to Kedah and on her flight back. 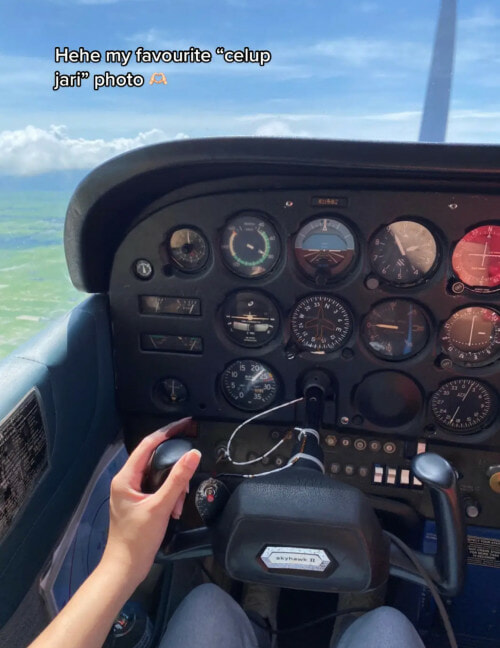 “My boss came up with the idea”

In an interview with WORLD OF BUZZ, Vivian said “I’m working at Air Adventure Flying club in Subang and it was a coincidence that a member from the club rented the aircraft to fly from Subang to Penang on November 18“.

“So my boss came up with the idea – why not just follow them and fly to Alor Setar from Penang the next day for voting.”

She said that, “This gives me more flexibility as I can reach the airport at my own pace, skip the queue at airport, avoid the crowds and save a lot of time from the traffic jam“. 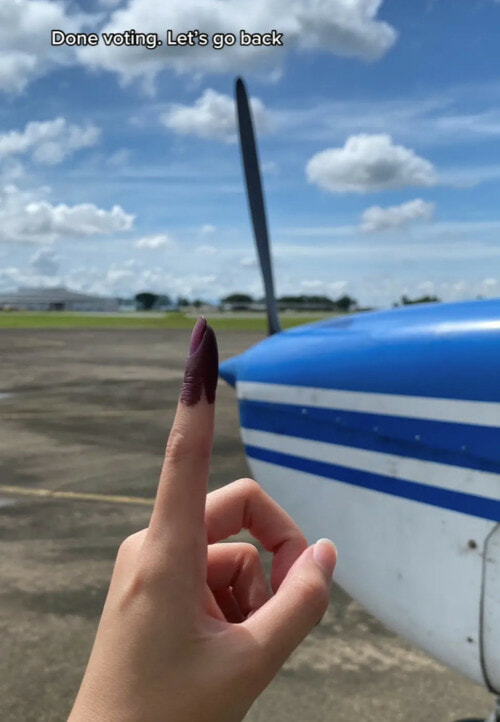 Vivian who started flying back in May 2021 and got her license after a year in May 2022 said that she departed from Subang on November 18 around 3pm and landed in Penang at 5:15pm, making the total trip around 2 hours 15 minutes.

“I stayed overnight at Penang and departed from Penang again to Alor Setar the next day. My dad picked me up from airport and sent me to voting station and back to airport again in an hour.” 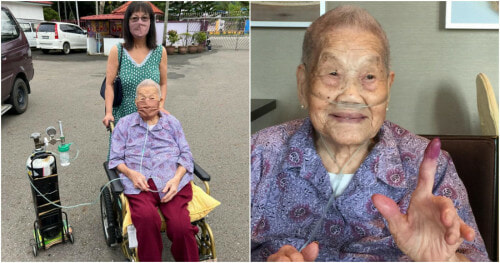