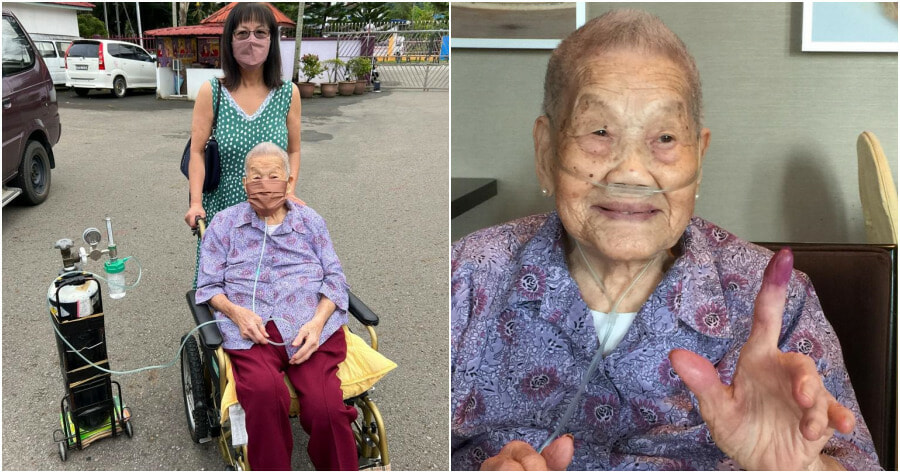 As we saw yesterday, Malaysians would go through extreme lengths just to make sure that they are able to perform their civic duty of voting.

From people travelling and spending an enormous amount of money just to return back to the country, to those who came in their wedding attire, it seems that Malaysians were out in full force to make their voices heard.

In another showing of extreme lengths, 102-year-old Chung Kui Ching from Kota Kinabalu was the oldest voter in GE15  as she casted her vote at Likas Vocational College at 8:45am yesterday (November 19). 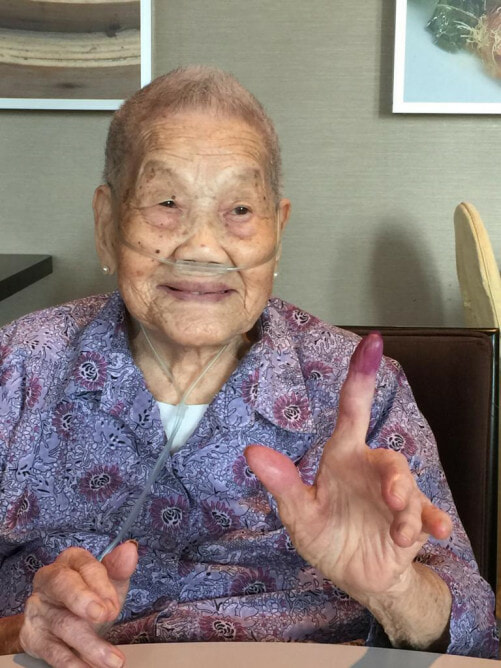 Chung had also made headlines in the past by being the oldest Malaysian who got the Covid-19 vaccine last year.

Her family members said that she has never neglected his responsibilities as a voter and has now voted 15 times.

Back in 2018, Mohd Said Mohd Arshad from Sarawak was reported to be the oldest voter at the age of 105 during GE14. According to the Election Commission (SPR) website, he was born on 1 Jan 1868 as recorded on his identity card.

Upon hearing the news, Malaysians expressed their gratitude towards Chung for being responsible and for performing her civic duty despite her age.

“She upheld her rights as a citizen of a democratic country! Respect!”

Meanwhile, another user highlighted that if she was able to go to the polling station with an oxygen tank, there’s absolutely no excuse for people not to vote.

Kudos to Chung for not neglecting her responsibility to vote and to try to make a difference in the country.

Also read: M’sian Couples Praised For Voting in Wedding Attire at Polling Centres Despite it Being Their ’Big Days’ 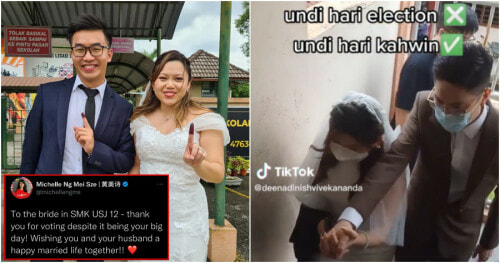