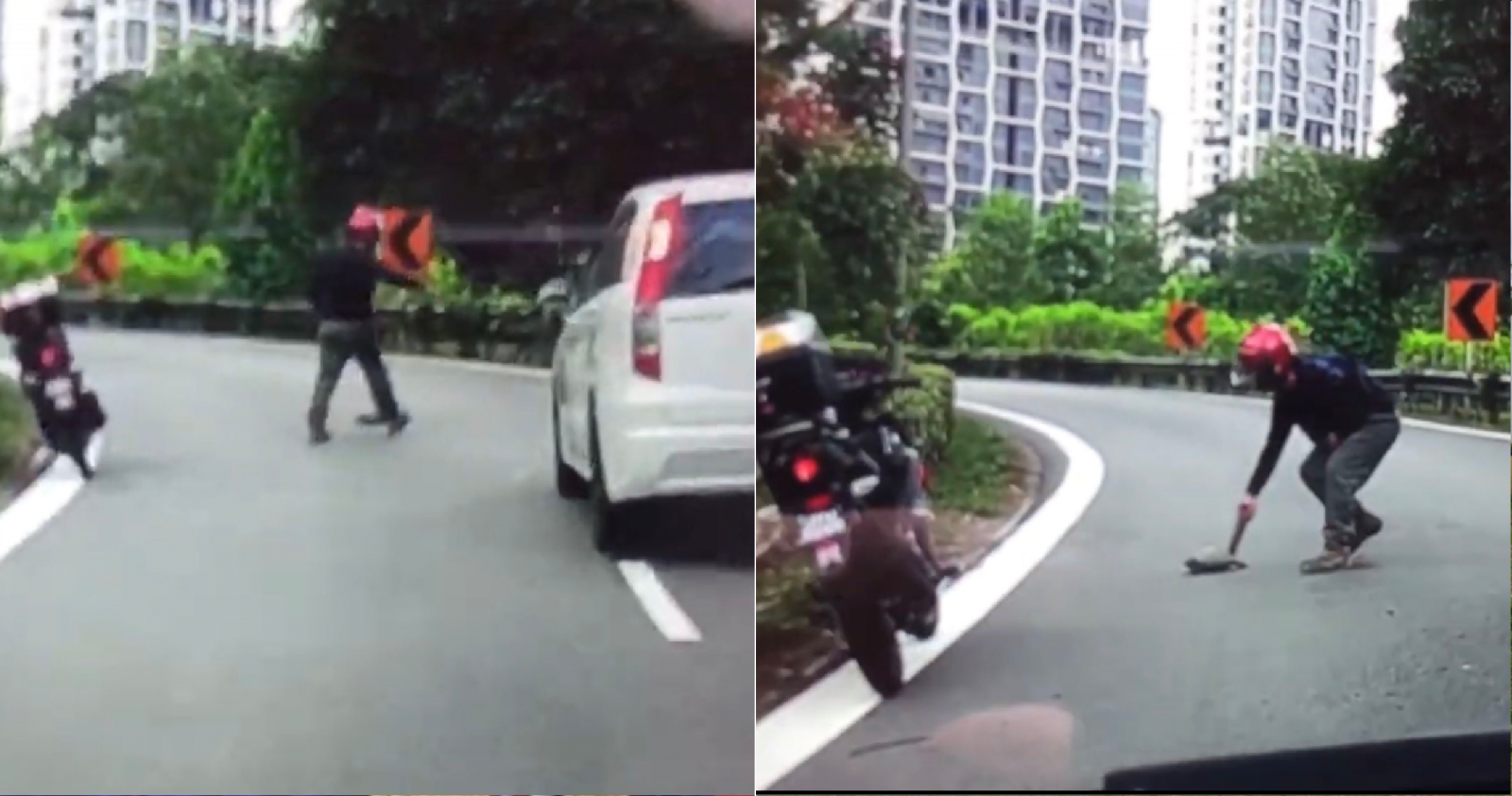 Why did the tortoise cross the road? Well, whatever the reason was, thankfully this good samaritan helped it to do so safely!

A tortoise has got to be one of the least expected animals you can find trying to cross a busy street but that’s exactly what happened in this slip road in Bukit Panjang, Singapore. A dash cam recording of the incident has since gone viral on social media, particularly because it depicted a good samaritan risking his life to allow the tortoise to safely cross the road!

In an act of kindness, a motorcyclist parked his bike by the roadside and used a stick to give the tortoise a little momentum to go faster across the street. It was in due time too, because two vehicles were fast approaching the tortoise and could’ve possibly run over it!

The dash cam recording was recorded by the second vehicle that was approaching the scene and you can see that the driver slowed down at the last minute after the car in front stopped as the motorcyclist ‘guarded’ the tortoise from being run over. Furthermore, you can also see that the motorcyclist signalled to the cars to stop and allow the small reptilian to cross safely.

Seeing how selfless the motorcyclist was in risking his life to safe the tortoise, both car drivers were very accommodating and waited until the good samaritan helped the small animal cross the street.

What a selfless act of kindness! <3 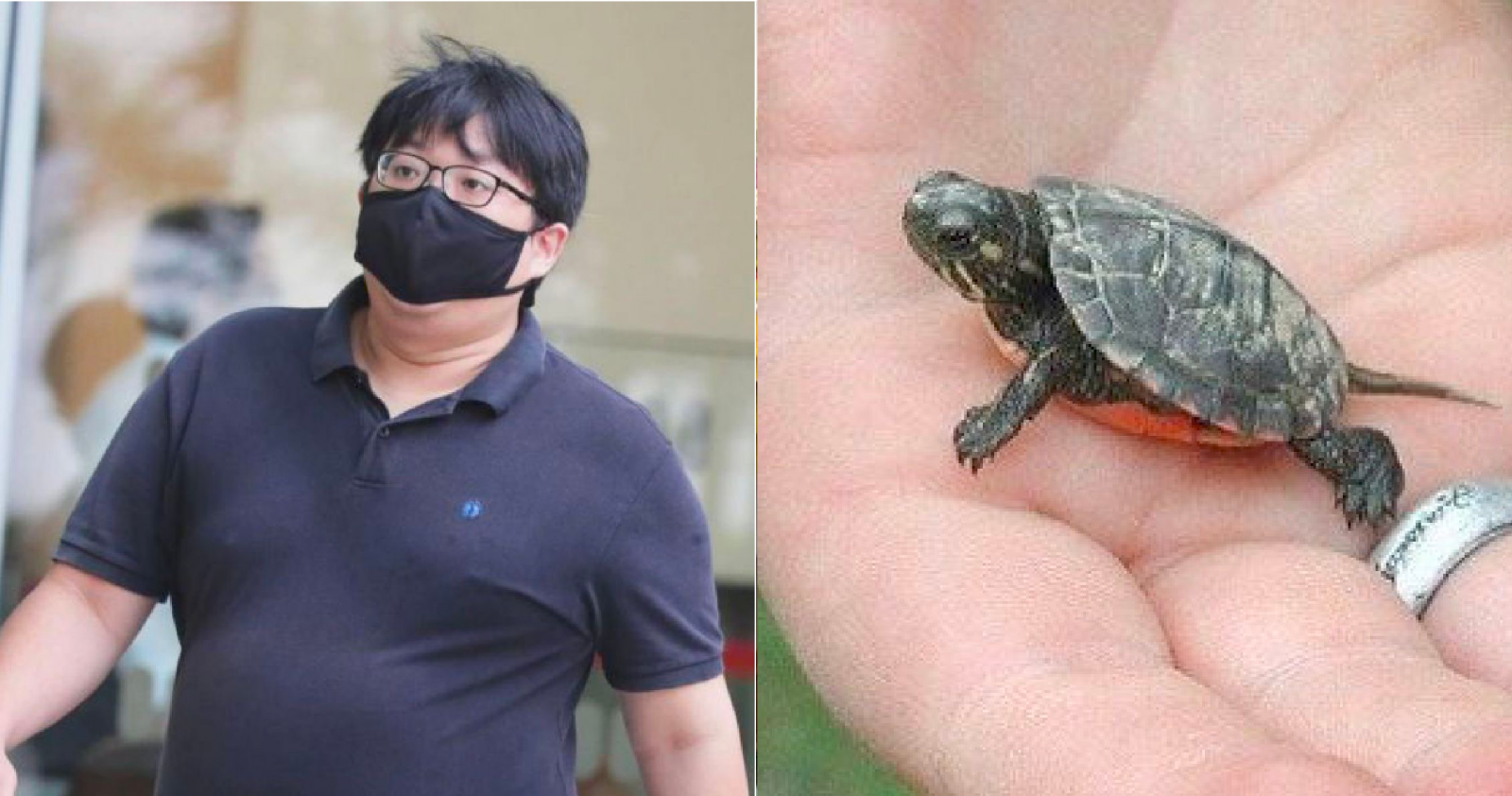