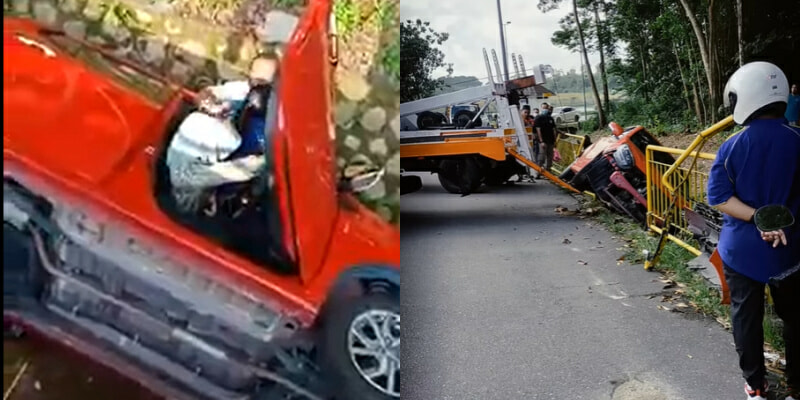 Realising the need to help, brave members of the public rolled up their sleeves and helped the victims after finding themselves stuck in a lopsided red Myvi stuck in a gutter.

Shared in Facebook group Dashcam Owners Malaysia by Augustine Ogos Fitnaz, the video owner writes, “There was an accident this morning near Taman Rinting, Pasir Gudang.”

“The driver panicked while driving and ended up in the gutter. Both driver and passenger are safe.”

The Myvi was later on lifted out of the gutter for further investigation.

Commenting on the video, many slammed the apparent director at the scene, stating that he should have helped himself instead of just barking orders.

Let’s hope that road users in the area will drive a little more carefully and stay safe on the road. 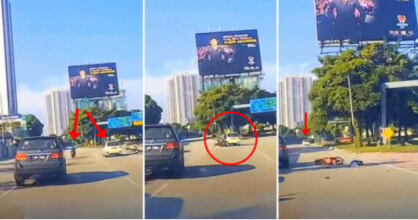