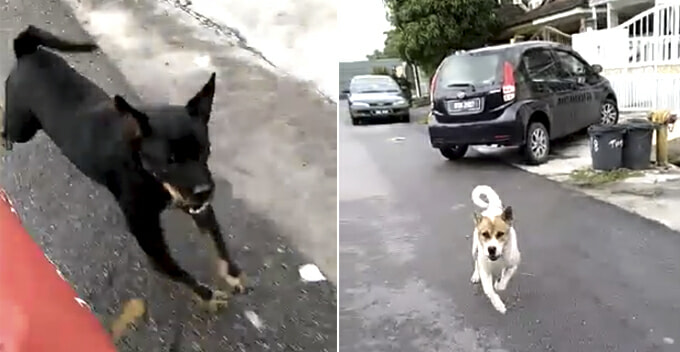 Getting chased by dogs can be quite annoying at times and postmen have to go through this nightmare every day. However, this particular postman decided that enough is enough, and he made it clear to the dogs who the real boss is.

Just yesterday (24 October), a netizen named Izwan uploaded a 36-second video on Facebook showing how a postman on his motorcycle reacted after getting chased by two dogs. The man was first chased by a white dog and a black dog joined the ‘pursuit’ seconds later.

After reaching a corner, both the dogs gave up and that’s when the postman made a U-turn and gave the dogs a taste of their own medicine. Before chasing them back, the man jokingly said, “Now it’s my turn to chase them back!”

This hilarious video blew up on social media with netizens admiring his sense of humour and his passion for the job.

“Times have changed. Postmen are taking the streets back from the dogs,” a netizen said.

“I used to admire postmen because of their ability to ride from house to house. Now, I’m more amazed by their video-shooting skills. This man can ride a bike and take a video at the same time!” another netizen commented.

So, you guys know what to do the next time you’re chased by dogs! Also, if you have any similar experience such as this, share it with us in the comments!

Also read: M’sian Postmen are Quitting Their Jobs as They Can’t Survive With RM1,400 Salary 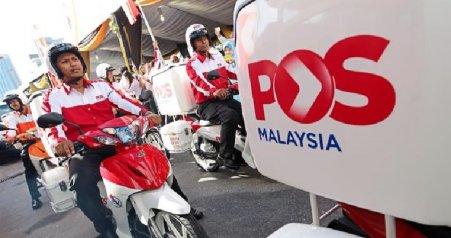