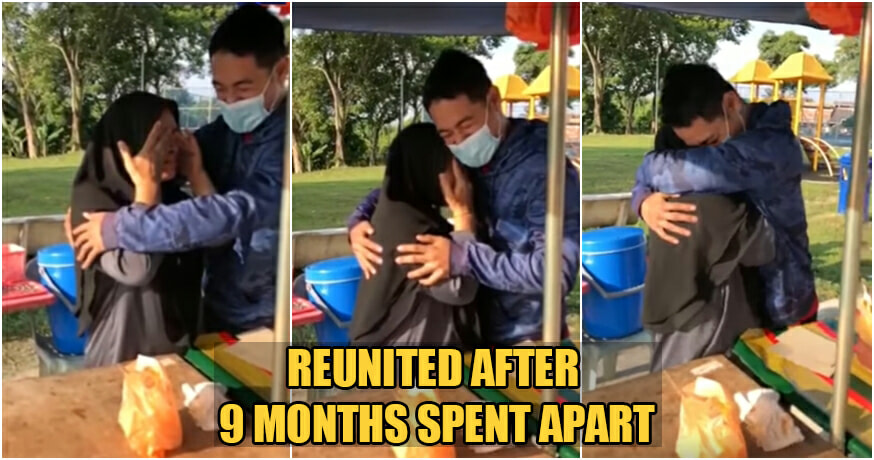 Remember when we told you that stories about frontliners reuniting with their families are not going to stop anytime soon? Well, prepare for another box of tissues, because this video of another frontline policeman reuniting with his mother will also have you bawling your eyes out. If you haven’t already checked out the first video, find it here!

While the first policeman who reunited with his mum had not seen her for the span of over four months, the policeman in this video had apparently been separated from his family for over nine months.

Six months in police academy training, and another three months spent on the frontlines during the MCO.

As you can imagine, a mother’s love truly knows no bounds, and his mum must surely have missed him a lot during their nine months spent apart from one another. So in one of the most touching scenes we have seen since the beginning of the MCO, the young policeman decided to surprise her.

Heading to his mother’s nasi lemak stall without telling her, he shows up with a mask on to hide his identity. While it took her a moment to figure out who was behind the mask, his mum eventually figured out and immediately broke down in tears.

Both mother and son embraced, crying happy tears after finally being able to meet once again after spending such a long time apart.

The video, which has since gone viral over social media, has garnered over 12,000 shares on Facebook after being posted by Friends of PDRM.

Also read: Watch: Frontline Policeman Finally Reunites With Mum After 4 Months of Not Seeing Her During MCO