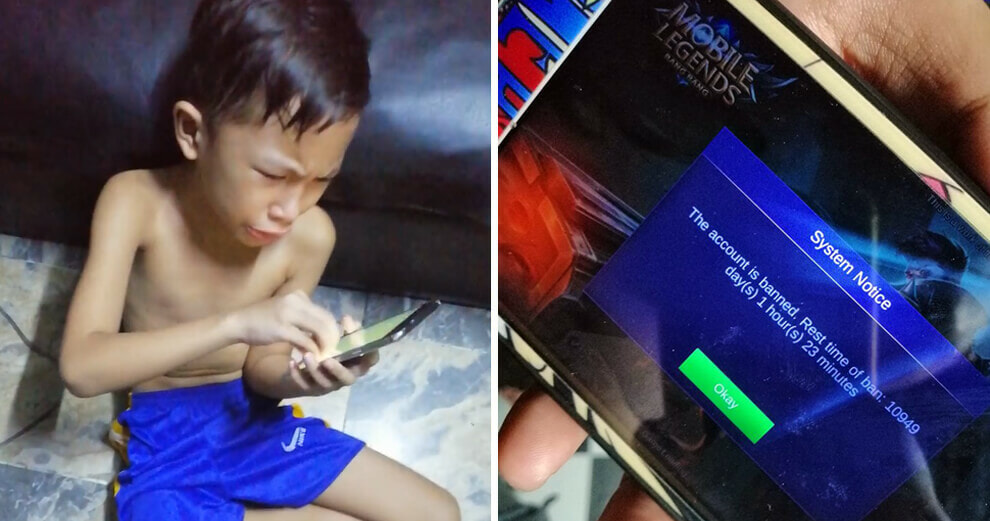 One of the most popular mobile games in Malaysia and throughout Southeast Asia, Mobile Legends has become such a cultural phenomenon that literally everywhere we go lepak nowadays, we confirm can see someone staring at their phone screen while playing the game.

Well, that someone is definitely not this boy from the Philippines who went viral because his Mobile Legends account has received a ban lasting a whopping 10949 days, 1 hour and 23 minutes! 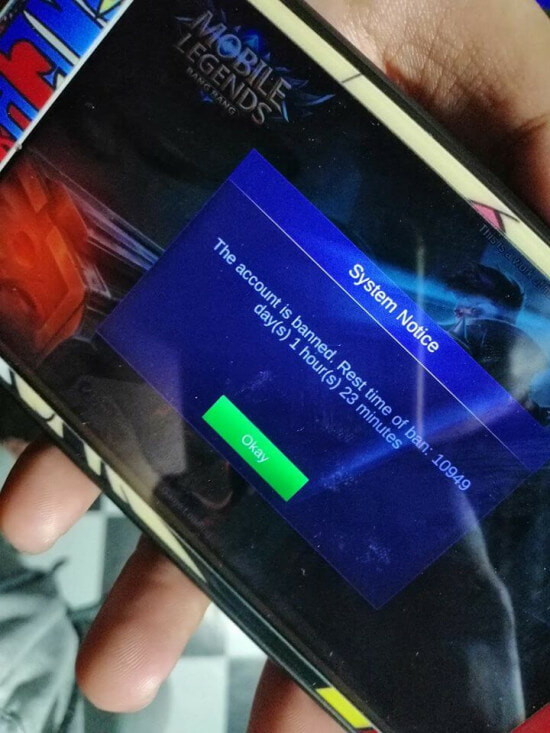 The boy’s anguish was shared by his father, Mark Samonte on Facebook, and he couldn’t help but see the funny side of the whole ordeal, even though his son was crying the whole time. I’d definitely cry too if my account was banned for that long weh!

It is not clear why the boy’s game account got banned for such a long time! Some comments on the post suggested that he kena kantoi using cheat codes while playing the game and subsequently got banned. 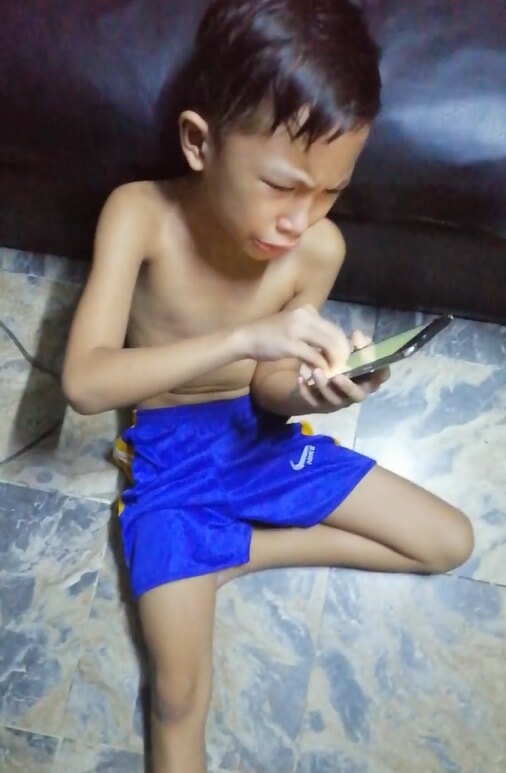 Others are even accusing the poster of using a fake phone just to get attention but the picture of the screen looks pretty real. Whatever it is, hopefully the boy takes this as a sign to stop playing the game as it is quite addicting and focus on school!

What do you guys think of the super lengthy ban? Have you seen anyone being banned for such a long time in a game or even experienced it yourself? Share your stories with us in the comments section!

Also read: 3yo Child Locks Father’s iPad for 48 Years, Here’s How to Unlock It If This Happens to You 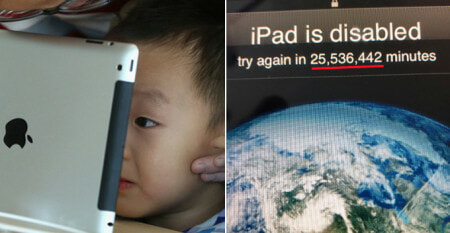