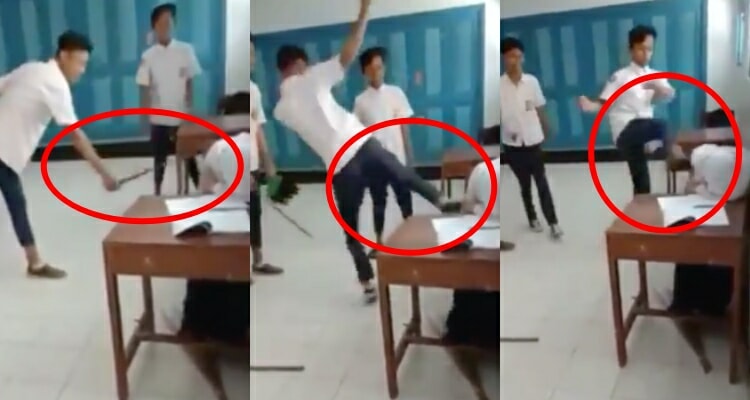 At the beginning of the video, one of the male students hits the victim on the head, and the bullies began laughing. The victim had been burying her head in her school work, minding her own business.

Then the three of them took turns to hit and KICK her, and one of them even had the nerve to JUMP-KICK the poor girl, and she sat there crying in pain while the people in the classroom laughed. 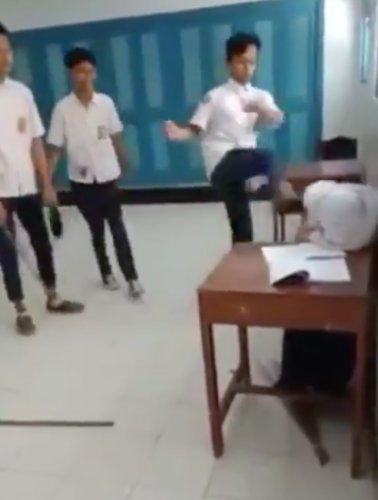 Two of the boys were seen hitting the victim with BROOMSTICKS, and they attacked her right arm, torso, as well as her hip. These assailants are 15 and 16-year-olds, while the victim was reported to be 16 years old, according to Coconuts. Reports stated that the victim suffered bruises on the right side of her waist.

This incident occurred in an Islamic school in the Purworejo regency of Central Java. Apparently, the bullying occurred in an 8th-grade classroom while no teachers were present. And a teacher from this school, Tutik, mentioned that these three male students are “the school’s naughtiest pupils”, and they were transferred in from other schools.

The victim’s parents have lodged a police report, and the three students were apprehended by the Purworejo Police. The latest update as of 14th February reported that the assailants were charged with violating Indonesia’s Child Protection Law, which carries a maximum sentence of three years and six months in prison.

Netizens were enraged upon seeing this viral video, and many hoped that those bullies will be served justice. We believe that “being young and naive” doesn’t excuse this behaviour, as they can definitely tell that they’re inflicting pain and injuring the girl. These young men are not kids, and they should totally be responsible for their crimes. 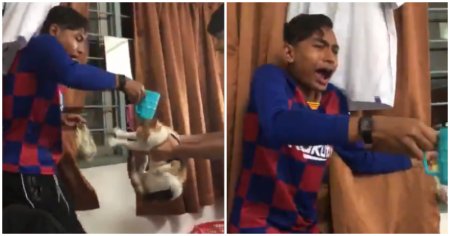