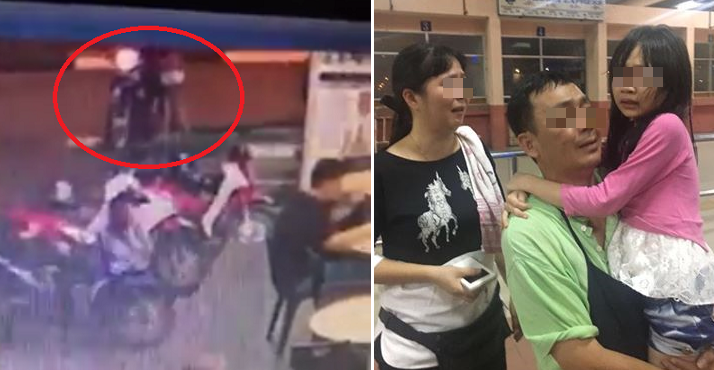 Children are vulnerable and small humans, easily susceptible to all the perverts and predators out there. A parent’s worst nightmare is if there were anything to happen to their kids.

And for one stall owner at Sarikei, Sarawak, he almost lost his daughter to a kidnapper.

The incident happened just yesterday night, when the little girl was almost kidnapped by an unknown man on a motorcycle, according to a post that has since gone viral by Livian Wong. 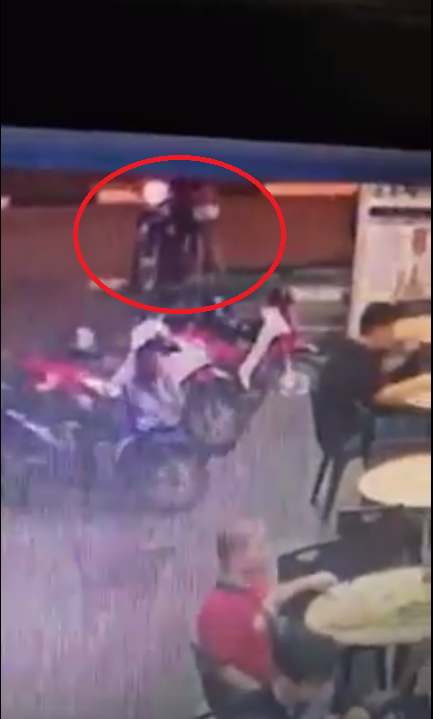 The parents worked behind King Kopitiam in Sarikei and in her post, there is a video showing the man snatching the little girl from the street and then driving off, which happened in just seconds.

The incident happened near the restaurant, where several customers were sitting at nearby tables but they did not notice what was going on. 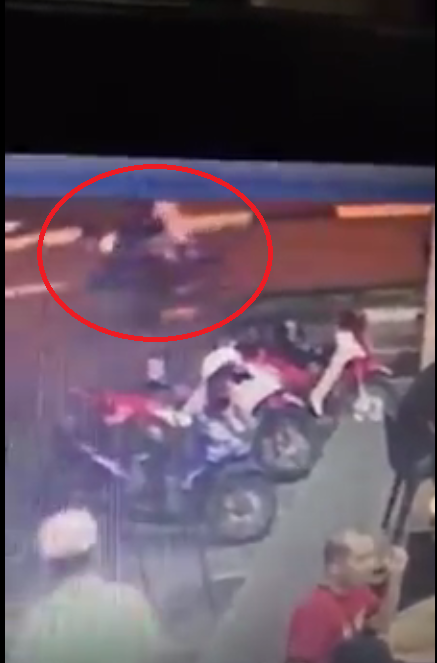 Fortunately, the story had a happy ending as they managed to find the little girl not long after and brought her safely home. The post also shows her parents crying tears of joy as they are reunited with their daughter. 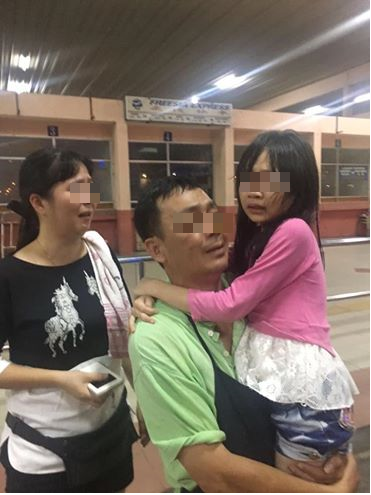 In her post, she warns parents and guardians to keep a close eye on their kids and always be aware of their whereabouts, especially when they are out of the house. She also advises parents to teach their children on safety precautions and what they should do if they have the misfortune to meet a predator.

After her post went viral, many concerned parents tagged their own friends and family and asked them to be careful and take care of their children. Because it literally only takes a split second and it could happen to anyone, even female adults. 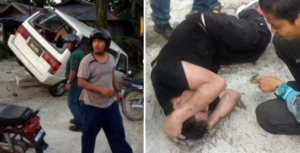