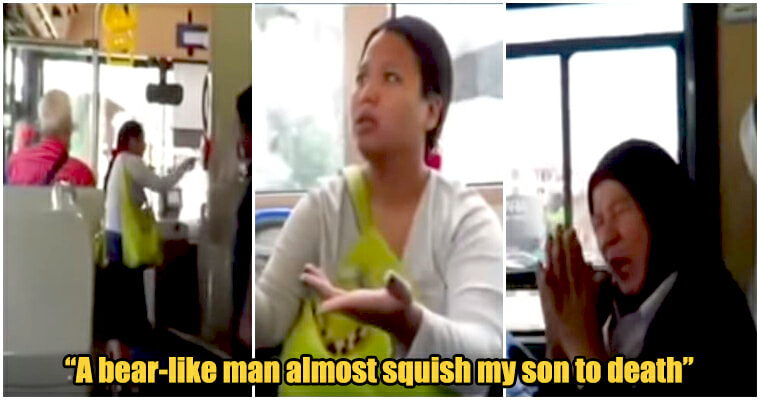 Hats off to those who can stay calm and collected while driving public busses around the bustling city. Just driving one is challenge enough, but you have to consider the reckless smaller cars and motorcycles on the road, and to top it all off, they have to deal with fussy, ignorant customers.

Shared on Youtube by BukanMakcikBawang was a video of an enraged lady who made a scene in a Rapid bus because the bus captain used the emergency brake. Due to the inertia of the sudden stop, her son was allegedly squashed by another ‘bear-like passenger’ and ‘could’ve been killed’ by them.

To her defense, her son is still a toddler, so it was possible(?) for him to be accidentally killed? However, no harm was done, but she insisted on ranting through the trip.

Impressively, the bus captain remained calm and even apologised to the aggressive lady. It wasn’t even her job to entertain harassment, but she still made an effort to explain herself, saying, “I am very sorry, an Axia car suddenly passed in front of the bus and I had to use the emergency brake. It had to be done, please forgive me.”

Meanwhile, a Twitter account, @bukangossipgirl, shared the video as well and in their comment section, a GoKL staff reacted to the video and admitted that the lady is actually a hobo!

“FYI, the rude one is a hobo, her daily job includes getting on and off the bus to ask for alms from the passengers. All of us who are in the GoKL gang recognized her. She could only scold the captain because she’s an elderly woman. If it was a guy she would’ve been slapped by now.”

“In addition, this lady would ride the GoKL Greenline bus starting with the trip from KLCC to Bukit Bintang and then back to KLCC.”

The bus ride was free and you’re still complaining? Lady, you need a huge attitude readjustment. 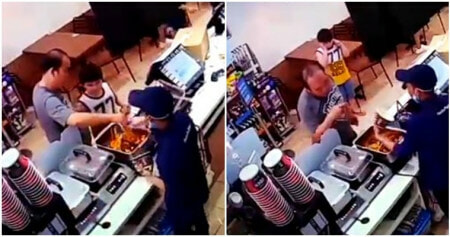