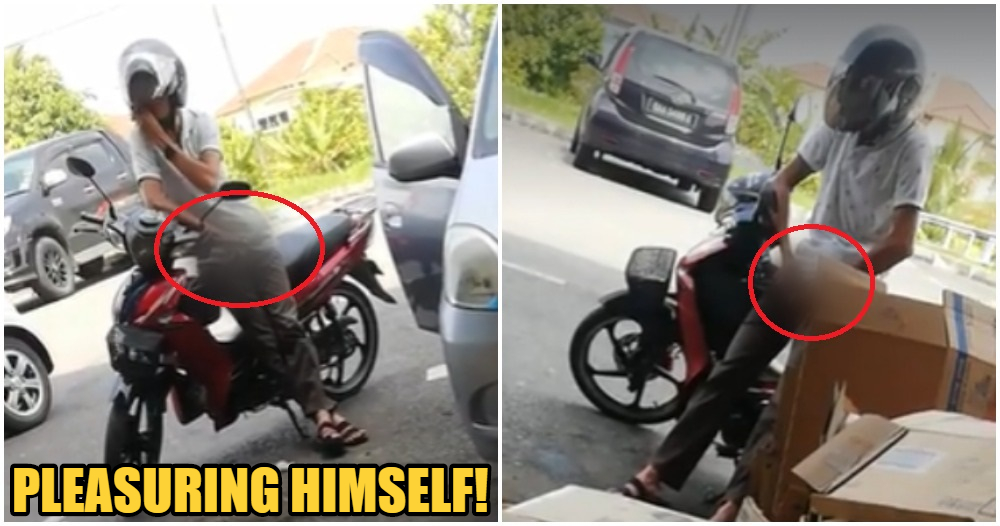 There’s a time and place for everything and this man clearly does not know that! 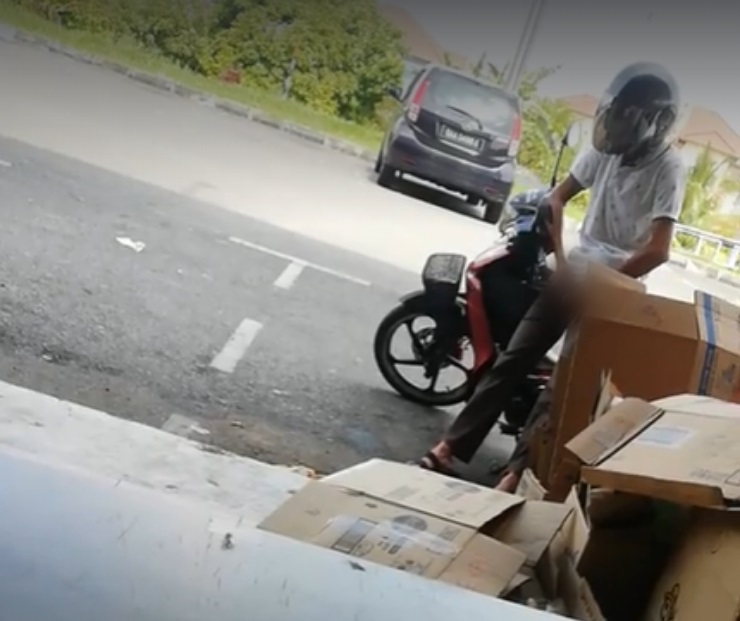 Today morning (30 October), he came back again on the same bike and started touching himself in front of her. She then started to record him. We can see from one of the videos that an aunty parked her car nearby and rushed into her vehicle while looking disgusted. Fitri told us that he ejaculated and left the vicinity. 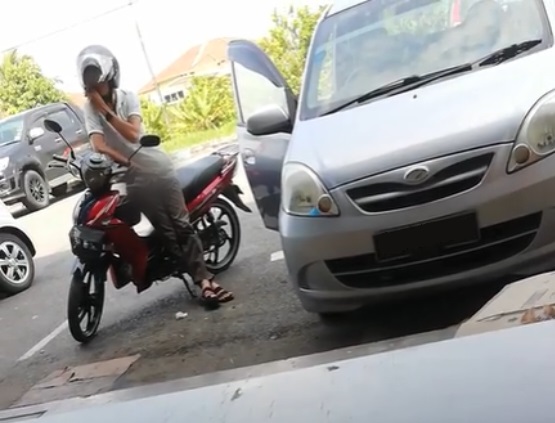 According to Fitri, many of the people who shared her post said that this man has always gone about doing disgusting things in the same manner. She also mentioned that she shared the posts and videos to warn people about this creep so that they will be careful. With the videos serving as proof, Fitri will be reporting this man to the police after she’s done with work.

One netizen said that the man might be intoxicated and he brings shame to the people of Muara Tuang. Other netizens are tagging their friends to ask them if this is the same man that they have encountered – to which the answer is always “yes”.

One netizen said that if that man goes to her storefront, she’ll splash him with hot water.

That is truly a very disturbing sight and it would be really traumatic for the people who have experienced it as well! So be ware of this man who’s terrorising the town! 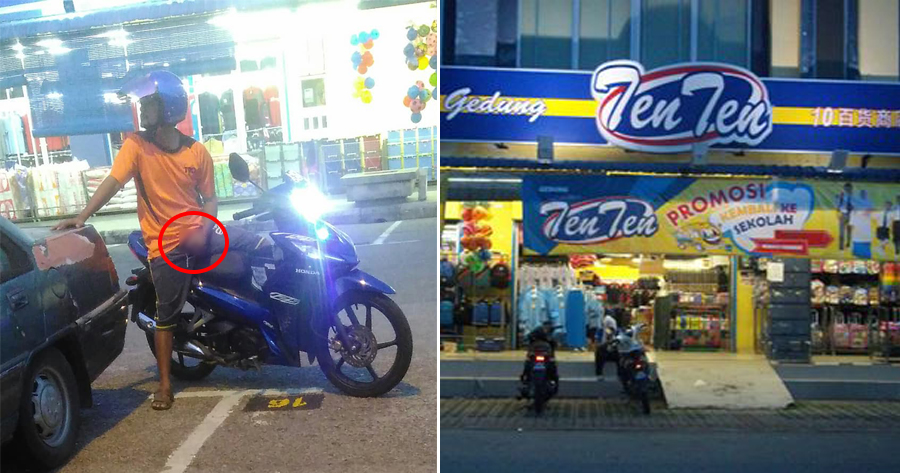