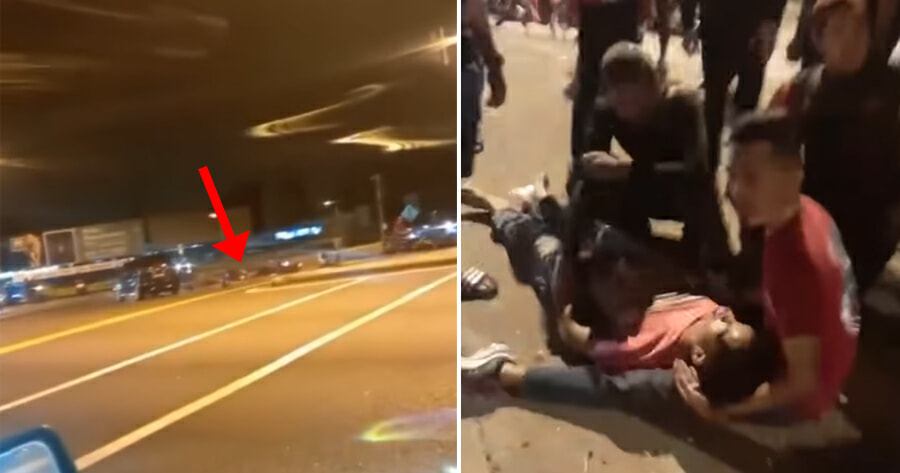 Two motorcyclists, or ‘Mat Rempits’, and one driver were injured after being involved in an accident that took place at Jalan Persiaran Raja Muda Musa, Klang.

In a video circulating on social media, several motorcyclists believed to be racing near a traffic light intersection can be seen crashing into a Perodua Viva, causing the car to spin.

Another video shows the motorcyclists on the ground after sustaining injuries from the crash.

He said the accident involved three vehicles- two motorcycles and a car.

“The first 24-year old motorcyclist suffered injuries to his head and body, and is still receiving treatment at the Tengku Ampuan Rahimah Hospital Red Zone (HTAR),” he said.

“The second motorcyclist, who is 18 years old, injured his right thigh, while the 22-year-old driver also suffered a right femur bone fracture.”

Shamsul Amar added that the police are looking for witnesses who were at the location during the incident.

Meanwhile, the case is being investigated according to Section 43 (1) of the Road Transport Act (APJ) 1987. 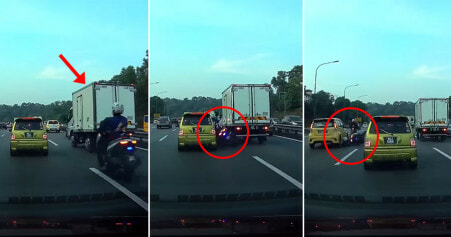