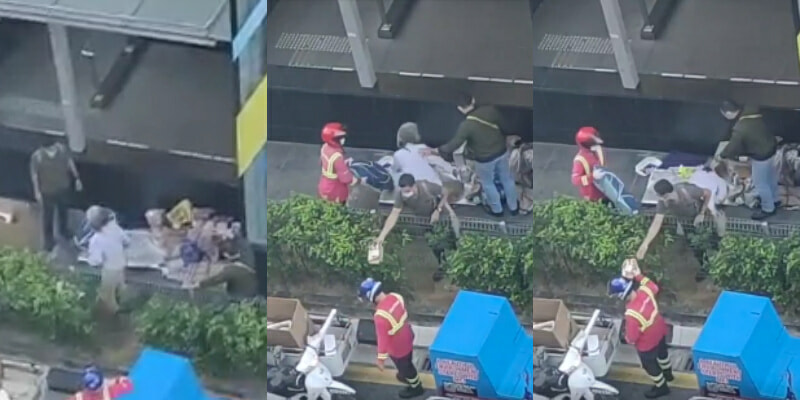 A video of a man, giving a swift kick in the gut of a homeless person went viral on social media.

The incident which took place in front of the Lot 10 shopping mall, Bukit Bintang received much attention from the public – most of whom were angry at the actions of the individual.

In the video, we can see that four men were tasked to clean up the area of the homeless person’s belongings.

After the homeless person tried to save what’s left of his possessions, he was at first pushed away by a person dressed in an olive green outfit. 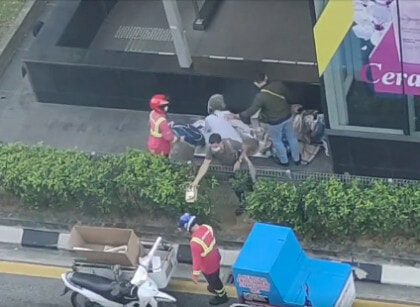 As the argument went on, it was apparent that the men tasked at cleaning up the area has had just about enough of the homeless person.

In the middle of the video, the individual in question gave the homeless person a swift kick in the gut, which resulted in the man clutching his stomach on the ground. 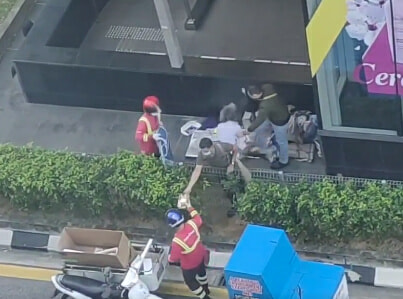 The video has since caught the attention of the authorities. According to the Dang Wangi District Police Chief Assistant Commissioner Noor Delhan Yahaya, the police are on the lookout for the individual.

“We invite members of the public to share any information they may have on the incident to help with our investigation.”

Let’s hope that the individual in question will be met with swift justice. This is not how we treat other human beings people!

Also read: 1 of 3 Suspects Who Ran Away From Roadblock Arrested & Positive For Drugs, PDRM Looking For Other 2 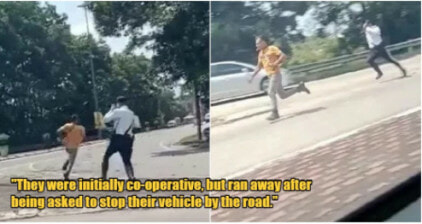