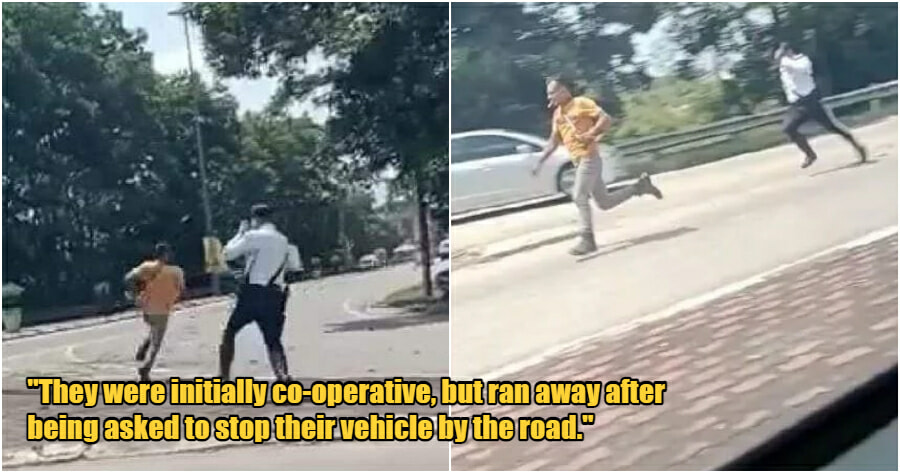 The video of a “police and thief” chase recently spread like wildfire and netizens have dubbed it as one of the funniest foot chases they have ever seen.

The identity of the man who ran away from the roadblock in Kampung Gaung, Pasir Mas, Kelantan has finally been identified by the police. The incident took place on 18 January around 1pm when police were conducting spot checks of some vehicles in a roadblock. The suspect who ran away was with 2 other men when police instructed them to stop their Proton Persona by the roadside. 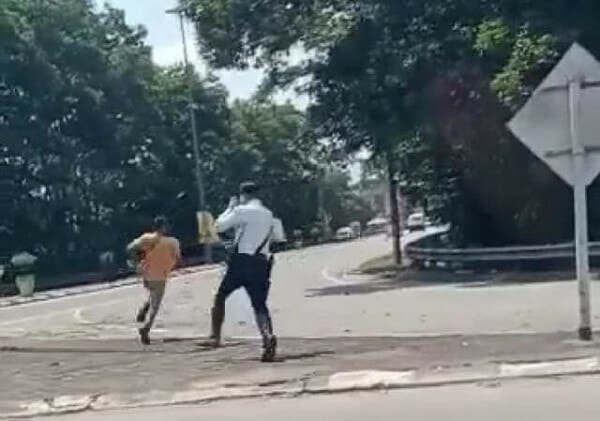 “Initially, they were co-operative. But when they were asked to stop by the road, the driver immediately stepped on the gas while 1 of them ran into the nearby bush,” said the chief police of Pasir Mas district, Assistant Commissioner Mohd Nasaruddin M Nasir.

Before the driver tried to speed away, he managed to produce his identification card to the police before the passenger in the front seat escaped from the car and ran away. The passenger at the backseat also did the same. 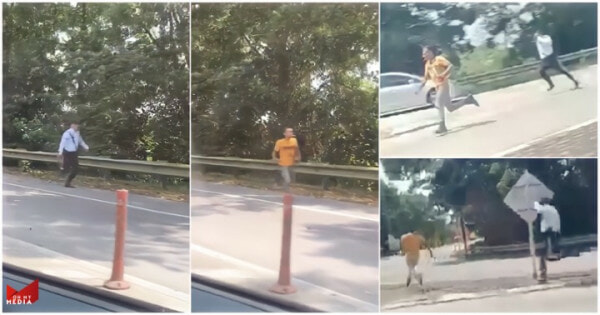 Looking at the incident, the driver, who had shown his IC to the police also ran away from the police. Consequently, the police have managed to arrest the front seat passenger, who is 37-years old. After conducting a urine test, he was confirmed to be under the influence of drugs, known as methamphetamine.

The police are on the hunt for the other 2 suspects who managed to flee from the roadblock and their identities have been identified by the police after investigations.

Do reach out to the police if you have more information about this incident! 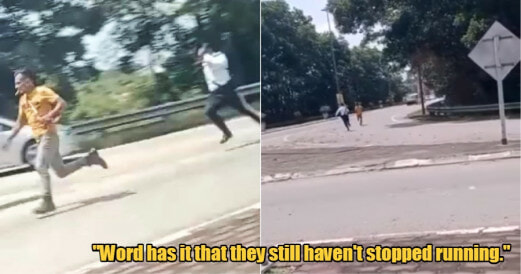