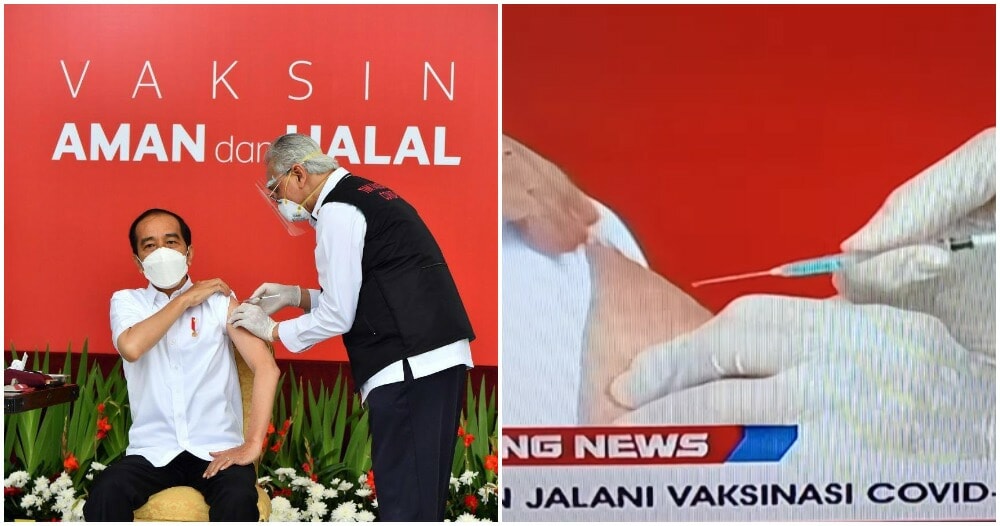 Indonesian President, Joko Widodo, became the first person in the country to receive Sinovac Biotech’s Covid-19 vaccine on Wednesday (13 January). In a Facebook post, the president said the vaccine is what they’ve been waiting for a long time after the National Agency of Drug and Food Control (BPOM) issued an emergency use permit.

He further explained that based on BPOM’s evaluation Sinovac has an efficacy of 65.3 percent, higher than the WHO standard of 50 percent. Previously, the Indonesian Ulema Council had also stated that the Sinovac vaccine was halal for use. 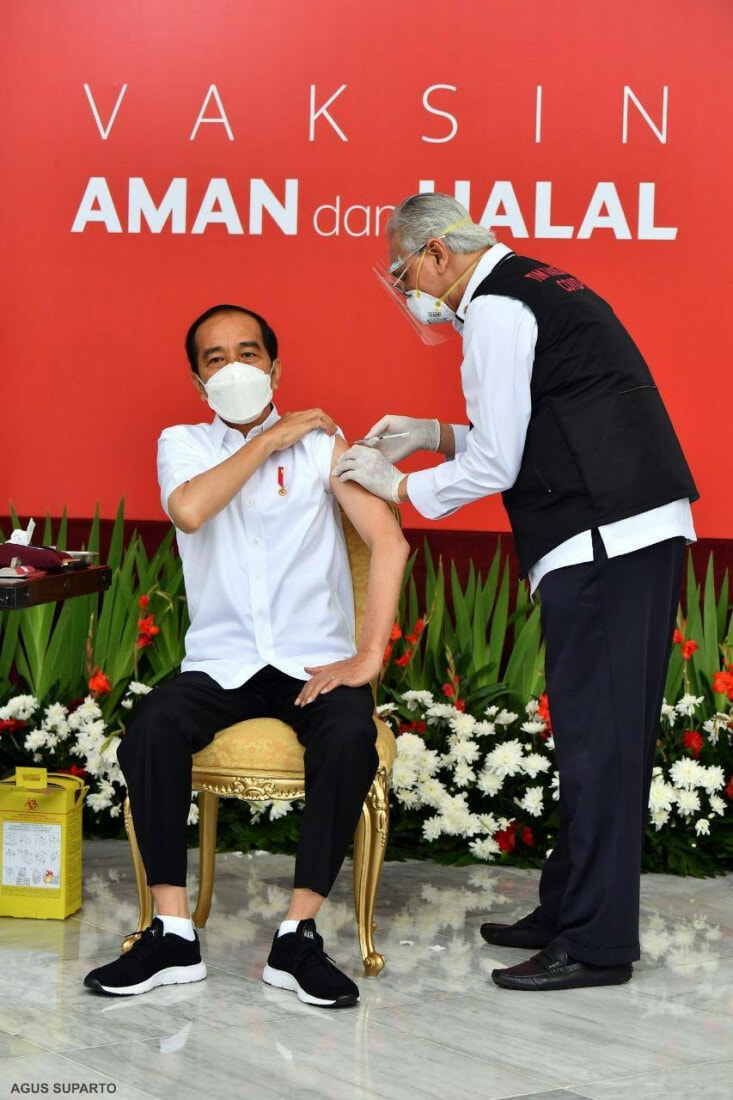 Despite this monumental moment, Indonesian (and Malaysian) netizens couldn’t help but notice how the Presidential Palace doctor, Dr. Abdul Muthalib’s hands were shaking uncontrollably in the video footage that showed him administering the vaccine.

Speaking to Kompas, the President explained the reason the doctor’s hand was shaking so much was that the Covid-19 vaccine administration was being broadcasted to the whole of Indonesia and was even conducted on live television.

“I was scared as well looking at him first. Dr Abdul Mutalib was nervous as he was injecting the President after all.”

Over on Twitter, Indonesians praised their president for taking the bold step of volunteering for the vaccine. Nevertheless, there were also some who produced some quality content from the situation.

The vaccine couldn’t come at a better time as Indonesia is currently the worst-hit country in Southeast Asia with more than 840,000 confirmed cases and 24,500 deaths. According to Channel News Asia the country has secured more than 300 million doses of vaccines so far, which is targeted to inoculate more than 180 million people.

Prime Minister, Tan Sri Muhyiddin Yassin has volunteered to be the first person in our country to receive the vaccine to which we hope that none of the frontliners suddenly develop “disco hands” syndrome! 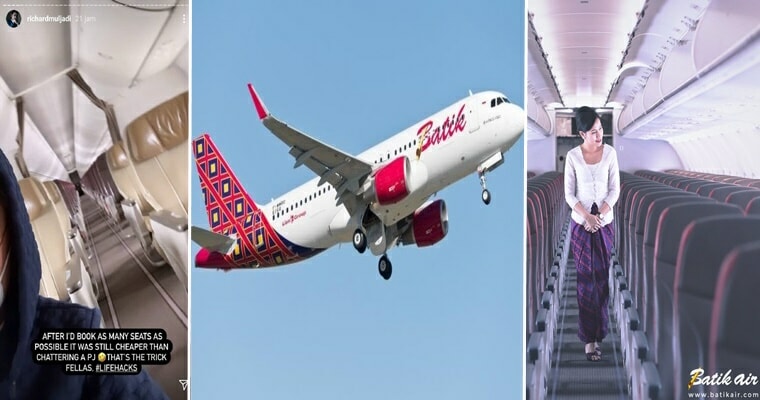