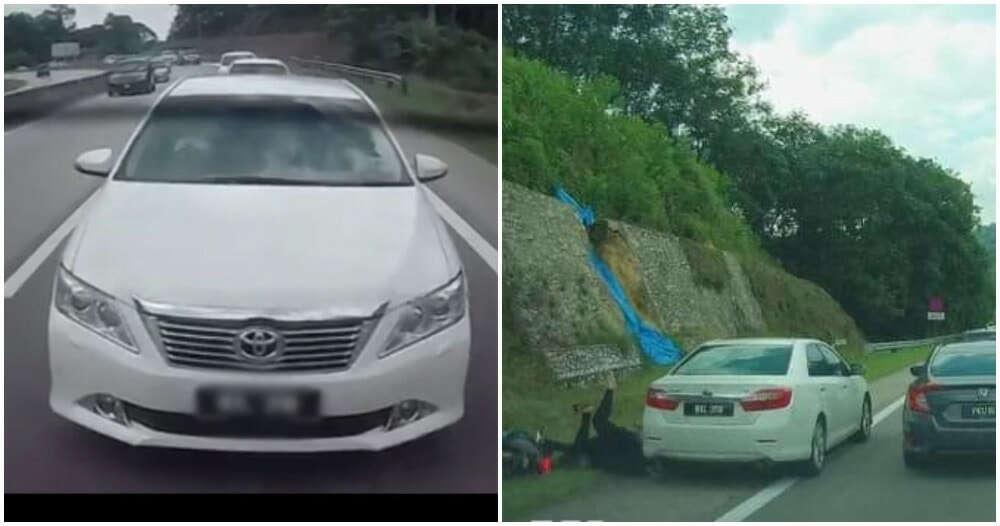 The driver of the white Toyota that caused an accident near the Karak-KL Highway heading towards the Gombak toll yesterday has turned in himself to the police. For context, a video of a white Toyota driving in the emergency lane and then causing an accident has been circulating on Twitter and Facebook.

This has caused outrage among netizens calling out the driver for his irresponsible actions. The Royal Malaysian Police (PDRM) also issued a media statement regarding the incident and is currently working on the investigation. 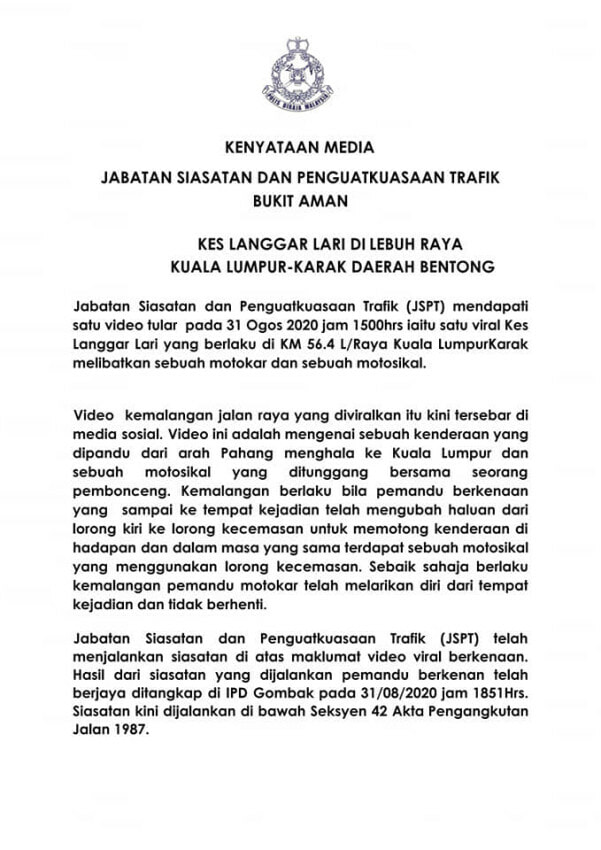 In the media statement, they confirmed that the alleged driver, a 37-year-old man, has been confirmed to turn himself in yesterday according to the Chief of Traffic Investigation and Enforcement Department Pahang, Superintendent Kamarulzaman Jusoh. The report was logged at the Gombak Police Station at 6.51pm.

According to Kamarulzaman, the vehicle is also detained for further inspection. The two victims involved with the accident are being tracked to further assist the investigation.  The two victims are believed to be an Orang Asli man and a Malay woman.

Bentong Police Cheif, Superintendent Yusuf Unis explained that the incident happened at 2.30pm when the vehicle driven by the suspect moved into the emergency lane to overtake the car in front.

Yusuf told that the driver did not stop his vehicle after the accident as reported by Harian Metro. “The investigation is underway according to Section 42 Road Transport Act 1987”.

Drivers should be more responsible and always avoid using the emergency lane. What are your thoughts? Share them in the comments.