Today, social media has yet again proved that it can also be an important medium in the effort to stop bullying. A video regarding Quaden, Australian boy with Dwarfism, went viral yesterday because it vividly shows the after-effects of bullying on someone. This viral video has garnered millions of views and received support from people all over the globe.

In the video, the pained voice of Quaden’s mother could be heard as she was witnessing  her son express suicidal thoughts in a state of distress. 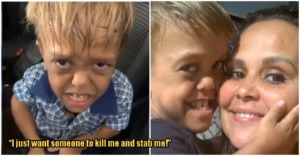 It broke the hearts of netizens to have witnessed the tears and anguish of this 9 year old boy. However, things seemed to have turned around today. 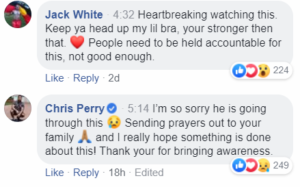 A GoFundMe account was started by a man named Brad Williams and he aims to bring Quaden to Disneyland! According to an article published by the NY Post, Brad has established direct contact with Quaden’s Mum, Yarraka Bales.

The GoFundMe’s initial targeted amount was 10,000USD, but it has since been surpassed! The GoFundMe currently has accumulated a total amount that exceeds 170,000USD. Thanks to netizen’s generosity, Quaden and his family can now hopefully, have a well deserved vacation. According to the GoFundMe post, Brad will use the funds to buy airline tickets that will fly Quaden and his mother from Australia to Los Angeles. Their food and hotel costs will be covered too! The remaining funds will then be donated to anti-bullying and anti-abuse charities.

Aside from the GoFundMe, Quaden also received support from the National Rugby League’s All Stars Team called “The Indigenous”. They even invited Quaden to lead the Indigenous All Stars out onto the field for an upcoming match. 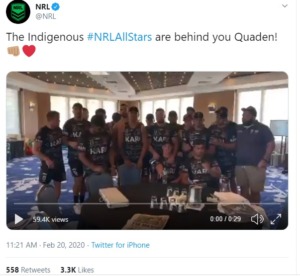 Quaden received support from the X-Men, too! Hugh Jackman posted of a video on Twitter stating that Quaden has a friend in him and that bullying is not okay. “Life is hard enough, so let’s remember, every person in front of us is facing some kind of a battle, so let’s just be kind,” said Hugh. 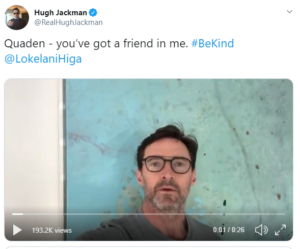 We wish Quaden a well deserved vacation at Disneyland! Bullying has to stop. Blowing out someone else’s candle has never helped our candles shine any brighter. Instead, we should be nicer to each other and help make the world a better place.

If you’re experiencing bullying or any forms of distress, seek help and talk to someone.