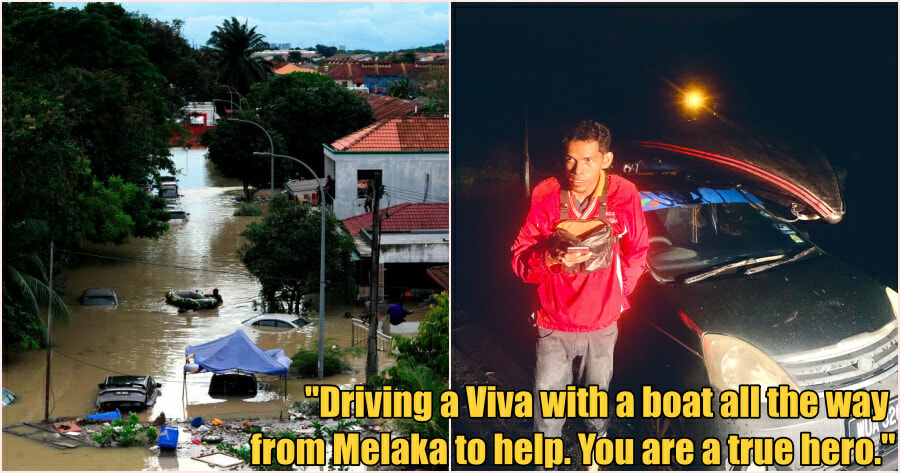 As the saying goes, in times of crisis, heroes are born.

The flash floods which have devastated the country have left many stranded after losing their homes and all of their belongings. Many Malaysians have jumped without hesitation to the rescue of those in need.

Recently, a story on social media warmed the hearts of Malaysians. In a Twitter post, Cheng shared the story of how he had encountered a man who had driven to Puchong from Melaka to help the flood victims.

In his post, Cheng writes, “Abang Azwan came from Melaka and brought his boat to help in Shah Alam this morning, he then went to backup Puchong, and now he wants to go to Sri Muda to help the victims there.” 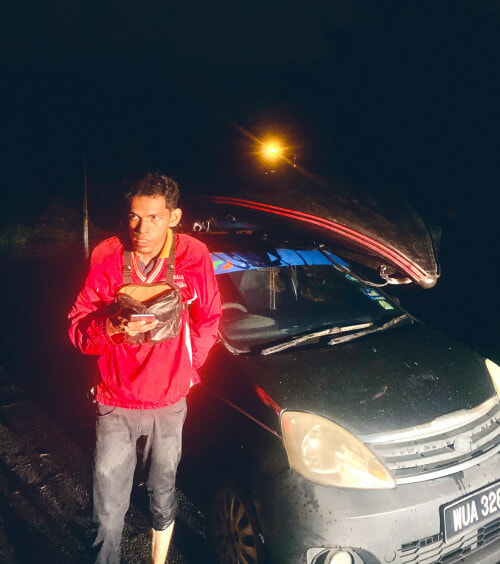 Cheng added, “After helping to save dozens of victims, he lit up a cigarette and continued to proceed to offer a hand elsewhere. Truly a legend!”

Pledged to use donations to help those in need

Cheng also explained that Azwan had provided his bank details so that people are able to donate funds to those in need, via himself.

“Latest update: the funds that all of you have given to Azwan will be used to purchase items for affected victims. I will update the total amount that has been used,” he said.

Speaking to WORLD OF BUZZ, Cheng said that the latest total amount of funds donated is more than RM1,000 according to Azwan.

The tweet has amassed plenty of attention and currently stands on over 22,600 likes and 27,600 shares. Many users praised his actions and how brave and selfless he is. Some even joked that Azwan has acted faster than those in power.

One user commented, “Brought his boat with a Viva, not even a four wheel drive. What kind of excuses more will the incompetent government give.”

“Driving a Viva with a boat all the way from Melaka to help. You are a true hero man,” said another.

Another user said, “Heroes don’t wear capes, and they most certainly don’t carry any titles with them.”

We commend Azwan’s selflessness and his urge to help others no matter what. We hope to see more unsung heroes being commended and praised for the work that they do. 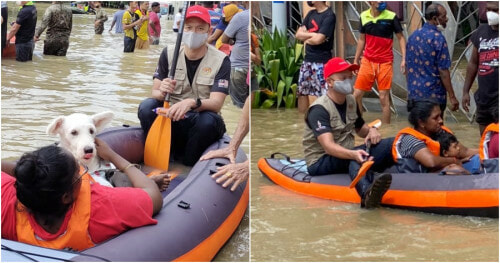