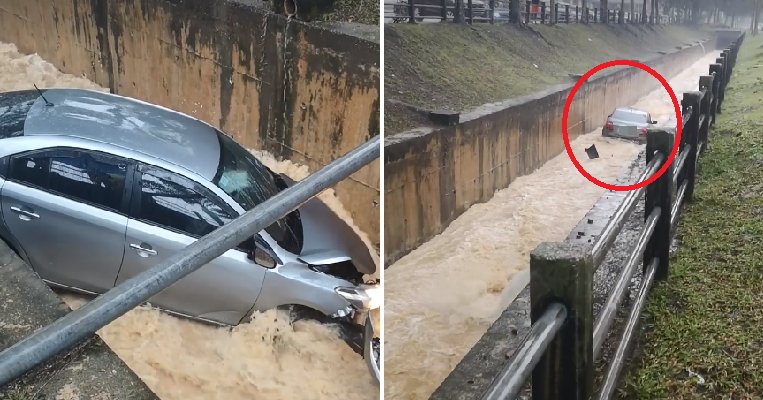 It’s the monsoon season in Malaysia now and almost every day, we are bound to experience rainfall at almost any time of the day. Of course, some of us are happy that the temperature is way cooler but the increased amount of rainfall causes flash floods, accidents and traffic jam so it isn’t all that great. 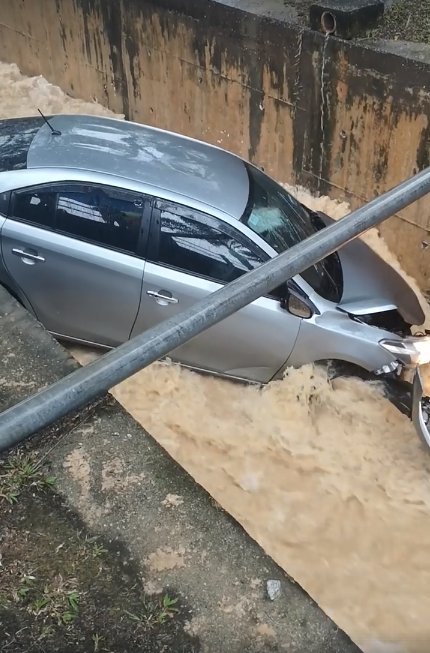 Recently, some videos were circulating on social media, which caused netizens to be shocked and well, slightly amused at the predicament a certain Toyota Vios was in. In the videos, it can be seen that the Vios had apparently crashed into the divider and plunged into one of the storm drains by the roadside.

At that time, the rain was still coming down heavily and the car was wedged in between both sides of the drain as onlookers tried to think of ways to get the car back up. The front and back of the car were already damaged with the bumper and bonnet almost falling off when suddenly, the strong current in the drain proved to be too much for the Vios. 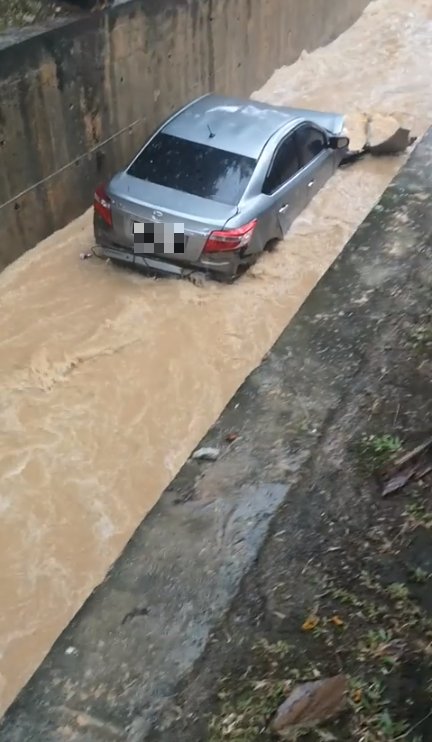 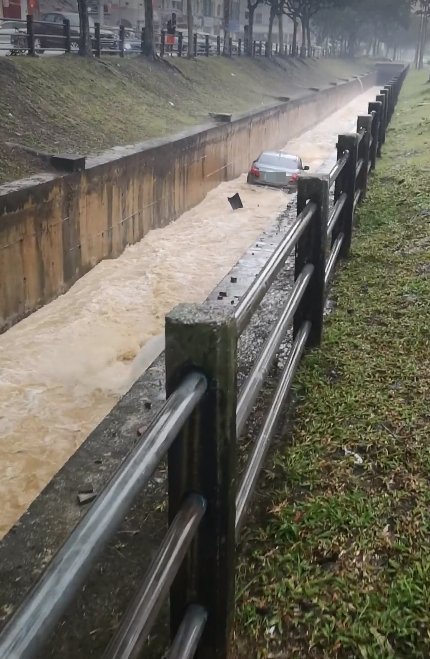 It is believed that the incident happened near Sunway Giza Mall on November 4. Netizens were worried about the driver or any other passengers in the car but it looks like they were already rescued out before the car got washed away by the rain. Many of them were also rather tickled by the car just floating down the drain like a boat while others were tagging their friends asking them to be careful when driving. 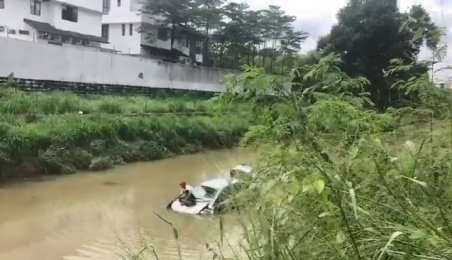 The netizen has clarified with WORLD OF BUZZ that there were three people in the car who were safely brought out before the car floated away and they were all foreign students who escaped with minor injuries. The Toyota Vios is a rented car and they managed to find the car the next day. It looks like the car can still be salvaged and is not a total loss! 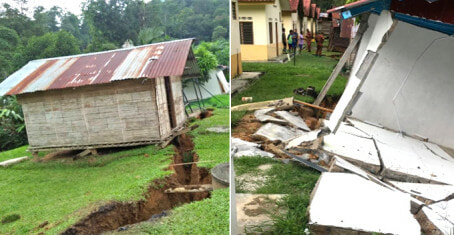