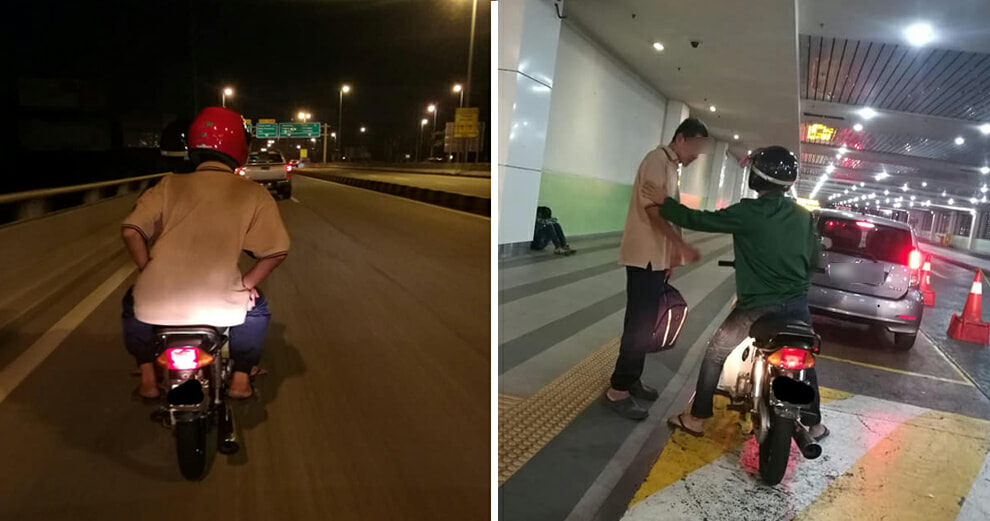 Eid Al-Adha or Hari Raya Haji is all about sacrifices as well as doing good and this wholesome action by three young Malaysian men definitely highlights that!

Recently, a Facebook post by a netizen named Ajak Santero went viral, where he recalled an encounter with an elderly pak cik who was by the road hitchhiking for a ride during the night of Hari Raya Haji yesterday (11th August 2019). The post, which has garnered more 5.3k shares and 800 shares, details how Ajak and his friends helped out the pak cik by giving him a ride to TBS with their motorcycles. 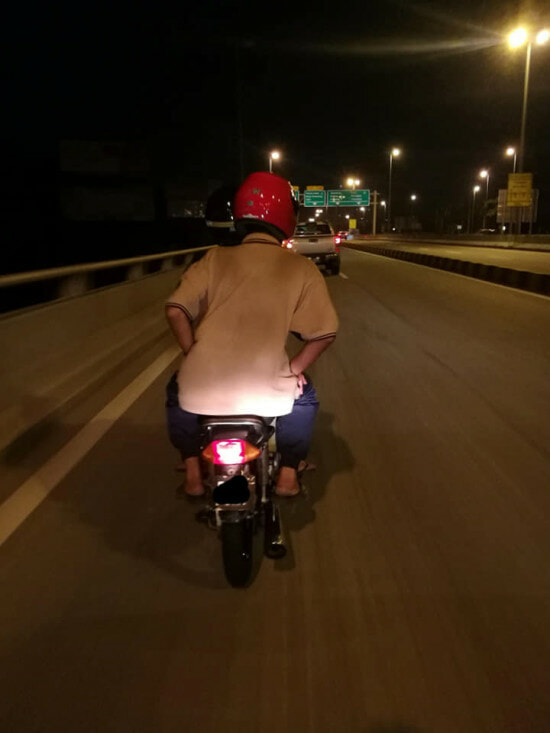 During the incident, which took place shortly past midnight, the three of them were riding on their motorcycles around Taman Medan, Petaling Jaya when they saw an elderly man in his 50s with a sling bag by the roadside trying to hitch a ride. Intrigued and worried about the pak cik, the three friends stopped and asked him why he was there at such a late hour.

The elderly man then asked the group for some help, saying:

“Adik, can help to send pak cik to TBS? I want to go back to Ipoh but there’s no transport for me to go there at this time..”

The elderly man further clarified that he went to the nearby mosque to spend the night but he was asked to leave by those that guarded the mosque.

Shocked by the revelation of how the pak cik was denied the ability to stay the night at the mosque, especially during a Muslim celebration such as Eid Al-Adha, the three decided to help him by personally sending the pak cik to TBS. 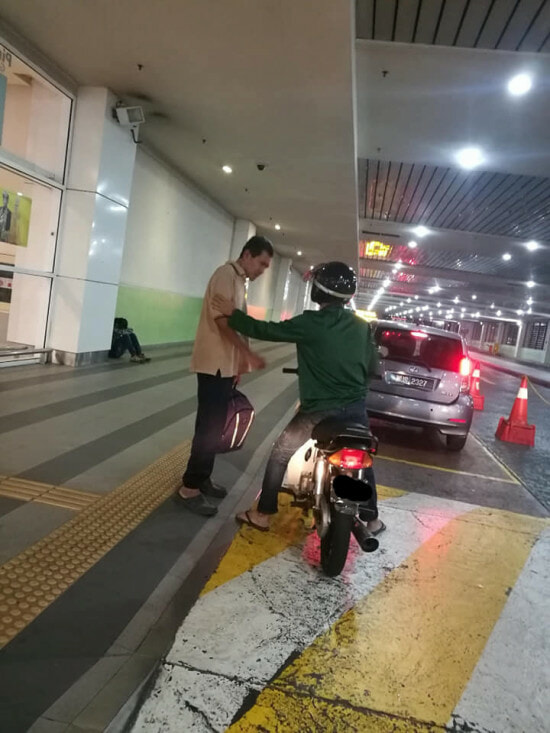 As soon as they arrived at TBS, the elderly pak cik started to tear up and cried due to being touched by the generosity of the three young men. The three friends then asked whether he had any money to cover the travel expenses back to Ipoh, and the pak cik nodded that he did indeed have enough money.

However, seeing how the pak cik might have just said that to not further burden the group, the three friends decided without hesitation to give him some pocket money anyways.

Touched by the kindness of strangers during the holy period of Eid Al-Adha, the elderly man said this to them as they parted ways,

“Thank you so much. Selamat Hari Raya and have a safe ride back home. Hope we can see each other in Heaven, InsyaAllah.“

Faith in humanity restored! What do you think of the whole incident? Do you have any stories or personal experience similar to this? Share your thoughts and stories with us in the comments section!

Also read: M’sian Goes Viral For Helping Elderly Man Who Was Lost in KL for 3 Days After He Got Cheated 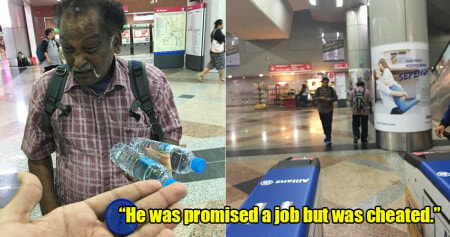