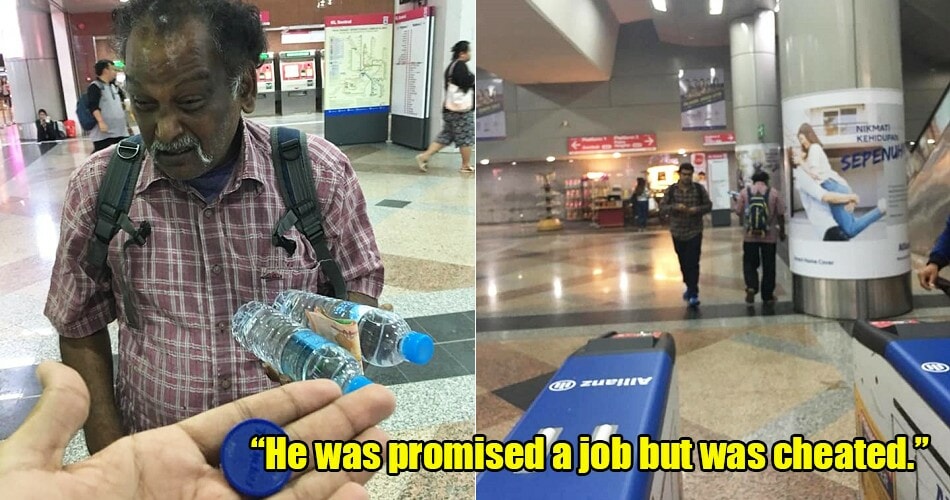 A Malaysian man posted about an encounter that he had with an elderly man who was robbed and cheated in Kuala Lumpur (KL). He shared his experience via Facebook and it’s honestly very devastating to read.

Darshan wrote that the elderly man, Mr Ravi asked Darshan for a favour while he was waiting in the queue to withdraw money from the ATM. Ravi who was standing in front of Darshan turned around and asked Darshan to help him enter his ATM card details because he had poor eyesight.

“I was withdrawing money from (the) ATM when this uncle who was in front of me turned back and said he couldn’t see properly and asked me to type in his ATM card details for him.” 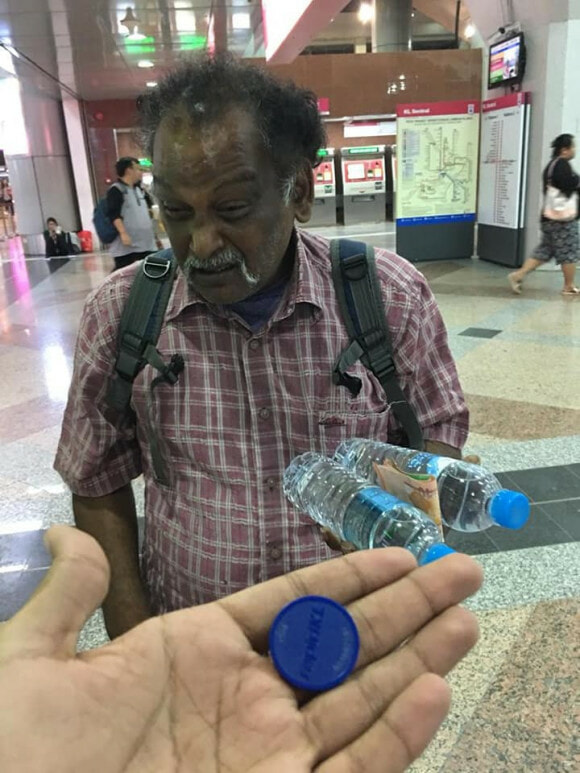 Ravi asked him to withdraw RM50 from his account but Darshan realised there was only RM10 left inside. Darshan felt terrible for the man’s situation as he looked very exhausted.

“He looked exhausted and I felt bad so I asked him what he needed the money for and he said it was so he can go back to Ipoh. He had gotten someone to bank in RM50 so he could go home.”

Ravi even showed the receipt as proof but still, the RM50 wasn’t inside his bank account. Darshan further revealed that the elderly man was actually promised a job as a security guard in KL.

However, much to his dismay, Ravi’s money and belongings were stolen by the people who offered him the job. So terrible! 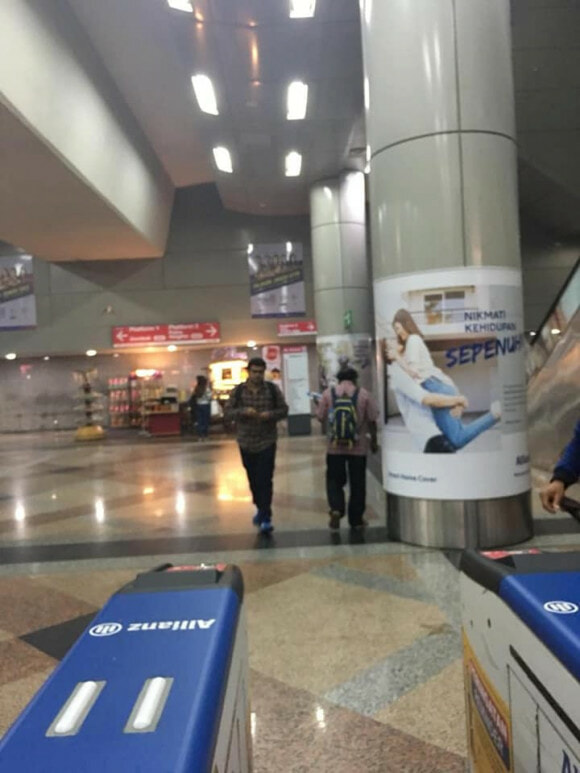 What’s even more gut-wrenching is that Ravi had been lost in KL for three days straight. Poor man.

Thus, Darshan decided to purchase an LRT ticket to Pasar Seni so that Ravi could get on a bus back to Ipoh. He also gave Ravi some water and cash for his journey home. A good Samaritan.

Following that, Darshan’s kindness towards Ravi was praised by netizens as many of them expressed their respect for Darshan and hoped that Ravi reaches home safely. Well, we hope so too! 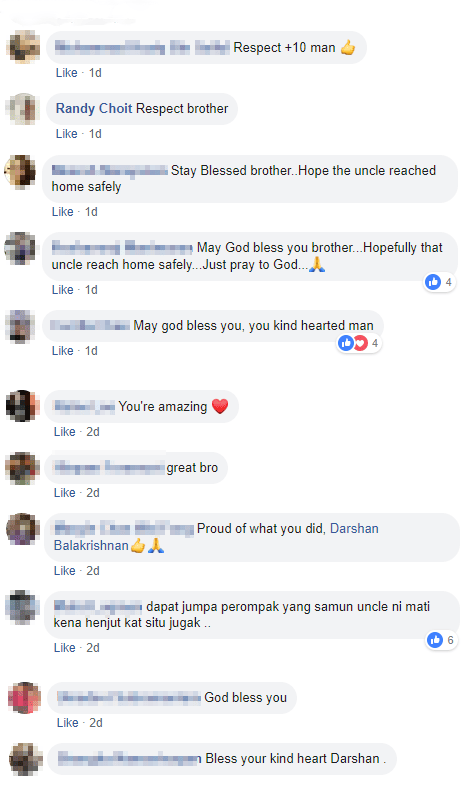 At the time of writing, Darshan’s post has garnered over 6,000 shares and more than 100 comments.

Having said that, Darshan said that this isn’t the first time he had come across a lost elderly person. Apparently, it’s very common.

Therefore, Darshan urged everyone to be a little more kind to each other and to help those in need. He stressed on the need to protect and help elderly people in Malaysia and suggested that we should help them if we meet a needy elderly person. That’s good advice.

All in all, Darshan did the right thing by going out of his way to help Ravi and we sure do hope that Ravi reaches home safely. On the other hand, as suggested by Darshan, we should always lend a helping hand to elderly people like Ravi. 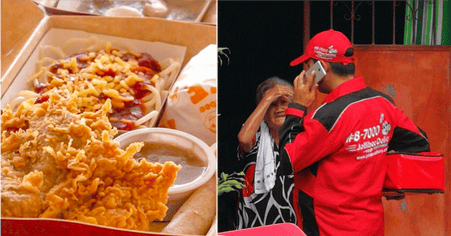