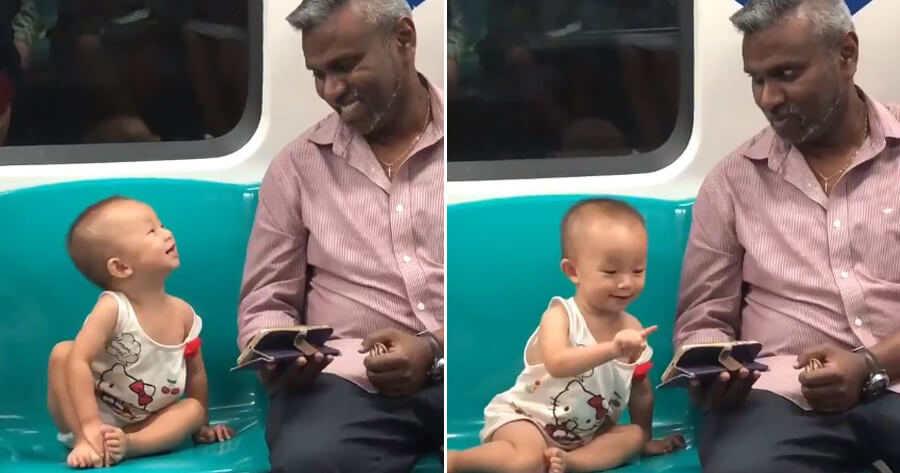 If you woke up on the wrong side of bed this morning and need a quick cheer-me-up, you need to watch this!

It was just an ordinary day for this Singaporean man when he took the MRT with his daughter some time this week. Shortly after, a little girl, about two years old, and her mother boarded the train.

The little girl was placed in her own seat next to the man, but seemed a bit restless, according to the man’s daughter. So, he whipped out his phone and started playing Tom & Jerry clips to calm the little girl down. 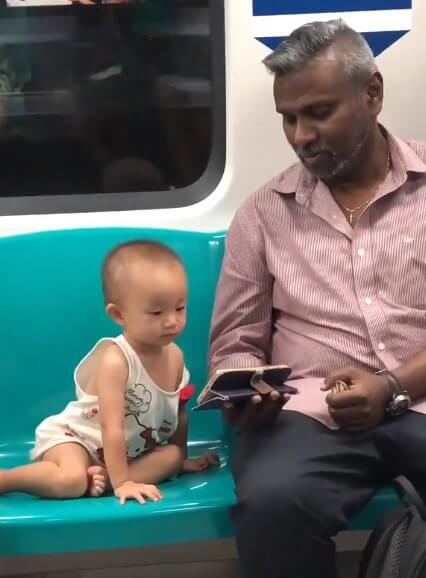 It was a precious moment to witness as the girl could be seen enjoying herself, breaking out in giggles as she watched the cartoon with the man. Grinning from ear to ear at the man, she seemed wildly entertained and even turned to her mother next to her and said “No”, probably because her mother did not want her to disturb the man. 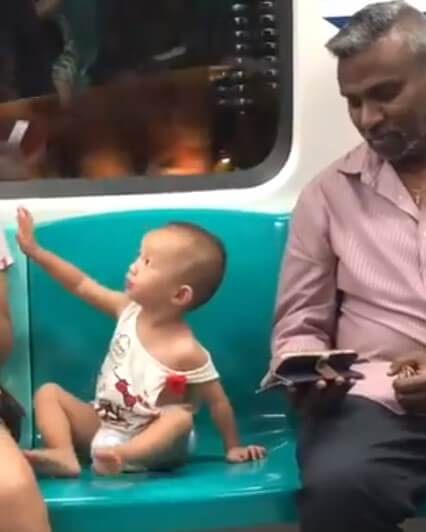 The man’s daughter managed to capture this adorable sight on video and posted it on her Twitter account. The video immediately went viral, getting more than 35,000 retweets and over 102,000 likes at the time of writing.

“The little baby girl and her mother boarded the train and took a seat next to my dad. The baby was very energetic and she seemed restless. So then my dad decided to play some cartoons on his phone for her to watch. He figured she’d calm down if she was entertained by something. The baby’s mother was also very nice. She seemed really glad that we were playing with her baby,” the man’s daughter told Mothership.sg.

Watch the overload of cuteness here:

Hope this made your day better! Don’t forget to share it with your friends if you know they’re feeling down. 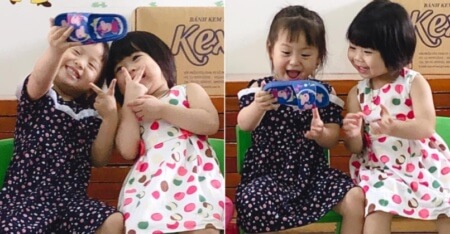