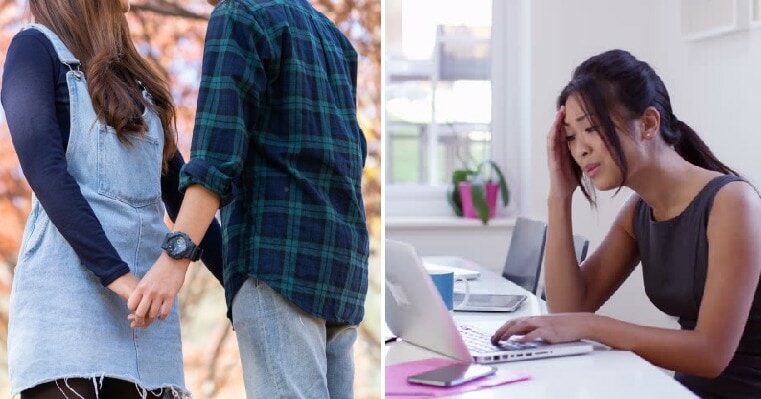 It can be difficult to find love when you’re an employee working hard every day, which leaves you with barely any time to have meaningful relationships. And this leads to awkward questions from concerned relatives especially when Chinese New Year is just around the corner. 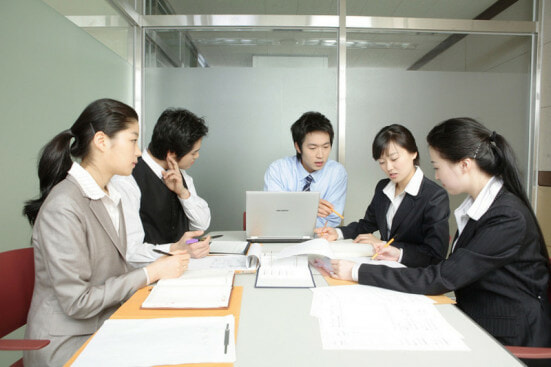 This company in China, Songcheng Performance has been gaining attention after a statement regarding days off during the upcoming Chinese New Year season went viral. That’s because they announced that unmarried women above the age of 30 are entitled to 15 days off for the festive season to encourage them to find partners. Wow! 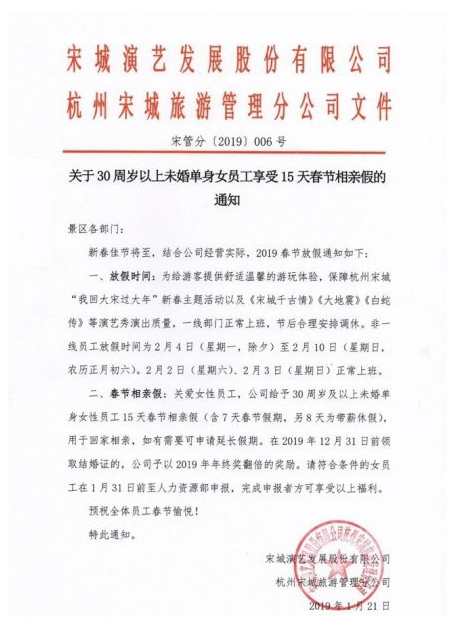 The company said that they hoped by giving these holidays to their eligible female employees, it would help them meet their life partner especially during Chinese New Year when well-meaning family members like to matchmake single relatives. They even added that if needed, these female staff could request to extend their days off.

Yet, that was not the most surprising thing about the announcement. It seems that as an additional incentive to encourage these employees to get married, the company stated that if the couple can produce a marriage certificate before December 31st this year (2019), the employee will be able to receive a double year-end bonus. 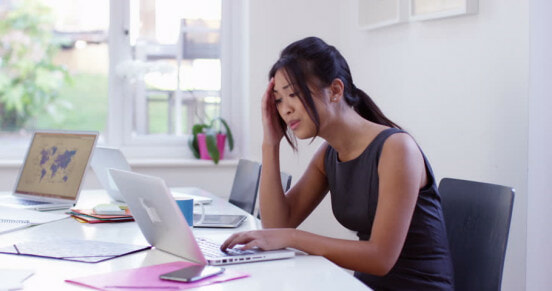 This was also partly why male employees did not get to enjoy the same benefits and the company said they did not hear any complaints from the men about not having time for a relationship. Netizens who saw this unusual notice were amused and envious as some of them said, “I should really ask my boss to do the same.”

Another said, “Even if I have a boyfriend I would pretend to break up with him and then take the extra days to go travelling.”

That’s a pretty unusual benefit! What do you think of these extra days off?

Also read: This School Gives “Love Leave” to Single Teachers So They Can Find Their Soulmate 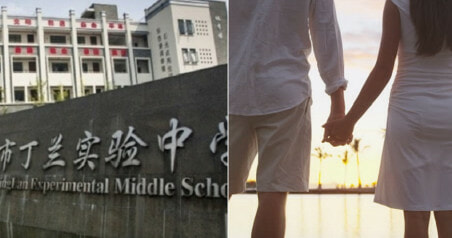