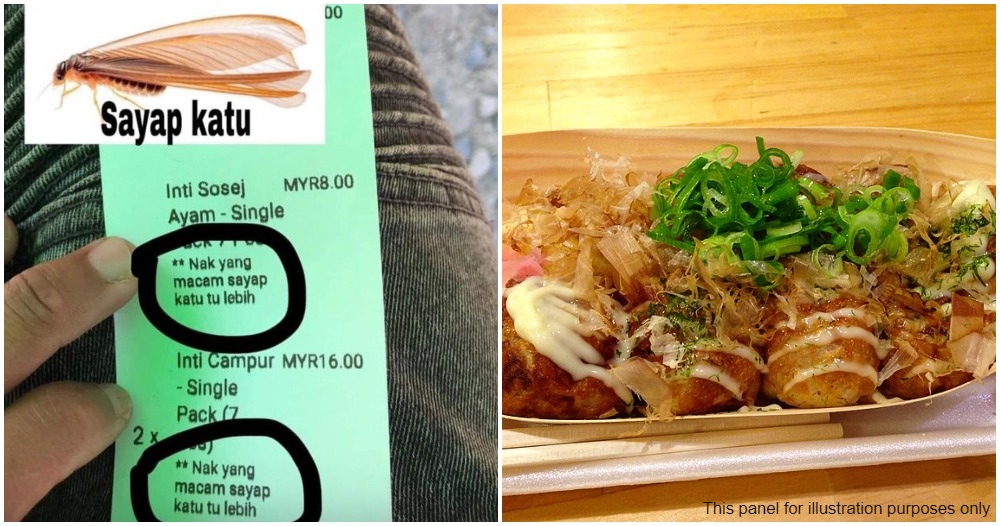 Takoyaki is definitely a very yummy Japanese dish. If you have never heard about it before, takoyaki is dough balls that have been pan-fried and once you bite into it, you will reach the filling of your choice (often octopus). It is usually topped with two sauces, a brown sauce and mayonnaise. Bonito flakes will be sprinkled on top to add another dimension of flavour. Bonito flakes are dried fish flakes and they ‘dance’ when they are exposed to heat. 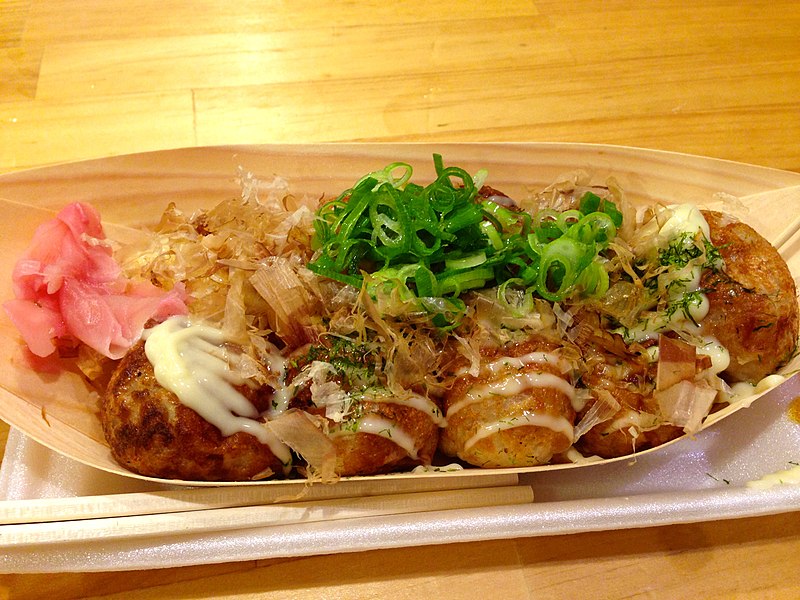 One man in Kedah who goes by the handle @Nanash711 on Twitter shared how he loves to eat takoyaki with extra bonito flakes. However, he had forgotten what the dried fish flakes were called when he was ordering takoyaki, so he got creative and thought of something that had a similar texture and colour. He thought long and hard and finally came up with an item resembling bonito flakes which is the wings of flying termites! In his order, he put in a special request which said:

“I want more of the one that looks like termite wings.”

This simple tweet has of course gone viral with 18,000 likes and 12,000 retweets. Many netizens have also expressed that they see the resemblance between termite wings and bonito flakes.

Well, one thing’s for sure, bonito flakes definitely taste and smell better than flying termite wings!

Have you ever forgotten the name of an object and had to think for their alternate name? Let us know in the comments. 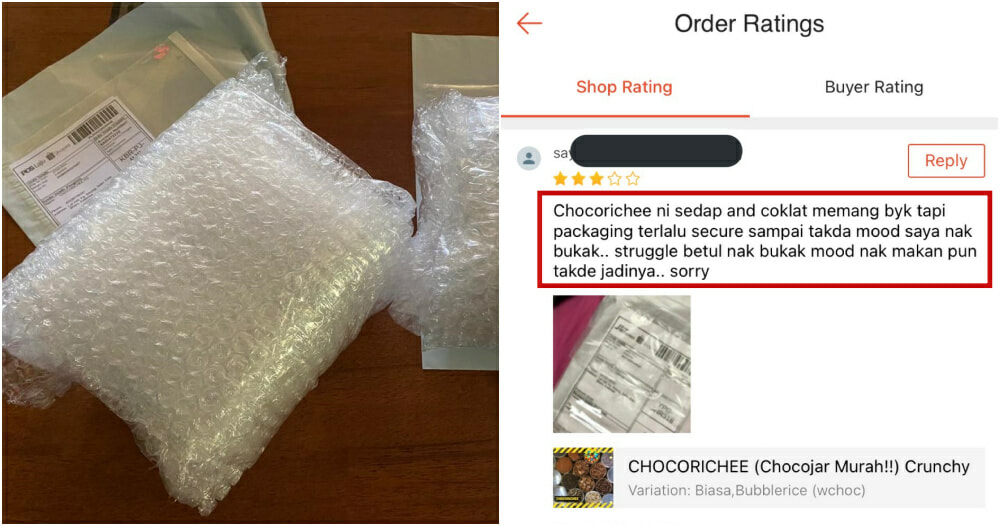