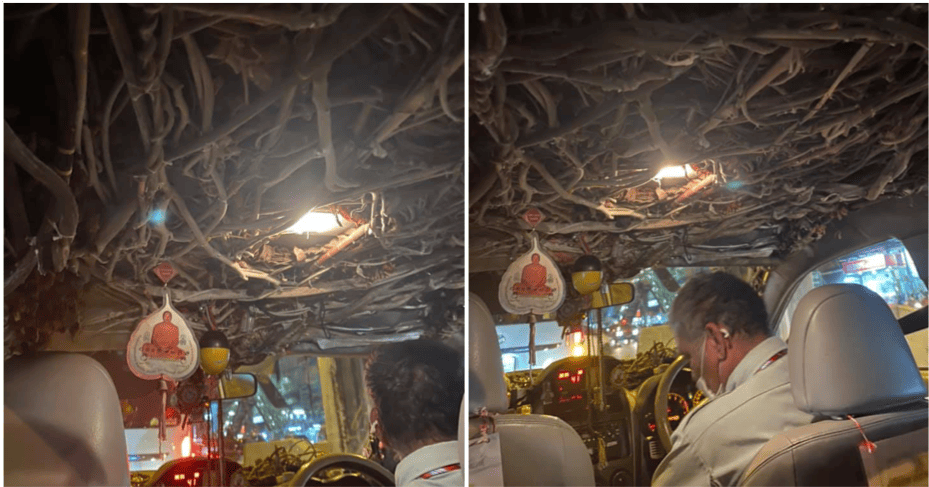 Call it cultural beliefs or superstitions, but we do know that there are some drivers who like to hang things in their cars for luck or protection from anything bad. Some hang religious writings while others hang lucky charms on their rearview mirror. But for one taxi driver in Bangkok, he has elevated his game by literally having holy vines growing inside of his car.

The picture of the taxi was shared by Pizchy’s Paniwan on Facebook where she mentioned that the ride felt mystical albeit feeling afraid. However, it is safe to say that she managed to reach her destination safely.

For the cab driver, however, he was not really lucky as he was ordered to pay a fine of THB1,000 (about RM133.90) by the Land Transport Department. According to Coconuts, the driver, Wichai Chinwong decided to let sacred wood vines grow inside his car as he believes it will bless him as he transports passengers which can make him wealthy as well as protect him from any road accidents.

Unfortunately, apart from the fine, Wichai will also need to attend a taxi driver training for three hours. Although the view from inside the taxi is cool, we do understand the worry behind it. Having the wood vines might put the passengers in danger if the taxi was to be involved in any collision. Hopefully, Wichai will stick to hanging a smaller lucky charm after he finishes his training!

Also read: Watch: Taxi Driver Wastes No Time & Does Sit Ups While Waiting for Traffic to Get His Ripped Abs 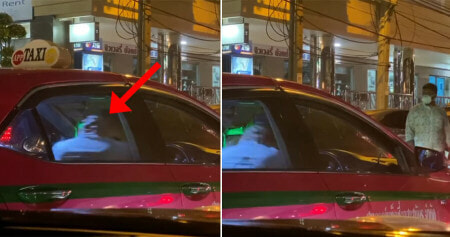