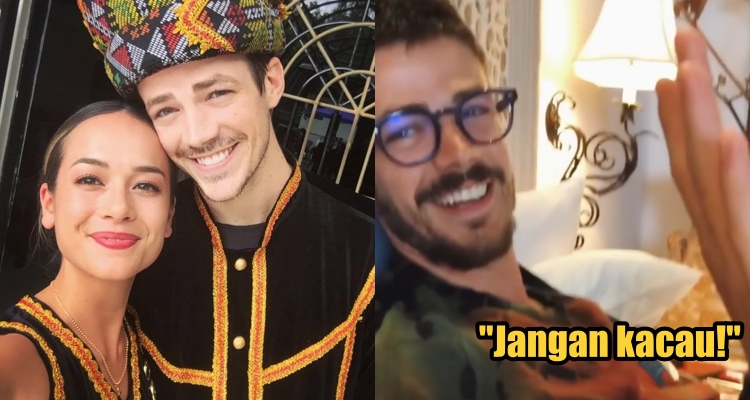 Malaysians love it when foreigners try their best to speak our national language — Bahasa Malaysia, and it’s even more fascinating to see foreign actors or actresses do it. Many may think that it’s fanservice for celebrities to speak our language, but this time, it’s The Flash doing it to his beloved wife.

The popular American star, Grant Gustin (The Flash) married Sabahan girl, Andrea Thoma back in 2018. Most of the time, intercultural marriage also means marrying into each other’s culture. And for Grant, it includes learning about his wife’s language. According to Lobak Merah, even though she’s born and raised in Ohio, United States, her family would still return to Borneo a couple times a year to keep in touch with their roots. 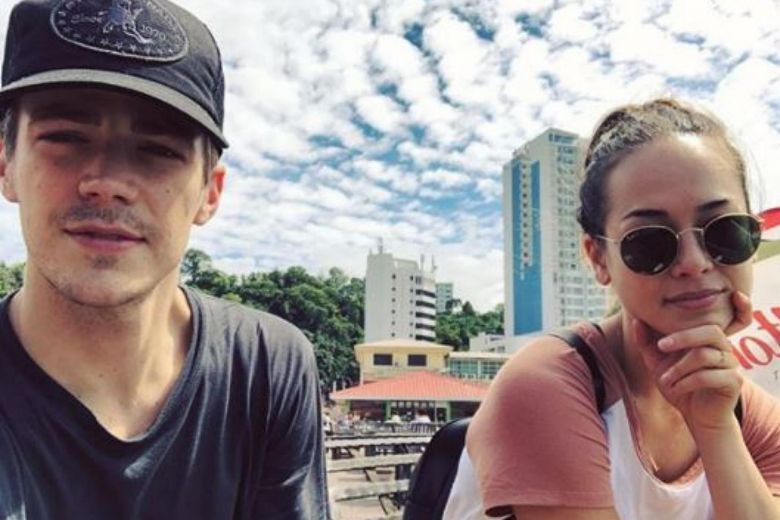 A couple of days ago, Andrea posted a video on her Instagram account (@lathoma3), showing her daily dose of sweet moments with her husband.

In the short video, Andrea was messing around with Grant, and the Hollywood actor was trying to stop her from doing it by saying “jangan kacau”. It is obvious that he is embracing her Malaysian culture when a cheeky exchange between the couple could involve using Bahasa Malaysia.

It’s fun to know that she enjoys teaching Grant the Malay language even though it’s “jangan kacau”. She later corrected him by guiding him the correct pronunciation of the phrase.

Malaysians were amused to hear him say “Jangan kacau” multiple times to his wife, and fans were flooding the post with love despite being blinded by this diabetic couple <3 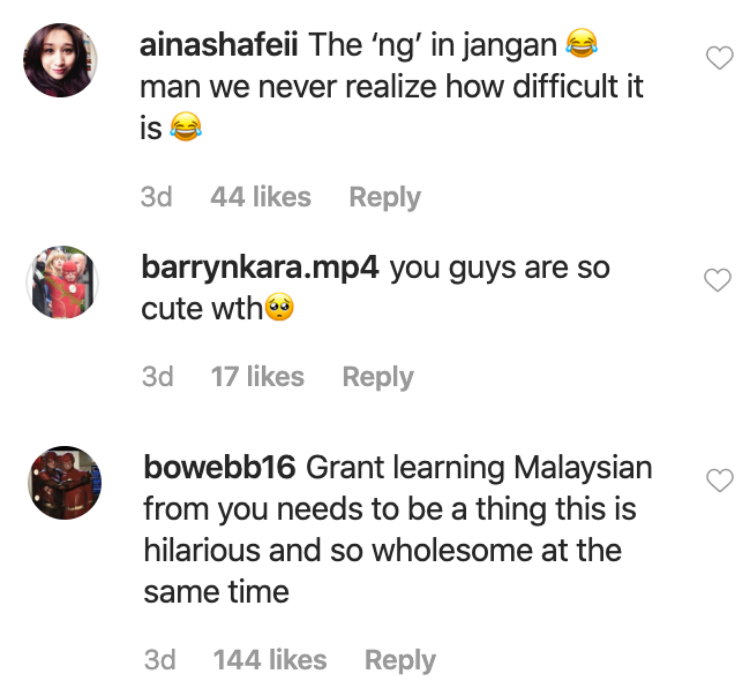 They are such a cute couple. We think his pronunciation was good enough and we definitely hope to see more of this! 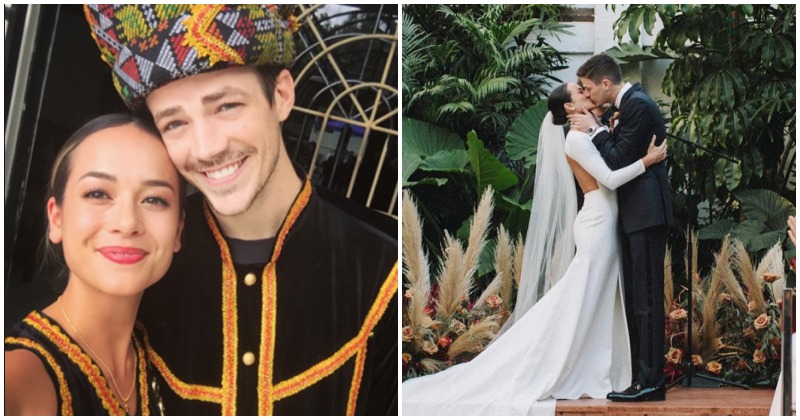