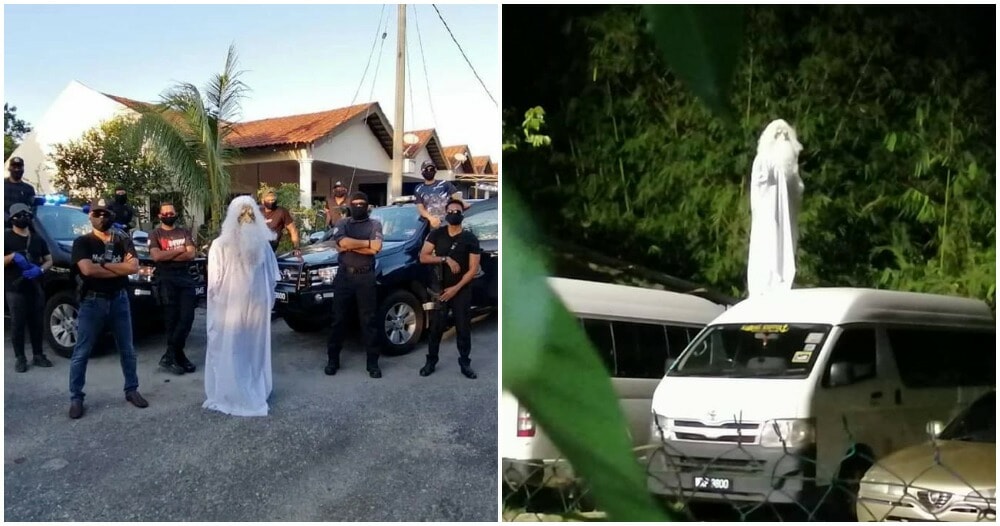 It’s Day 16 of the Movement Control Order and how’s everyone holding up? We hope Malaysians are finally listening to the government’s advice and just STAY HOME! Well, the consequences of not following the MCO is much stricter, leading to a heavy fine and even jail time. Or maybe, you’ll even get a warning from the “other realm” if you don’t comply with the MCO.

A post on Facebook went viral a few days ago where a Terengganu man dressed up as a ghost to spook his neighbours into staying home. Hey, if it’s stupid but it works, it ain’t stupid! 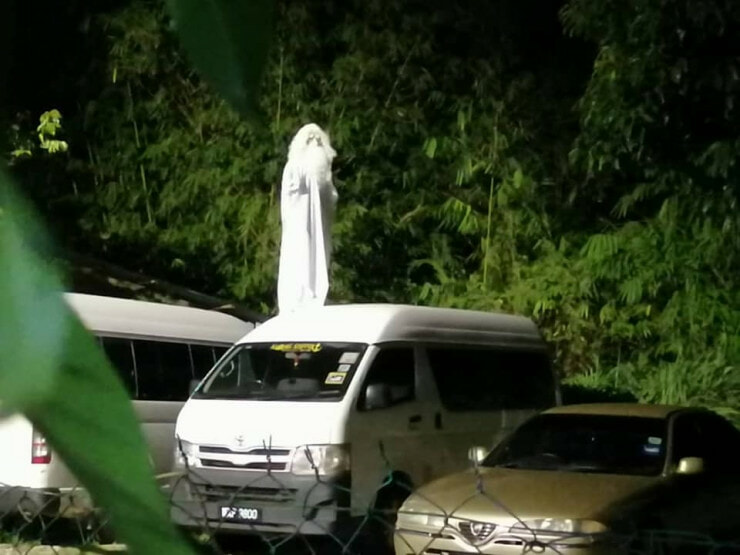 Muhammad Urabil Alias spoke to New Straits Times and told how he had a shock when a full team of policemen came knocking on his door after the infamous incident.

“The policemen from the Kemaman police headquarters then told me to wear the costume again and to meet them outside the house. Only God knew how scared I was at that moment.”

Well, the police were not there to arrest him, instead, they wanted to thank him for doing his part during by making sure people obey the MCO. 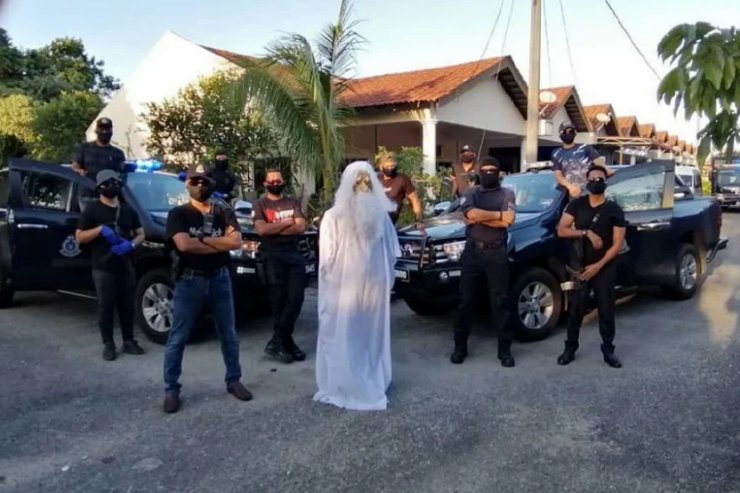 Urabil said that he was elated and touched by the acknowledgement he got from the brave frontliners themselves. The post which is going viral on Facebook has garnered over 3.6K shares! However, Urabil and his wife, Norhayati Nayan, apologized to netizens, some who felt like their actions were “extreme”, saying that it was not their intention to offend.

Again, if it works in getting people to stay home, where’s the harm in it? Also, even PDRM approves their act! Kudos to Urabil and Norhayati for finding a creative way to make sure people obey the MCO. 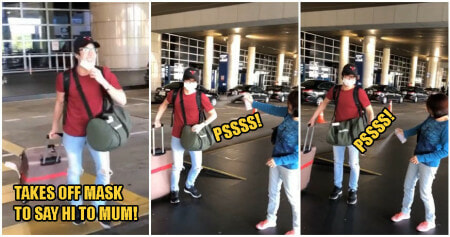