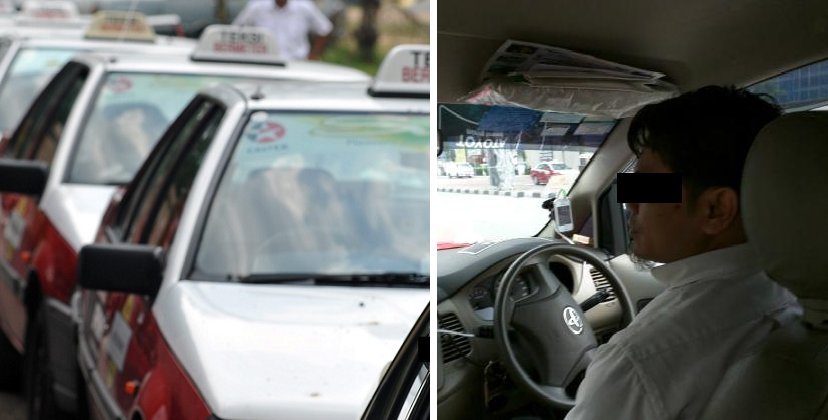 Two French tourists who were down in Kuala Lumpur wanted to visit the National Mosque from KLCC. However, their short trip ended up with a RM800 fare instead, reported MMO.

A woman in her 30s, only identified as Sarah, claimed that they hailed a cab from KLCC Suria mall and told the driver they wanted to go to the National Mosque, located along Jalan Perdana.

She had said that the taxi driver refused to turn on the meter. But that’s not all, the taxi driver then took them on a detour all the way to Putrajaya before arriving at the National Mosque.

When they finally reached their destination, the driver demanded RM800 from them. Being in a foreign land, the two gave him the money out of fear.

After the unfortunate incident, the couple lodged a report to Land Public Transport Commission (SPAD), along with the taxi’s registration number and a picture of the driver.

“The victim claimed the taxi driver involved instead took them to Putrajaya first before going to the National Mosque.

“Upon arriving at the National Mosque, the taxi driver forced the victims to pay RM800,” a SPAD spokesman said.

The spokesman added that the distance from KLCC to the National Mosque is only 6 kilometres, and mentions what the driver did may tarnish the country’s reputation.

According to MMO, if the fares had followed the rate meter, their tourists would only have to pay RM9.25. And even if they had opted for the executive taxi, it would cost them only at most RM16.

The local news portal also estimated that the detour the tourists were made to take would end up at most RM160 based on the meter.

SPAD is currently trying to track down the driver involved.