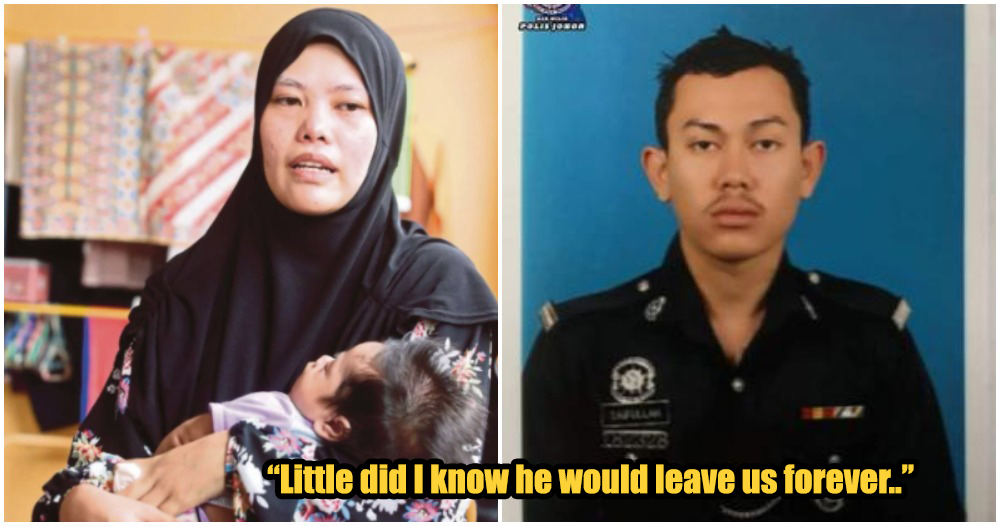 To lose a parent is one of the hardest things a person can go through, but losing a parent before you even got to know them is even harder. This baby boy at only 51 days lost his father to a terrible tragedy at

According to Harian Metro, around 5.30 am yesterday, a group of policemen were rammed by a bread delivery lorry, causing the death of two policemen, Lans Koperal Saifullah Mohammad and Lans Koperal Mohamad Johari Rosli. The lorry was believed to have lost control and rammed the police Land Rover after the policemen just gotten done with a roadblock at Jalan Canggung, Pasir Puteh, Pasir Gudang, Johor. 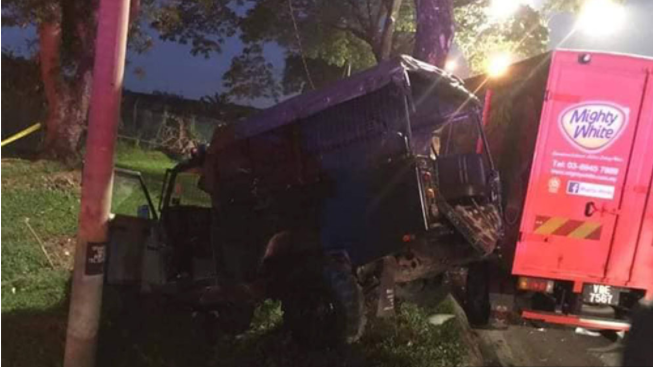 Devastatingly, Lans Koperal Saifullah had just become a father to a son, Muhammad Hanan Attaqi, a little over a month ago. His wife, Lans Koperal Norina Bakri, told Harian Metro that his last message is still fresh in her mind as she just thought it was a joke and never expected this tragedy to happen.

“Hanan, when you’ve grown up, please take care of your mom.”

Norina didn’t really think of the message at that time as she said her husband has a great sense of humour and was always making jokes. She added that Saifullah was so excited to hold the cukur jambul and aqiqah for their first kid in early December and how none of this would become a reality now. 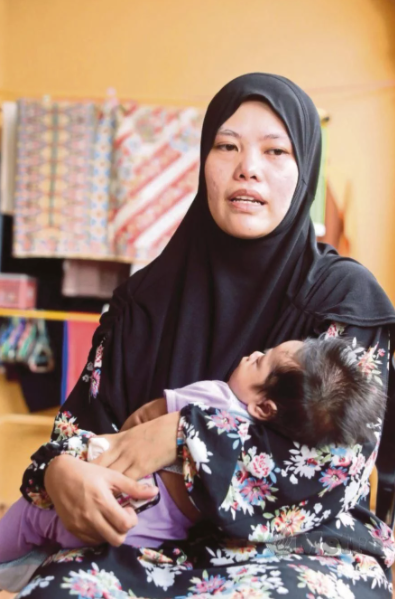 Norina, who’s still in her maternity leave, said that her husband would call her every day to tell how he missed her and her kid, and even told her that the roadblock would be over in four hours.

“He told me he’d come back to rest. Little did I know he would leave us forever.”

After the incident, she received a call from the Johor Jaya Police Department Deputy Head who told her to stay strong after the incident. She immediately called her mother-in-law, and after the conversation said, “Even though we were shocked, we accepted this news as the will of God.”

Deepest condolences to Norina and family, who have to attempt the near-impossible feat of moving on after this tragedy. Our hearts go out baby Hanan, we will remember what a dedicated and loyal policeman your father was. 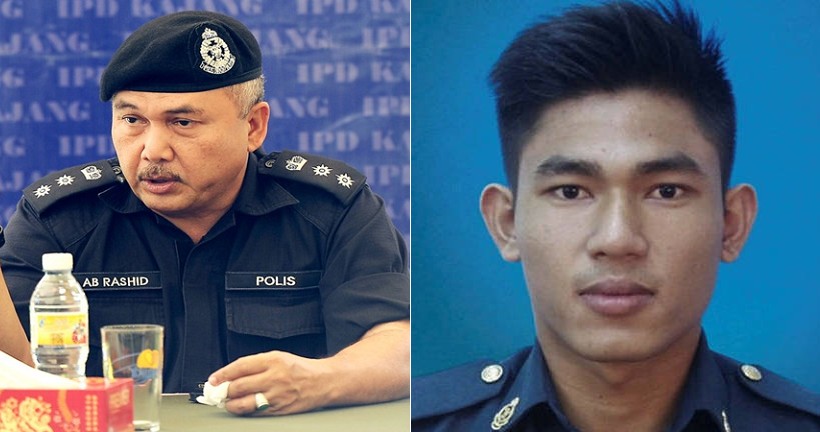