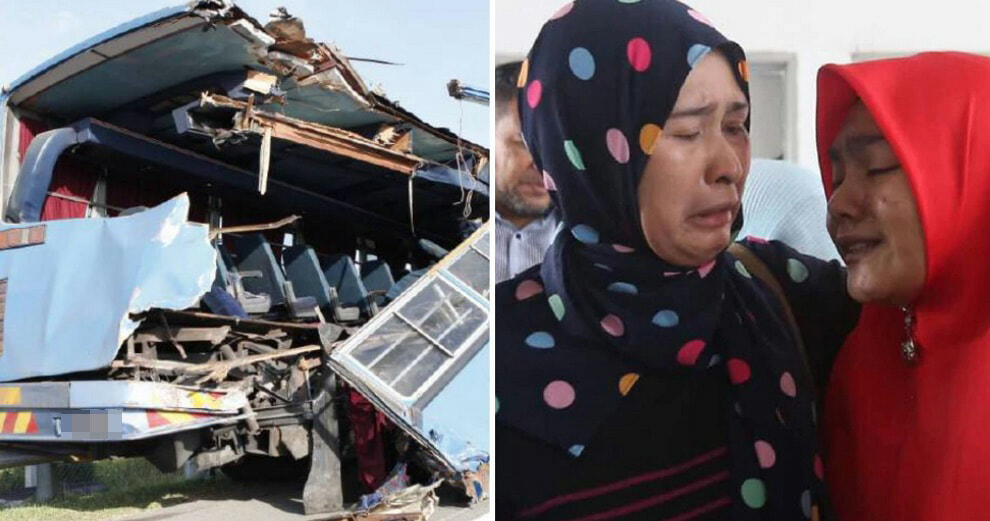 Those were the last words 40-year-old Noriah Kasa told her daughter, Norasyikin, when she called her after the bus she was in met with a fatal accident on KM147 of the North-South Expressway (NSE) near the Juru Toll Plaza yesterday morning.

Not long after that, Noriah sadly passed away from her injuries.

Norasyikin told Harian Metro that when she got the call from her mother, she was in a van on the way to work at a factory.

“My mother went on the bus for work before me, while I got on the van later, so we were quite far away from each other,” the 22-year-old told the daily. 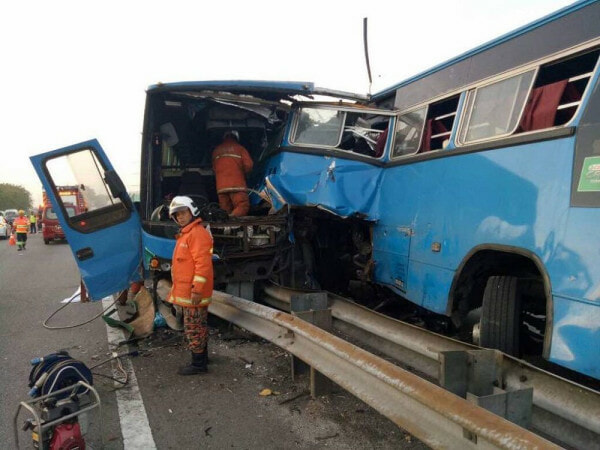 “She called me desperately asking for help before the line got cut off.”

Norasyikin was of course stressed out when she received the call, but what made things worse was when she got stuck in traffic, so there was no way she could get to her mother.

“I then called my friend (Mohd Sabri Azhar) for help and asked him to pick me up on the side of the highway. While he was on his way, I tried calling my mother multiple times but she didn’t answer,” she said.

Meanwhile, Mohd Sabri told the daily that he picked up Norasyikin and took her straight to the Seberang Jaya Hospital (HSJ), where they found out that her mother tragically lost her life at the scene of the accident.

The horrific accident, which happened on the NSE at 5.30 am on Tuesday morning (25th October), involved two factory buses and one van.

“A factory bus which had pulled over to the left due to engine breakdown was rammed from the rear by another factory bus. The impact thrust the stationary bus to the right of the expressway,”Seberang Perai Tengah district police chief ACP Ni Ros Azhan Nik Abdul Hamid told Channel NewsAsia.

“A factory van on the same lane was then hit by the two buses.”

The impact was reportedly so strong, that some of the passengers were flung out of the buses. 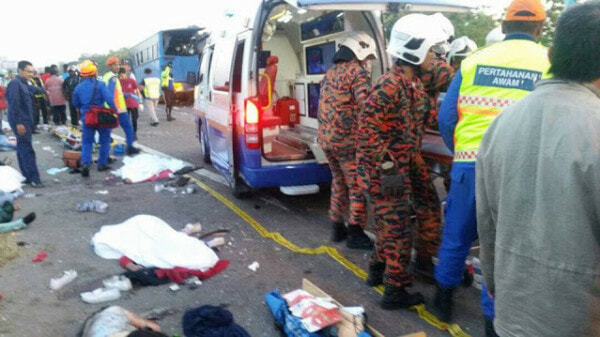 The tragic incident claimed the lives of 8 female factory workers, and seriously injured 23 others whereas 10 other people sustained minor injuries.

Meanwhile, the two bus drivers have since been remanded for four days to assist with investigations.

We cannot imagine the grief of the victims’ friends and families. Let’s hope that appropriate action is taken by the authorities and that justice is brought to these innocent victims.

Also read: Two Motorcyclists Stop to Help Crash Victims, Get Killed in Another Accident Instead 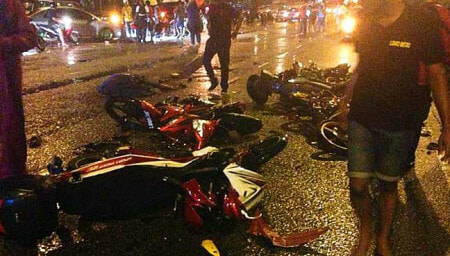