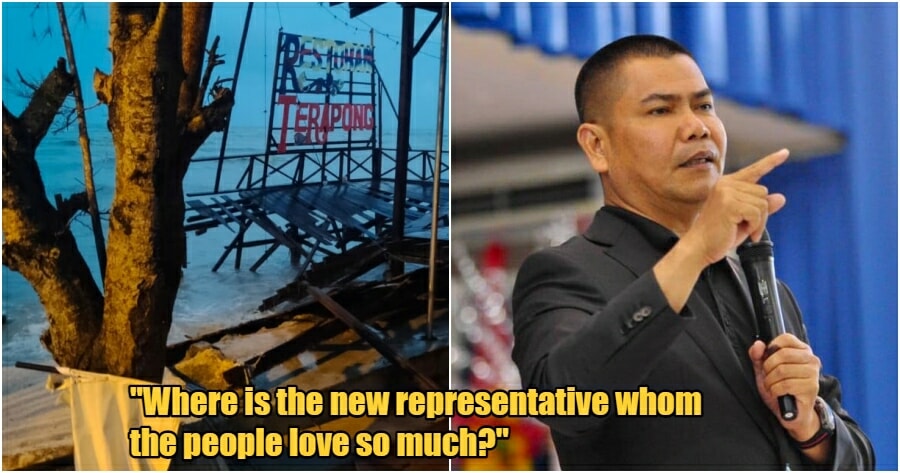 In case you are not aware, multiple areas in Selangor were hit by thunderstorms and strong winds early this morning when most of us were asleep. The bad weather damaged a floating restaurant in Sungai Besar, Selangor to the extent that it has been rendered inoperable at the moment.

The wreckage has gained the attention of the folks in Sungai Besar, including Barisan Nasional’s Jamal Yunos, who took to his Facebook account today (November 23) to address the matter, before questioning the whereabouts of the recent winner of GE15 in Sungai Besar – Cikgu Muslimin Yahaya from Pakatan Harapan.

“Where is the new representative whom the people love so much? The Cikgu something. Are you here, or are you still celebrating your victory?”

Jamal then continued and shared a screenshot of a WhatsApp conversation that he received from a resident in Sungai Besar who told him about the same matter. Sadly, the floating restaurant is not the only consequence and damage of the bad weather early this morning.

In another Facebook post, Jamal said that he has been receiving multiple calls and WhatsApps from many people in Sungai Besar about the catastrophic consequences of the bad weather. Once again, Jamal sarcastically remarked and said in his post,

Regardless, Jamal said that despite his defeat in GE15, he will continue helping the people in Sungai Besar as much as he can.

Did Sungai Besar’s “favorite” representative come down and help?

According to a Facebook post by Cikgu Muslimin Yahya this morning, it is revealed that he was indeed out in the field today.

“The wave was reported to be 5.8 metres high but fortunately, no casualties were reported.”

To those affected by the bad weather, especially folks in Sungai Besar, hang in there! Hopefully, the new representative will do his best to ease your burden.

Also read: “The dignity I put aside for the rakyat” – Jamal Yunos Says His Efforts are NOT Appreciated 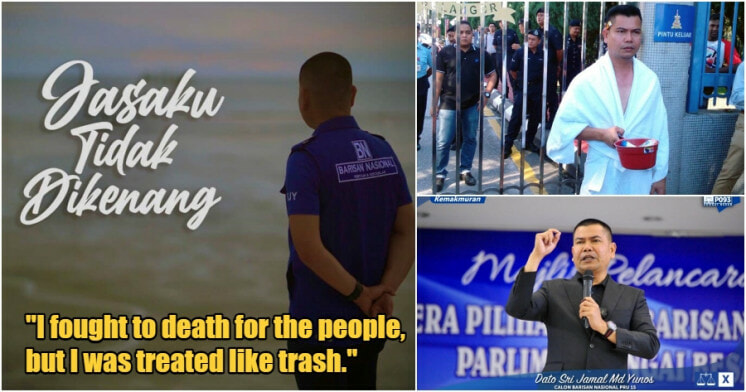