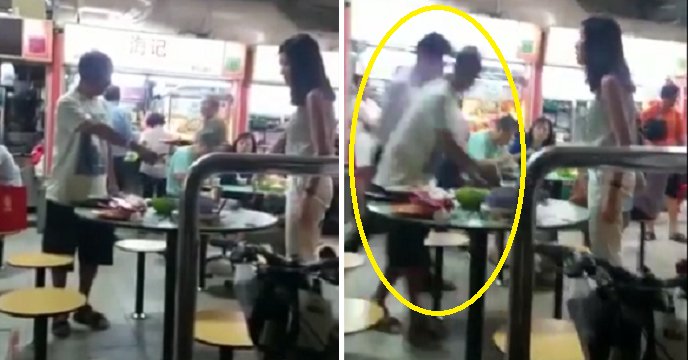 For the longest of time, Asians have been known to be very respectful to our elders. However, there seems to be a new breed of Fail-sians running amok and making every other Asians look bad.

Two people from this despicable breed recently went viral on social media after a video of them surfaced.

In the video, the man and woman could be seen yelling and PUSHING an elderly man!

According to the post, the incident took place at 201 Toa Payoh Lorong 8 Hawker Centre in Singapore. Netizen Janice later explained in the comments section that it was on April 21, 2017 at about 8.45PM.

The video was posted by The Local Society onto Facebook which garnered the interest of many netizens due to its disgusting treatment of the elderly man.

A well-dressed couple could be seen arguing with an elderly man over a table at the hawker centre.

According to Janice who witnessed the whole incident, she said that the ‘lady’ even yelled profanities at older person. She revealed how the couple reserved the spot with a small purple umbrella and no one was at the table.

Apparently the elderly man asked nicely for a seat but she rudely replied to him to ‘go sit elsewhere’.

She even revealed that the ‘smartly dressed’ couple was not remorseful for having SO DELIBERATELY pushed the old man. Instead, the man shoved all the used plates and cups from the table to the floor after an onlooker said, “you should not have bang the old man”.

Some netizens blamed the uncle for possibly being rude in the first place but Janice confirmed that it was the woman who started it all.

Obviously, Singaporeans were outraged at such a terrible pair of people putting shame to the name of Asians. Many wanted the couple’s identity to be exposed so that they may face the rightful repercussions. 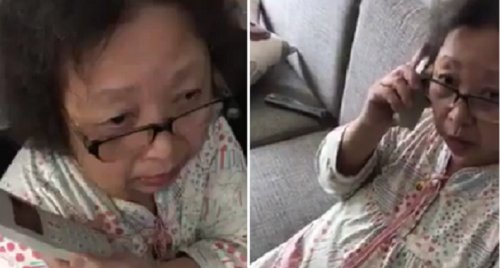