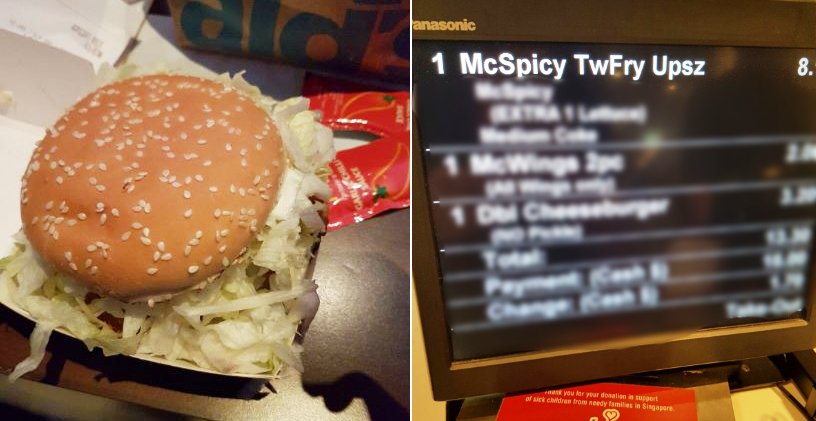 McDonald’s, we would like to think, is every Malaysian’s best friend. They’re there for us 24/7 through thick and thin, and we easily forgive them if they mess up or occasionally go a little overboard.

That’s what happened last week when a Singaporean woman named Ariel Chua, who ordered a Big Mac at the famous franchise.

Wait, lah we’re getting to the point!

In her order, she asked for extra lettuce. However, when she received her burger, she didn’t expect to receive an entire load of lettuce dumped on top of her burger!

Ariel took to Twitter to post the ridiculous amount of lettuce she received and Singaporean netizens went crazy over it, with the post garnering around 3,000 retweets! 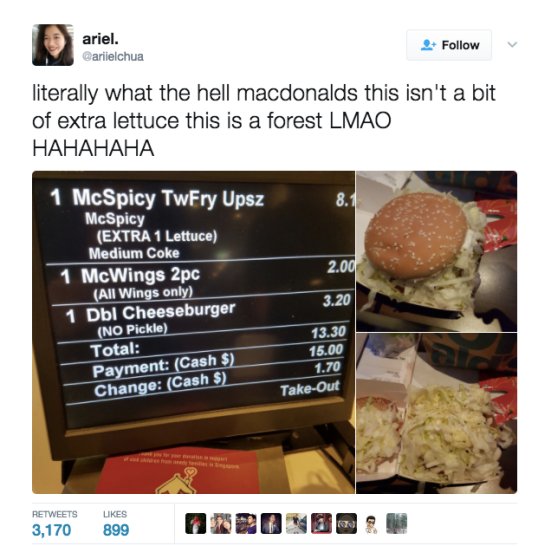 Wah. Singapore McDonald’s isn’t playing around with their lettuce, man!

She was clearly amused by the amount of lettuce in her burger, tweeting,

“Literally what the hell Mcdonalds? This isn’t a bit of extra lettuce this is a forest LMAO HAHAHAHA” 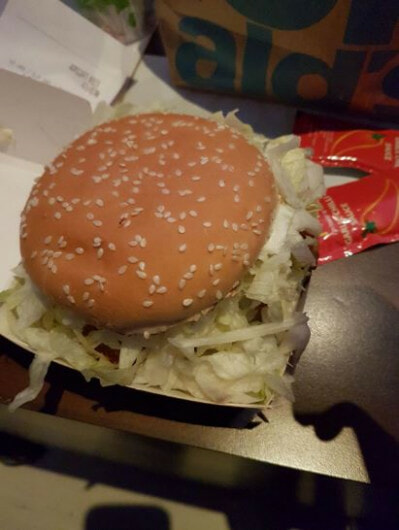 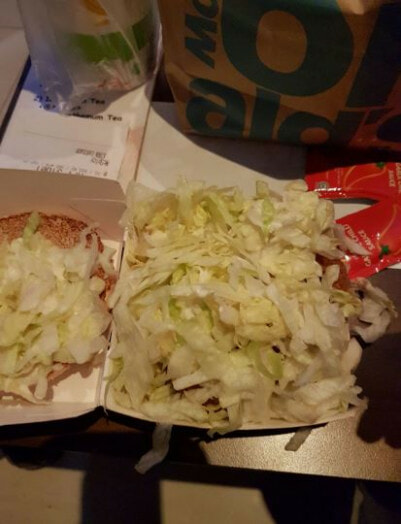 “When they put “EXTRA 1 lettuce” they actually meant a head of lettuce.”

Makes you wonder if McDonald’s Malaysia is as generous as Singapore’s?

We don’t know about you, but we’re going to try ordering at McD today, ask for extra cheese and see what happens!

Also read: Malaysian McDonald’s Employee Tried To Steal From Restaurant On His First Day Of Work 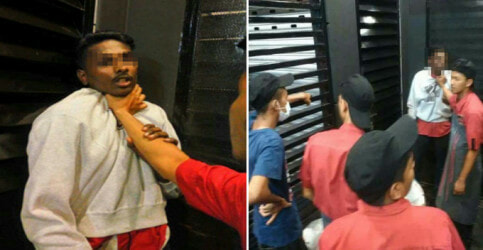