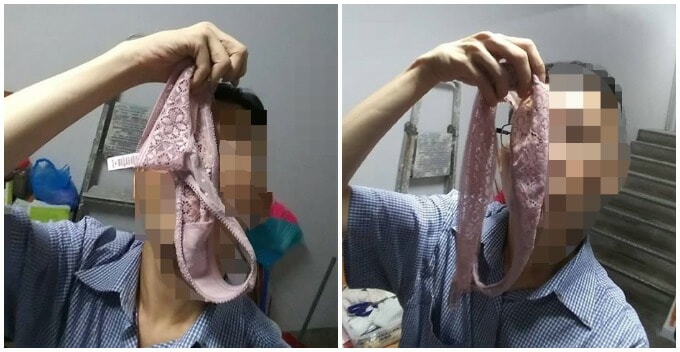 Some people are just so perverted, they can’t help publicizing their own tendencies to the public.

One of the photos that was widely circulated showed him holding a lacy pink G-string with the caption stating, “Public Sniffing. Block 356 Tampines Street 33”. 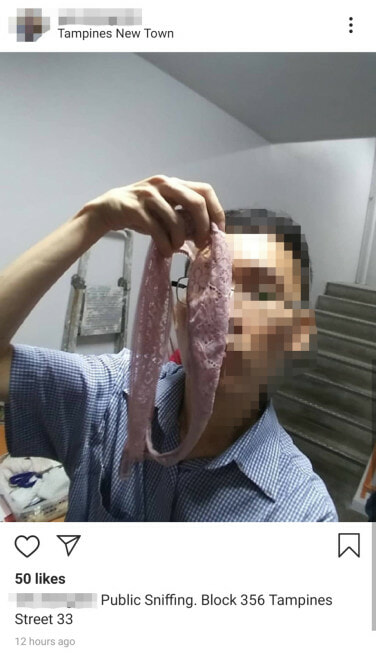 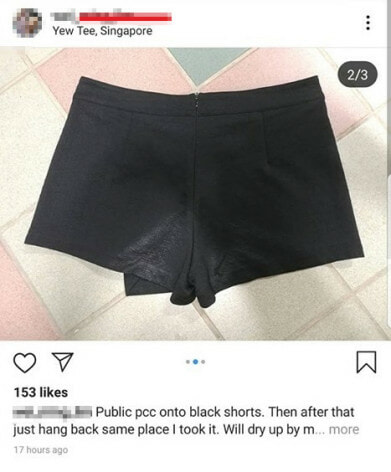 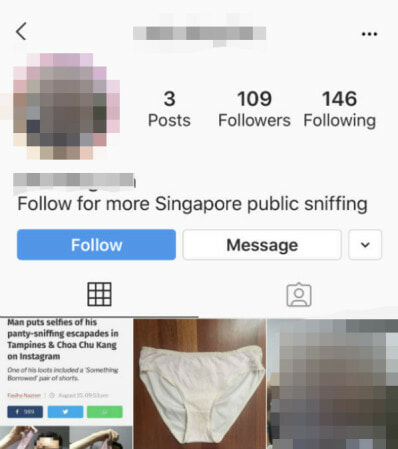 However, the man himself deleted most of the pictures that he had uploaded when his account, photos, and perverted habits went viral. He then deleted his original account, which had garnered over a thousand followers, and created a new one.

According to Today, the man has been arrested today (16th August) at 4.30 am and the Instagram posts have been taken down.

To the ladies out there, do be careful when doing your laundries by not hanging them at an easily accessible place that outsiders can reach out to.

Also read: Pervert Tried to Steal Underwear But He’s Scared Off When a Neighbour Shouts At Him 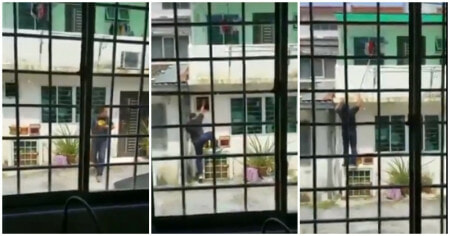