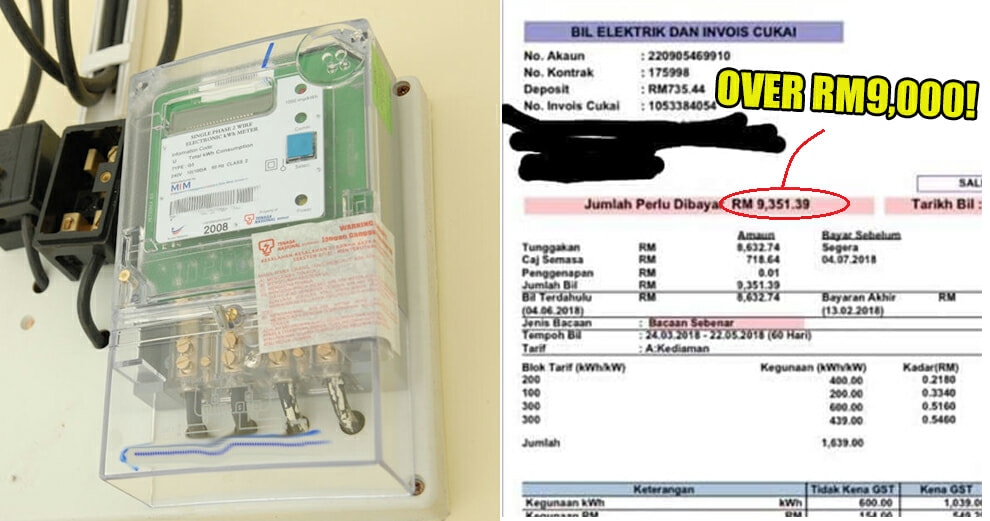 It seems that landlords in Malaysia simply cannot catch a break recently. While we are still left shocked by the housemate from hell and her cockroach-infested bedroom in Bandar Sunway, another case of a mischievous tenant has gone viral.

This time around, the incident happened in Shah Alam, with the tenant disappearing and leaving the landlord with an overdue electricity bill amounting to a whopping RM9,351.39!

RM9,000 overdue electricity bill?! What on earth did the tenant do?

Hajiem Ahmad, the owner of the house in question, shared his frustrations on a Facebook post dated 18 January 2019. In the post, he detailed how the tenant not only left him with an unusually high overdue electricity bill, but also a discontinued water supply from SYABAS because the water bill was also overdue.

He further added how the tenant was initially reachable via WhatsApp and phone call but as soon as the RM9,000 electricity bill surfaced, she could no longer be contacted. What’s worse is that no one knows where her current location is. 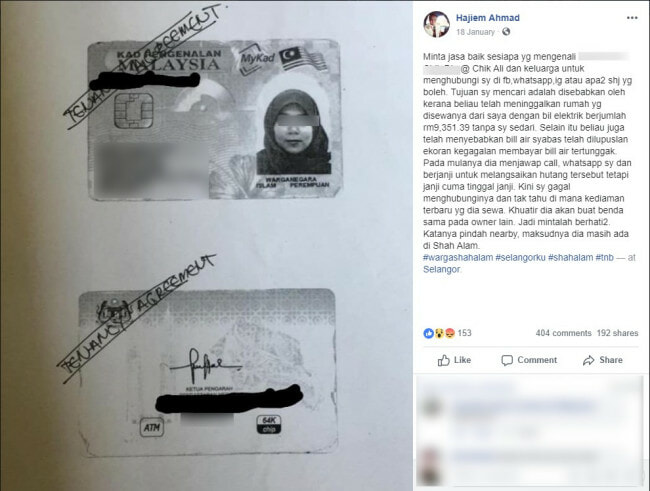 However, the post did run into some controversy with some netizens questioning the legitimacy of the claim as it’s within TNB’s means to cut electric supply once the bill hits a certain limit. Some even commented that the landlord is trying to find cheap publicity. Ouch!

Here are a few of the comments: 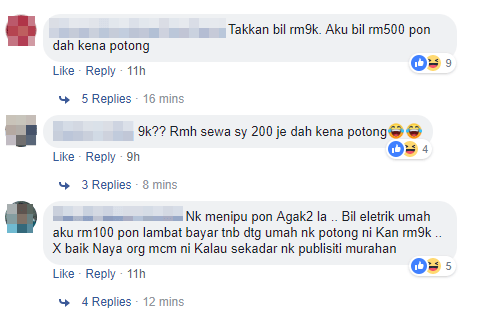 Replying to the naysayers, the landlord then produced the TNB bill in question as proof and even affirmed that he has lodged a report to TNB regarding the matter. Here’s the bill in question: 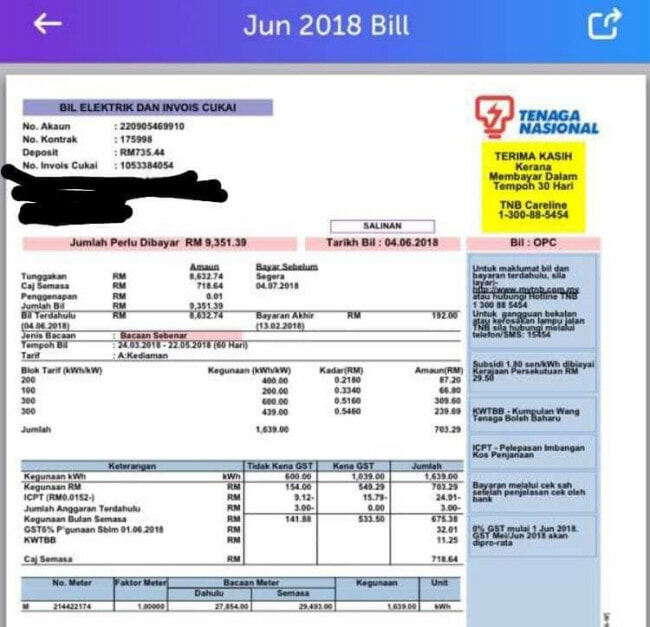 In a series of answers in reply to those who commented on his post, the landlord explained how the bill could skyrocket in such a way. In one thread he replied,

“According to TNB, the house’s electric supply has long been cut. However, the bill is still ongoing, I don’t know how she did it.”

In fact, he said that TNB has informed him that it has been cut for almost two years! He added,

“TNB has cut the bill for almost two years now, which means that she has been stealing electricity for two years and not paying.”

Wait, what?! How can someone steal electricity? Apparently, it’s something that mischievous contractors can do by making a direct electricity cable line to the main power pole, bypassing the electricity cut implemented by TNB.

“TNB notified me that the electricity has been cut ever since the bill reached RM1,500 because the deposit is only RM700. They suspect that my tenant bypassed the electricity cut by bribing contractors.”

One caveat to doing this illegal bypassing is that TNB can still detect electricity flowing to the house as the meter is still able to read it. That is how the bill is still ongoing even though technically, electricity has been cut.

Well, whether you believe the poster or not, one thing for certain is that it’s always best to do some background research before agreeing to accept someone as a tenant (or a landlord for that matter!).

Furthermore, in order to avoid something like this, make sure you change the TNB bill to be under your tenant so that in any case, the person would be liable for everything and not you.

Such a shocking case! Have you ever experienced something like this? Share your thoughts about this incident in the comments section!

Update: Good news! The landlord recently contacted WORLD OF BUZZ to inform that he has found the missing tenant and both parties are now in the midst of discussing a resolution to the issue. Hopefully, all goes well!

Also read: M’sian Shares Traumatising Experience of Living with Cockroaches Due to Housemate From Hell 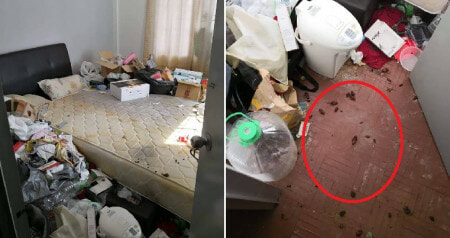