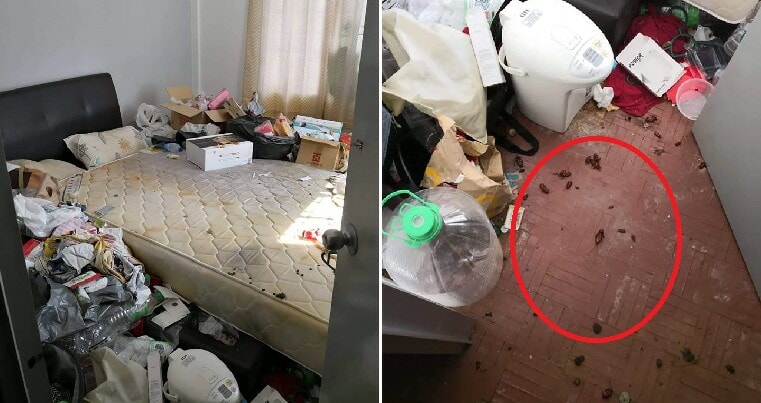 Many of us are forced to leave the comforts of our own home and share a house with others either for work, study or other matters. If you’re lucky, then you have the luxury of sharing it with your friends but often, you are living together with strangers. 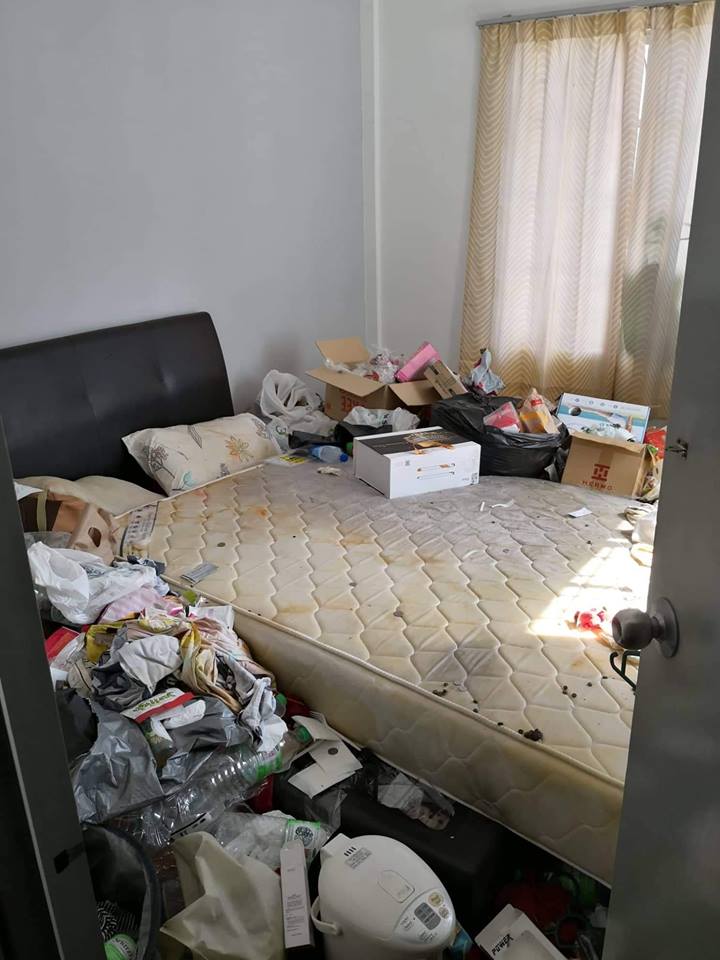 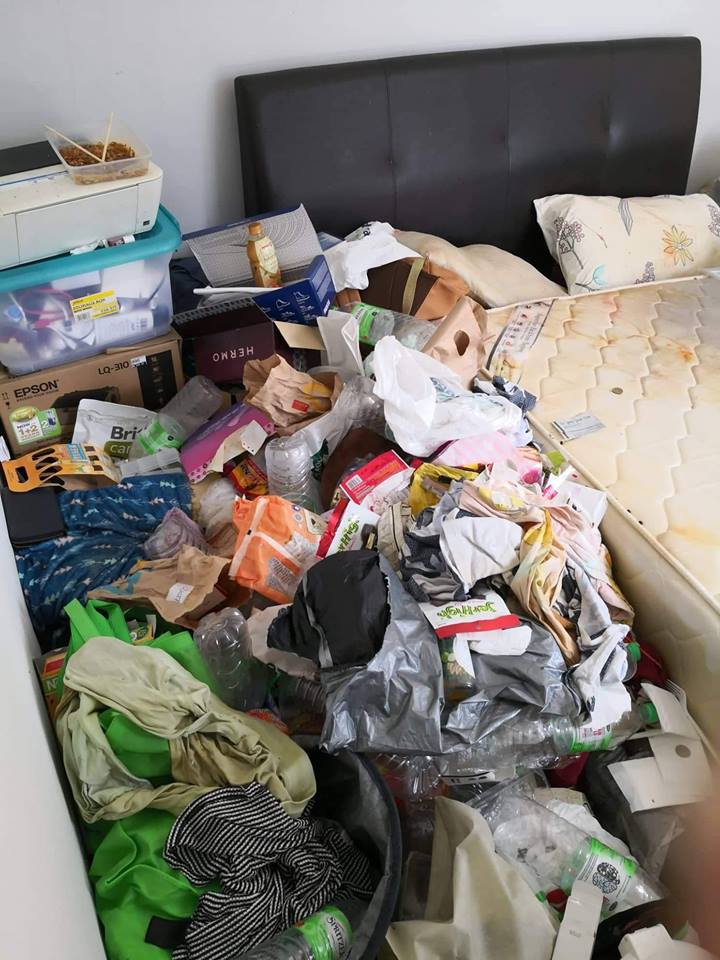 Recently, a Malaysian girl who is living in a house in Bandar Sunway with her friend and some strangers shared her horrible experience with a housemate from hell and it looks quite traumatising, especially if you have a phobia of cockroaches! The girl said that she had been staying in the same house for one and a half years but she noticed an increased number of cockroaches running around the house recently.

That was when she noticed that one of her roommates, *Belle (*name has been changed for privacy purposes) started eating downstairs instead of hiding in her room. She thought nothing of it as she rarely interacted with Belle seeing as she lived downstairs and Belle’s room was upstairs. That said, she did notice that Belle had some hygiene issues. 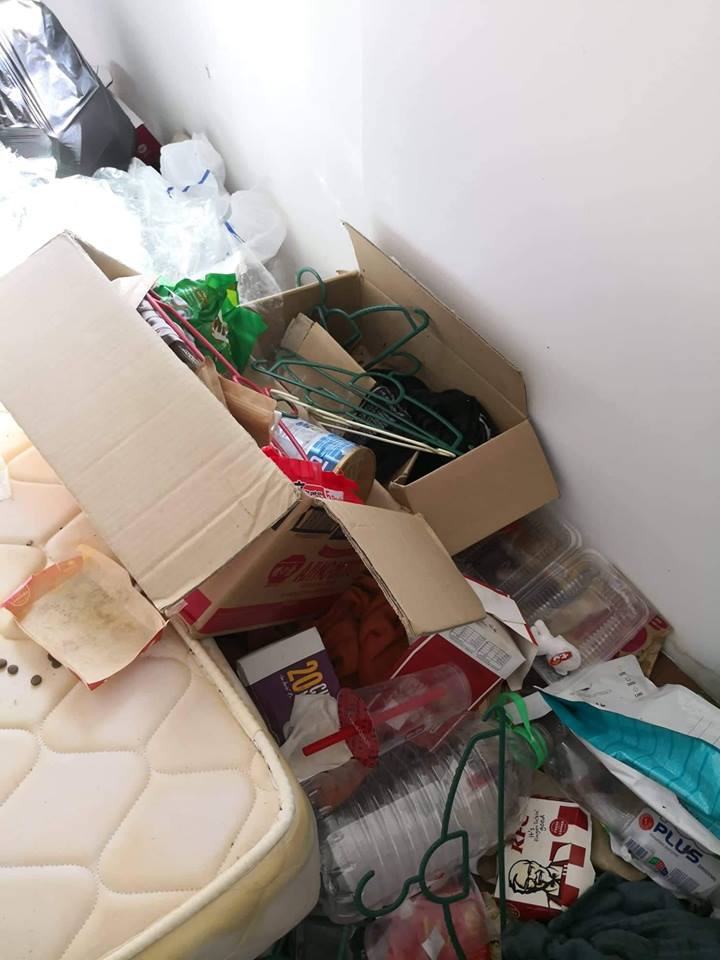 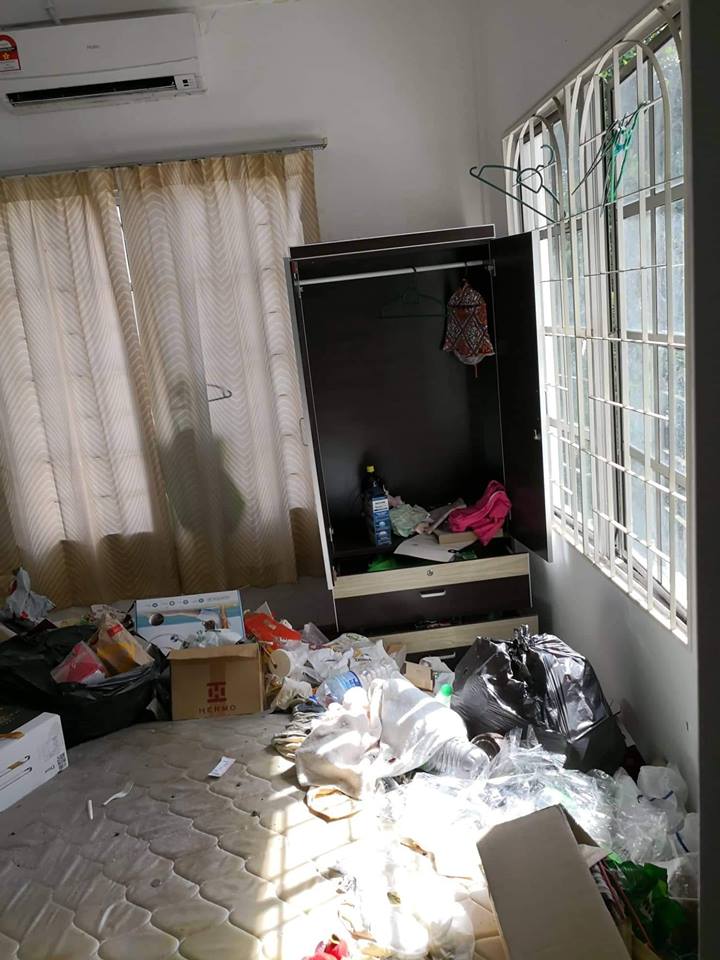 “We (her friend and herself) were planning to move out soon so we didn’t really care about this until we noticed that there were many cockroaches running around. I understand it was the rainy season earlier, and also it’s normal to see cockroaches from time to time on the ground floor because there are food and rubbish in the kitchen. But I noticed that the cockroaches were actually coming from upstairs,” she said.

“Then last night (Jan 6) the amount of cockroaches showing up was so high and to top it off, a gigantic cockroach flew towards me when I exited my room, which triggered me so I made a complaint in the housemates’ group chat,” she added. 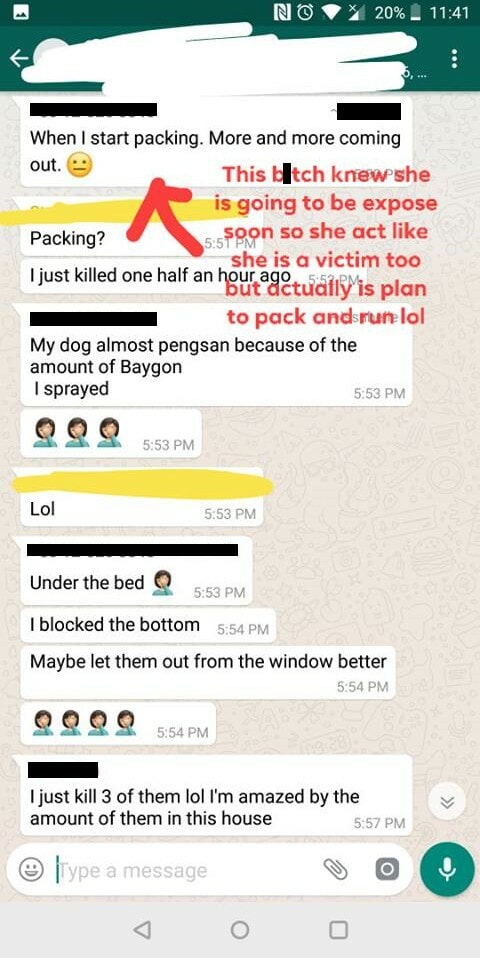 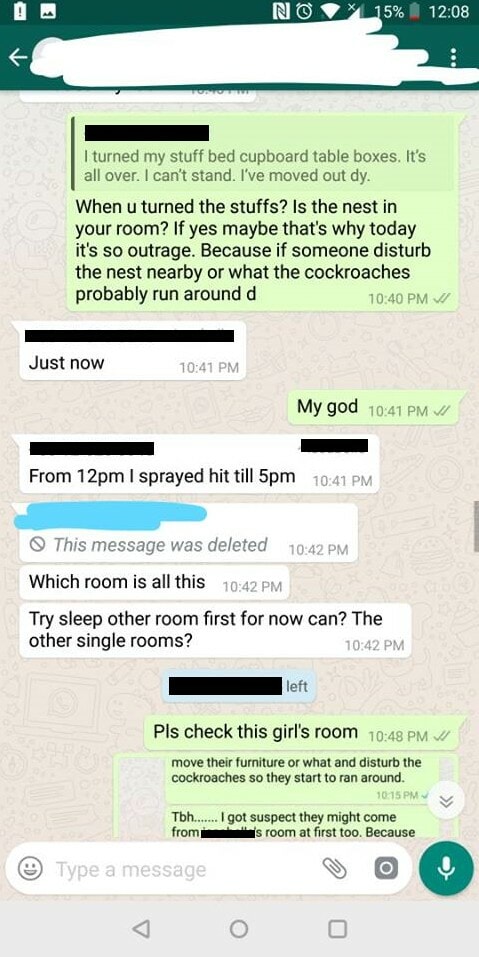 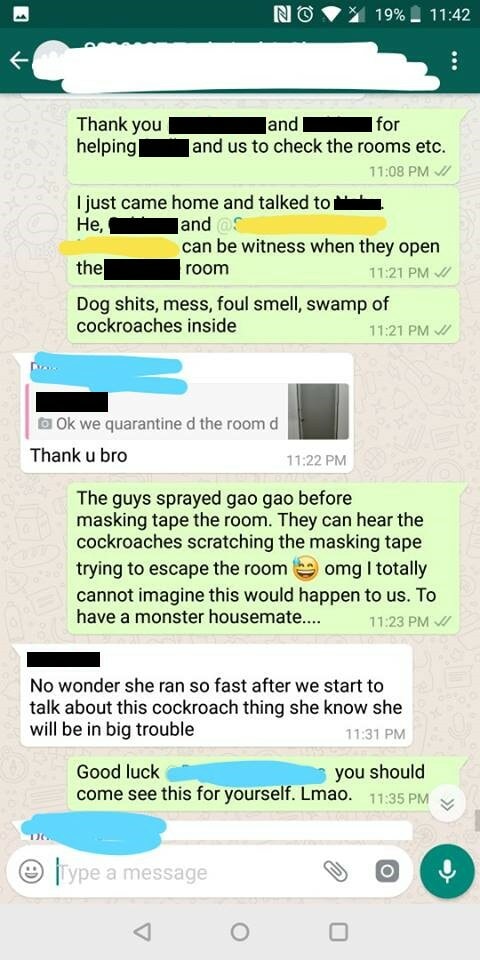 In the screenshots she posted, another housemate who lives upstairs had been facing even worse cockroach problems as they had been killing cockroaches that invaded their room in the middle of the night. OMG, the horror! Belle remained quiet at first when they started complaining but joined in halfway and said she had been experiencing the same issue as well.

Suddenly, Belle left the housemates’ group chat and escaped the house with her things. The other housemates were suspicious of this so they went to check her room out and when they opened the door, they were horrified. The room looked like a dumpster as there were empty food containers, boxes, plastic and even dog poop on the floor (she owns a dog), thus providing a very nice “home” for the abundance of cockroaches breeding inside. It looks like something from a horror movie! 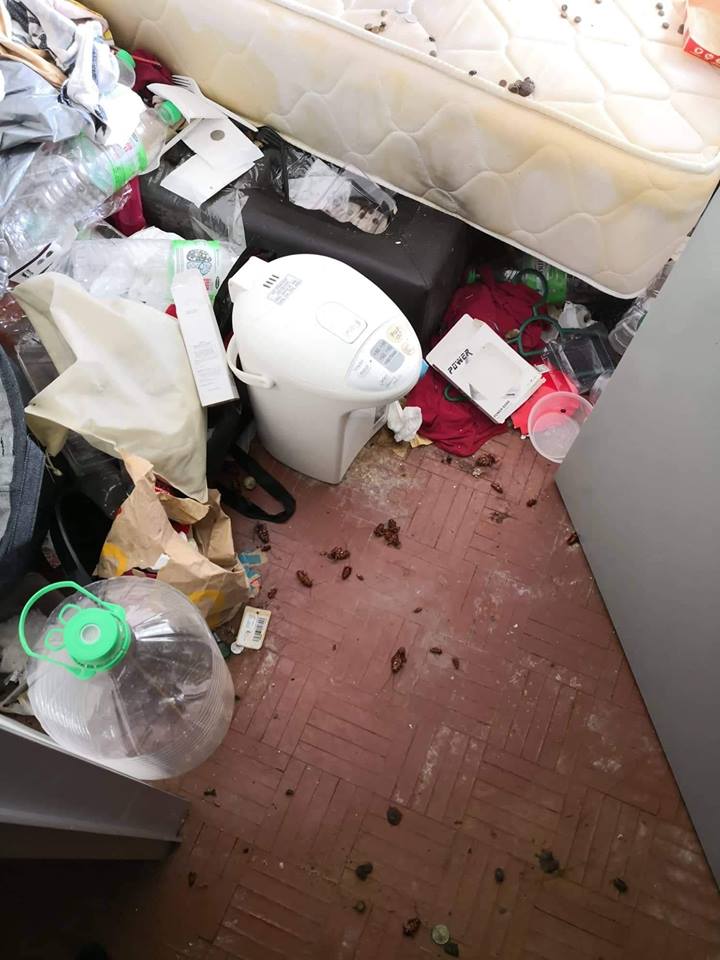 The housemates gallantly tried to control the pest problem by spraying a whole load of pesticides in the room before sealing up the door with masking tape. Apparently, there were so many cockroaches that they could hear them scratching the masking tape trying to escape from the room!

Luckily, the pest control company and cleaners will be coming to clear up the mess and  fumigate the house to get rid of those horrible pests. Meanwhile, she said that she shared her experience as she wanted to warn others to be careful of housemates like this but also said she did not want people to attack Belle. Many netizens were equally shocked by the condition of the dirty housemate’s room and the post has since gone viral.

That was certainly a very traumatising experience that no one wants to experience! Remember to clean up after yourselves!

Also read: Over 100 Cockroaches Found on Two International Flights, Passengers No Where to Run 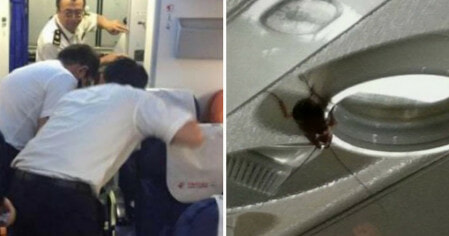