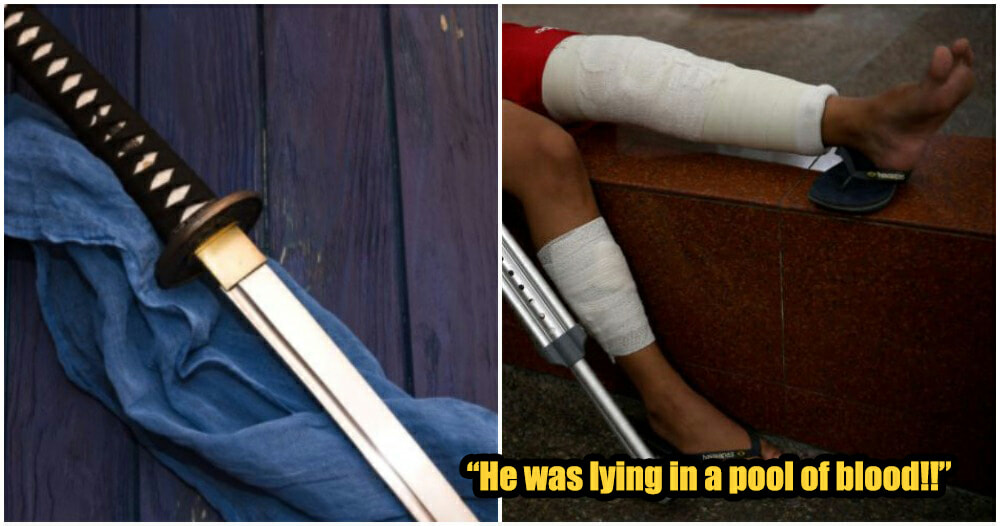 Halloween is a night of horror and enjoyment. You can dress up, party, and generally have a good time. Sure, add a good horror movie or two on top of the night’s festivities. Unfortunately, these three party-goers in Singapore had to go through a harrowing experience at the hands of a sword-wielding slasher. I know, it sounds like a horror movie, but it’s real life.

These three men were at Marina Bay Sands and heading home after a Halloween party on the 27th of October at the Marquee nightclub when horror struck at the carpark. A guy dressed in a doctor’s outfit wielding a SWORD came charging at them.

One of the guys, Eugene, 25 told The Straits Times that he first assumed it was just a jump-scare prank. But, he was soon proved wrong when the sword hit his legs and immediately BROKE bones in both his legs. His friend Wei, who tried to help, was slashed on chin, forehead and also ear – which was left dangling!

“He was lying in a pool of blood, face turned purple… Thankfully one of my friends is a nurse, and she managed to stem the bleeding.”

Their other friend who recorded the whole incident was beaten up by another attacker. The police responded to the incident and after taking their statements, they managed to arrest three suspects aged 22-24. They were charged on the 30th of October for voluntarily causing hurt by a dangerous weapon with common intention, which carries a sentence of up to seven years’ imprisonment as well as a possible fine and caning. They are set to appear in court on the 6th of November.

We hope the victims are fine after surviving the attacks from these people who’ve probably watched too many slasher films. The arrested perpetrators should receive whatever punishment deemed appropriate for attacking and traumatising innocent people. 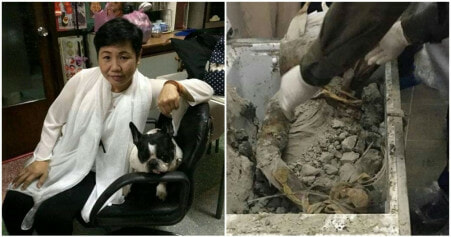