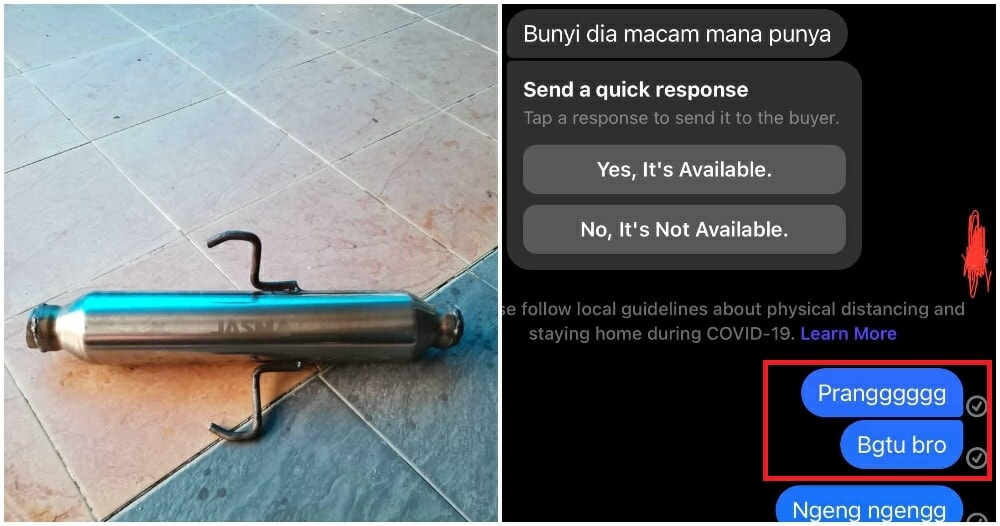 Online shopping is no longer a foreign concept with most of us being glued to our screens whenever there’s a deal announced. However, the struggles that goes behind being a seller is unknown especially when they have to deal with their customers’ odd requests.

Syahfitri Amin shared on his Facebook page a question his customer had asked when he wanted to buy an exhaust. The said customer wanted to know how the exhaust sounded through text.

Befuddled on how to answer the customer’s question, Syahfitri simply told that the exhaust sounds “Prangggg” 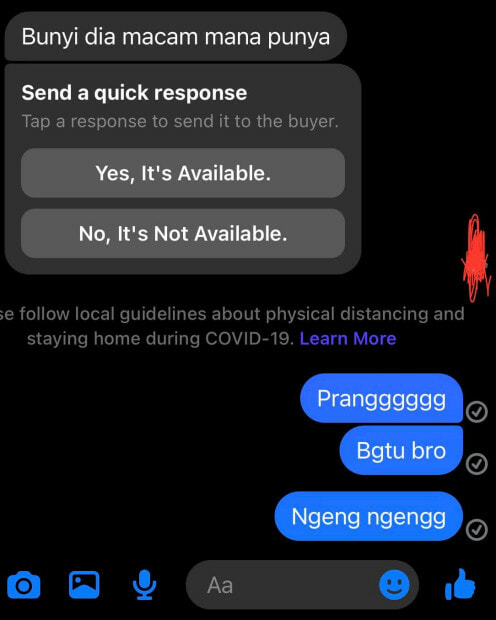 All in a day’s work of chasing the hustle we guess? 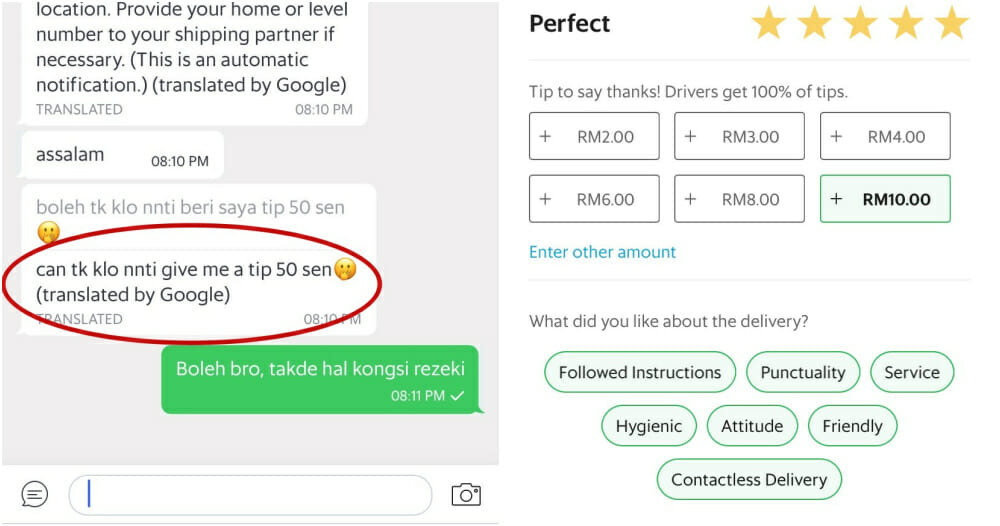