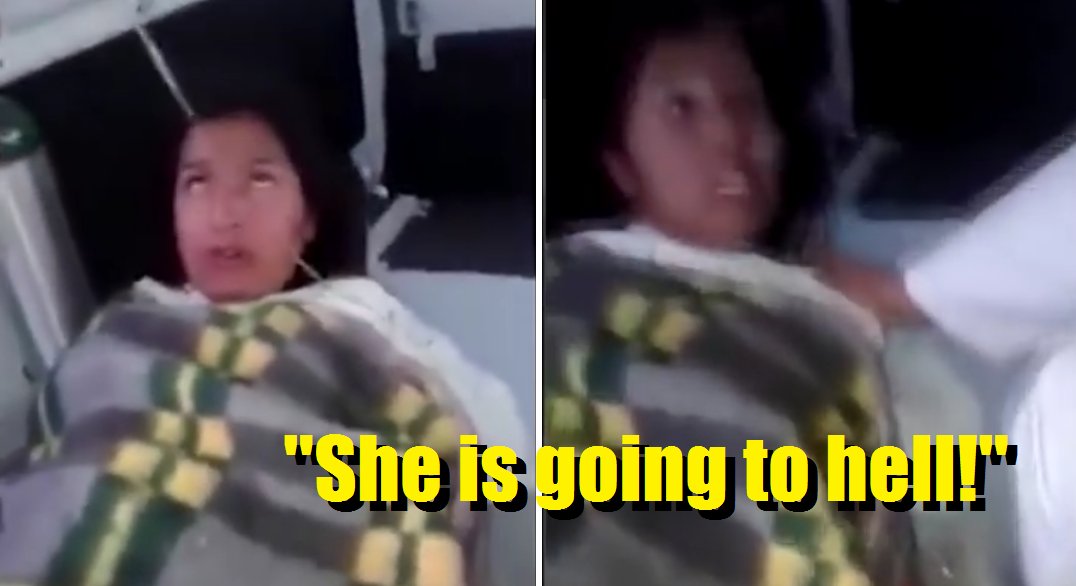 Footage of a woman being apparently possessed by an evil spirit has circulated online and it got everybody’s jaw dropping.

It shows a woman, identified in the video as “Carmela”, strapped in an ambulance with her eyes rolled back while she struggles against her binds.

Another woman, largely believed to be a nurse, calls her name and pats her in an attempt to calm down Carmela, asking her to “Wake up.” 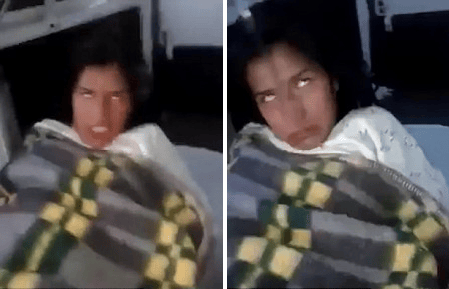 Hooked up to an intravenous drip, she lurches back and forth and speaks in a low ‘demonic’ voice, and interestingly enough, speaks in third person.

“I’m going, she’s going to hell” she growls, lifting her head up in a disquieting moment of calmness in between her struggle.

She tosses her head back down, reeling her head sideways, only to rise again as she goes on to say: 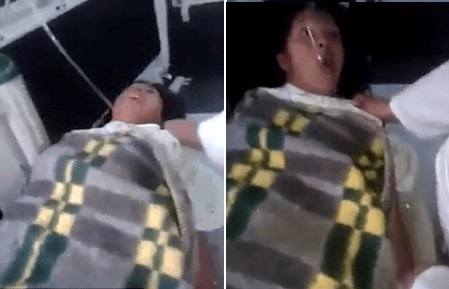 A woman off-camera asks, “Is she giving birth?”

The only reply is from Carmela, who croaks while attempting to sit upright, “My father Satan will come for her.”

She rocks back and forth, whilst the woman inaudibly comforts her. She then turns her gaze towards the nurse, makes direct eye contact with her, and aggressively asserts in a horrific glare, “He is mine. He is for me.”

Though it remains unknown what her affliction is. It’s believed that the video was shot in Spain.

If she was going to hell and on the way to a state government hospital, well, it’d be believable.

We gotta give some serious kudos to the nurses who kept calm during the whole ordeal. I know I would’ve flipped the f*** out of there. Grey’s Anatomy never tells you about these situations.

Check out the creepy video captured of her ‘demonic possession’ below: