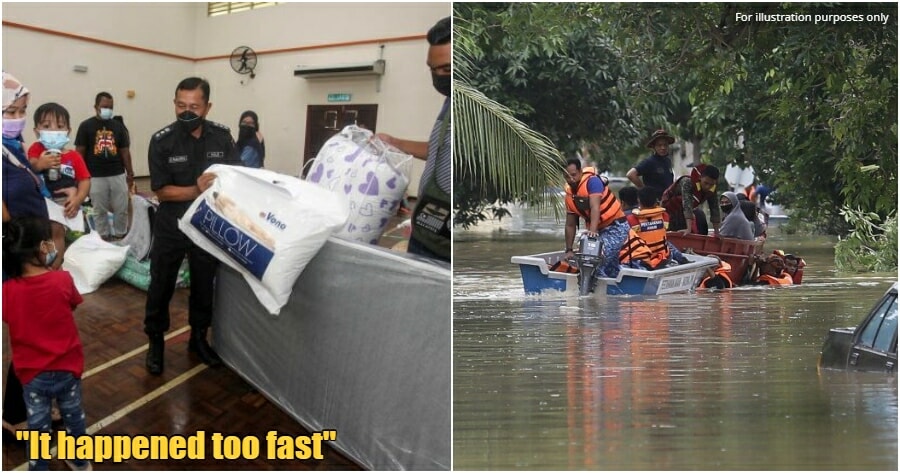 People have lost their loved ones from the recent flash floods, so keeping our family in a safe location would be our main priority in moments like this.

However some people have had to try to balance their duty as well as attempt to keep their family safe.

This was the case for a police officer who had received news that water had started to rise around his house. What made the situation worse for him was the fact that he was unable to be there for his wife and children during that time as he was on duty with helping flood victims elsewhere.

Whilst he was on-duty at PPS Taman Gemilang, Dengkil with helping manage flood victims in the area, on 18th December, Corporal Muhsen Bujang received a phone call from his wife telling him that the floodwater has entered the front lawn of their home.

“After 20 minutes she called again saying that the water has reached inside of our house. Everything happened so fast. I was at PPS dealing with other flood victims, so I didn’t have time to go home.” 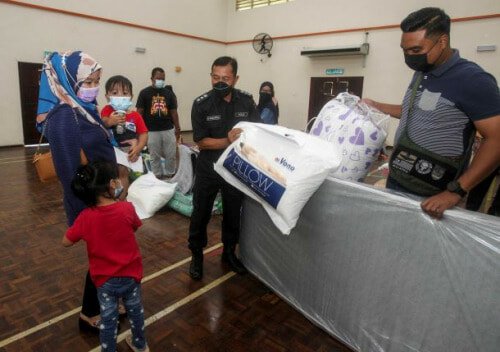 Recalling the dreadful experience, Muhsin said that the level of damage to his property was around 90% due to the water which went up to 8 feet high.

Their motorcycle and other important documents were swallowed by the floodwaters.

“Kampung Cemperai is common for having floods, even this year itself there has been 4 floods but never to the extent of water reaching inside the house. This time is indeed the worst.”

At the moment, he and his family are staying overnight at a relatives house as their house is not completely clean yet.

We hope that everyone who has been affected by the floods is now safe and have received the help that they require.

Also read: Rescuers Rush To Break Into a House in Sri Muda To Save Soon-To-Deliver Pregnant Woman 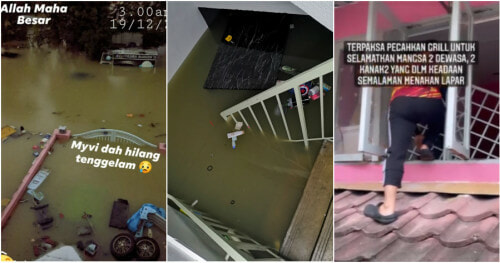