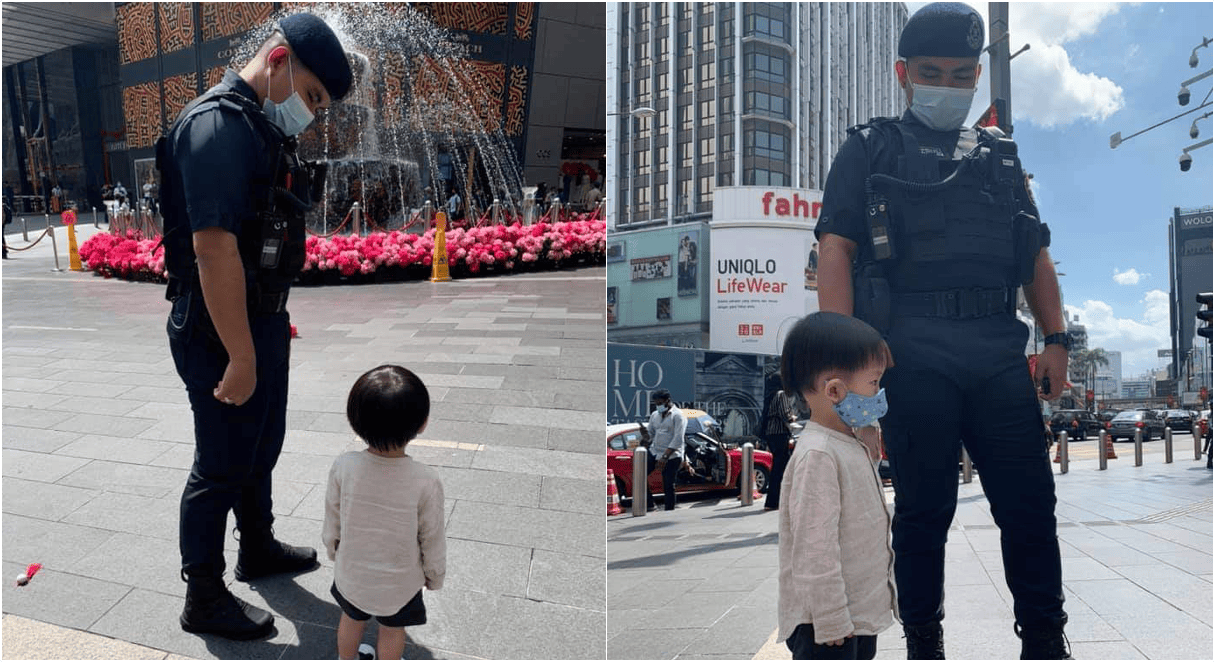 The 3D golden bull in Pavilion has attracted so many passers-by to stop and admire the show. Displayed on a 15ft (h) x 16ft (w) screen, the show is a must-see if you are in the area. Among those who are interested in the show is a little boy who was standing in the middle of the sun as he was so amazed by the golden bull display.

But anyone Malaysian would know that recently the country is experiencing scorching hot weather and it is advisable not to stay in the sun for long. Thankfully an abang polis is here to shield the boy from the sun. He stood by him, providing the boy with some shade while he enjoys the 3D Golden bull video on display.

The pictures of this selfless act were shared on a page on Facebook and has prompted so much positivity from netizens. Most of them praised the abang polis and mentioned that at the of the day, Malaysians will protect each other. Don’t let a handful of bad apples ruin the whole load.

Kudos to the abang polis and hopefully, this will inspire others to selflessly help those in need too. No matter how big or how small is the gesture. 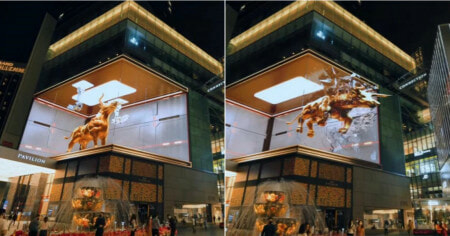