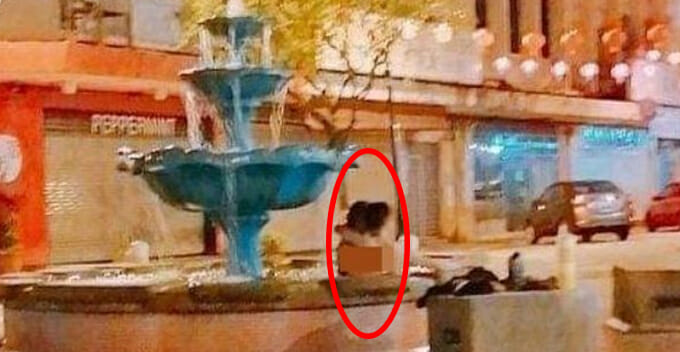 Fountains are not a place to casually take a swim, or worse, skinny dip!

According to Malay Mail, a photo of a couple who are believed to be tourists went viral on social media as they were spotted topless while embracing each other tightly in the fountain near Gaya Street in Kota Kinabalu, Sabah.

They also placed their clothes on the benches or barriers near the fountain. Hence, they are believed to be skinny dipping. From the photo, the incident looks like it had occurred late at night when most businesses in the street had closed. 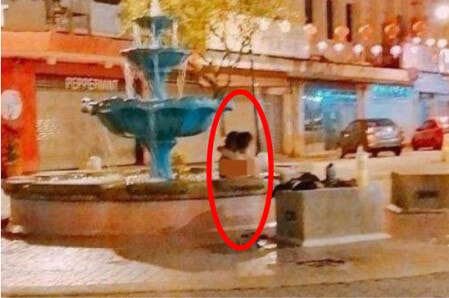 City police chief Assistant Commissioner Habibi Majinji said that he is aware about the case and is currently looking for leads to start an investigation. He was quoted as saying,

“We haven’t received a report yet, but we are trying to identify the source of the photo to get more information.”

“You cannot even identify the people in the photo. We don’t know when, or if they are local or tourists. If we have more leads, we can investigate this further.”

He further added that if the “topless” couple were caught, they will be charged with public indecency.

A City Council official said that they have not received any complaints about anyone going “topless”, however, there has only been complaints about people playing around the fountain and they are usually children or tourists dipping their feet inside the water. 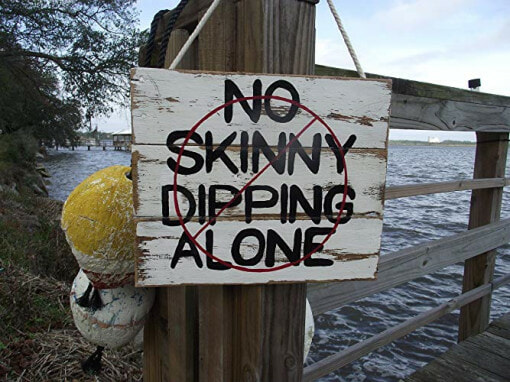 To avoid similar cases from happening, he said that they should perhaps put up signs to warn people against committing any indecent act, otherwise, they can be arrested for criminal offences.

If you want to take a dip, please don’t do so at a public fountain. Go to the swimming pool or the beach lah – or if you can’t keep your hands to yourself, then take it behind closed doors. 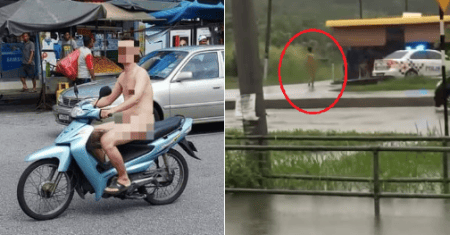