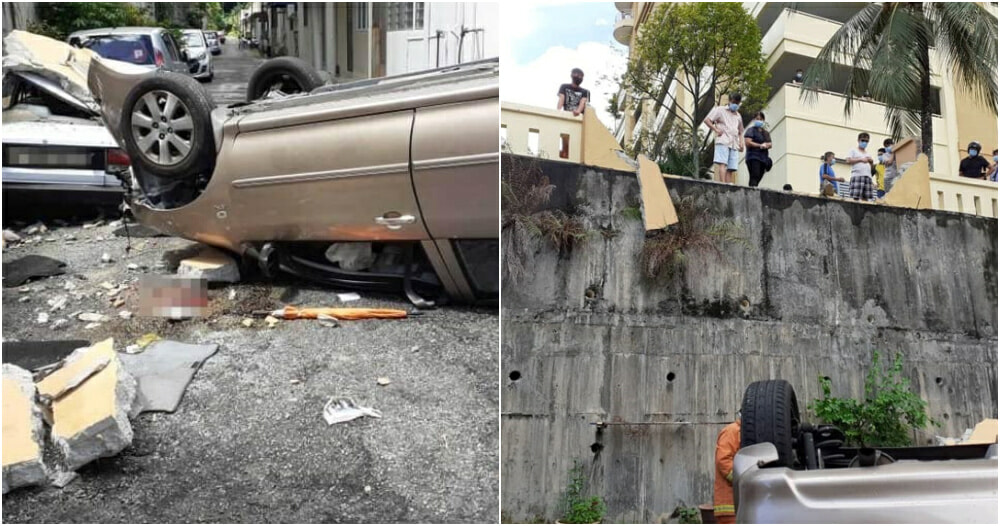 A woman was crushed to death after being hit by a car that plunged from a height of six meters after crashing into a concrete wall at the Green Lane Park Condominium compound, in Jelutong, Penang.

According to Harian Metro, the victim who was crossing the road, Kim Hui Ping, 49, from Taman Desa Damai, Bukit Mertajam was pronounced dead at the scene.

A spokesman for the Operations Center (PGO) of the Fire and Rescue Department of Malaysia (JBPM) Penang said that they received an emergency call at 11.54 am before members from the Jalan Perak Fire and Rescue Station (BBP) rushed to the location.

“Earlier, a Toyota Vios driven by a 71-year-old woman was believed to have skidded and plunged from a height of 20 feet (six meters) and hit the victim who was walking across,” he said.

The victim passed in front of the driver’s vehicle causing the senior citizen to press the oil pedal, probably out of panic and hit the victim. The victim was then dragged before the vehicle, crashed into the parking lot wall and fell on to the other side, below the building.

It is believed that the driver sustained chest injuries.

“The driver of the vehicle involved was successfully removed and taken to the Penang Hospital (HPP) for further treatment,” he said.

He said the victim’s body was handed over to the police before being sent to the hospital for further action.

Also Read: 8yo Girl Falls From DUKE Highway After Being Thrown Out Of Vehicle During Accident 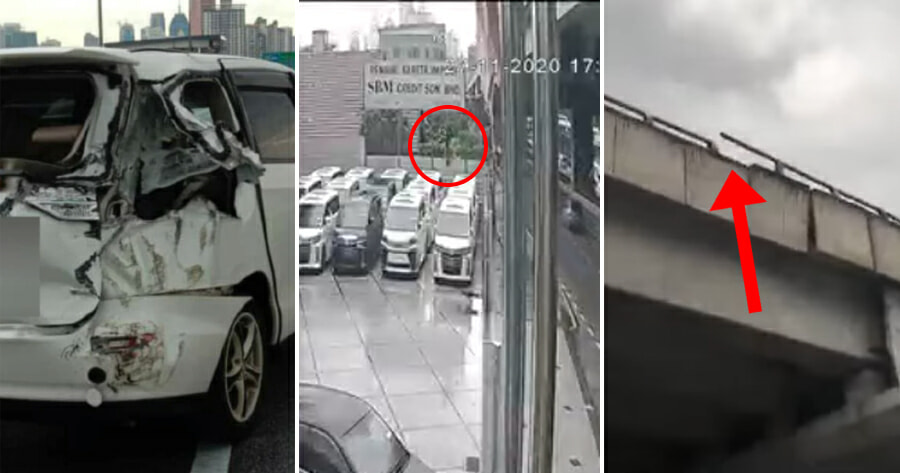