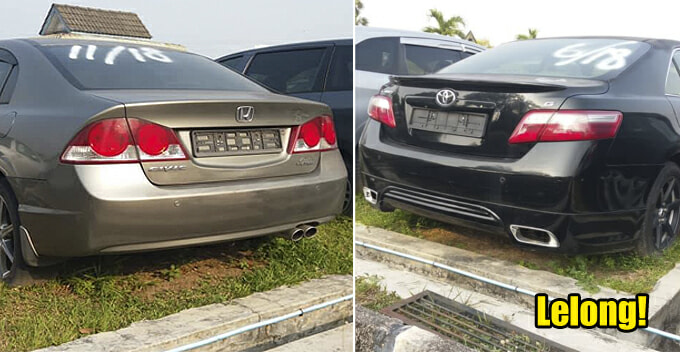 If you’re looking to snag up a cheap used car, now is the time.

Just recently (March 2019), the Penang Road Transport Department (JPJ) has announced that an auction will be held on 24 April 2019 at Block C, JPJ Seberang Jaya, Pulau Pinang. It was understood that a total of 92 cars from various manufacturers, including Toyota, Honda, Subaru, Nissan, BMW, and Volvo, will be up for bidding by potential buyers. 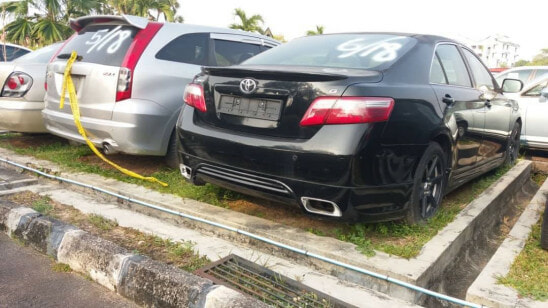 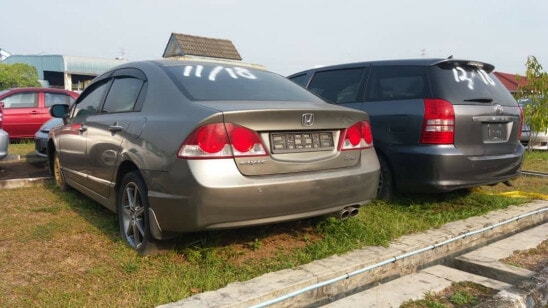 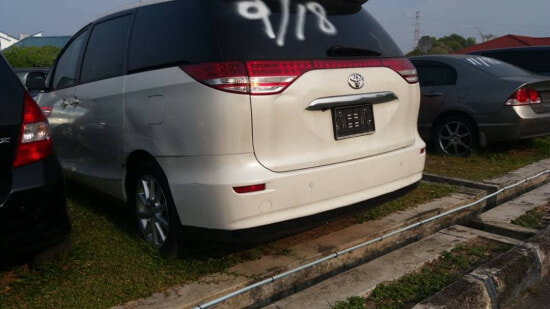 These vehicles are believed to have been seized by the authorities due to various offences and are now being auctioned off to the public. The starting price will go for as low as RM700 and the highest price is RM13,000.

Here are some of the vehicles that caught our attention. 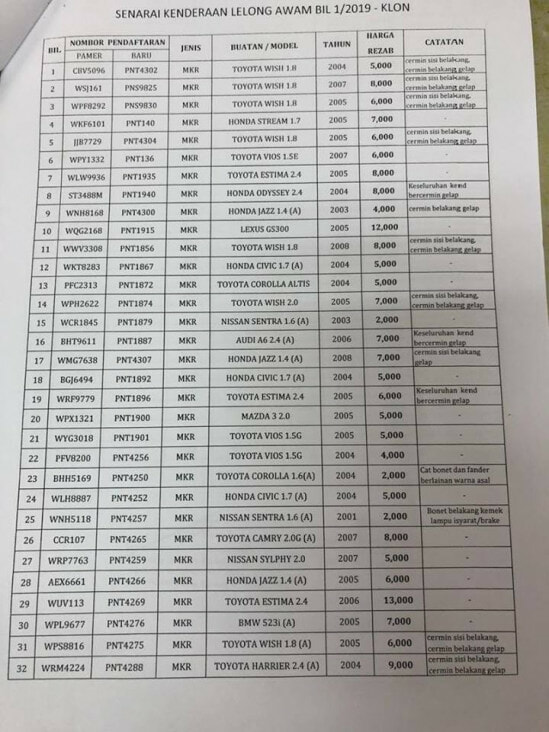 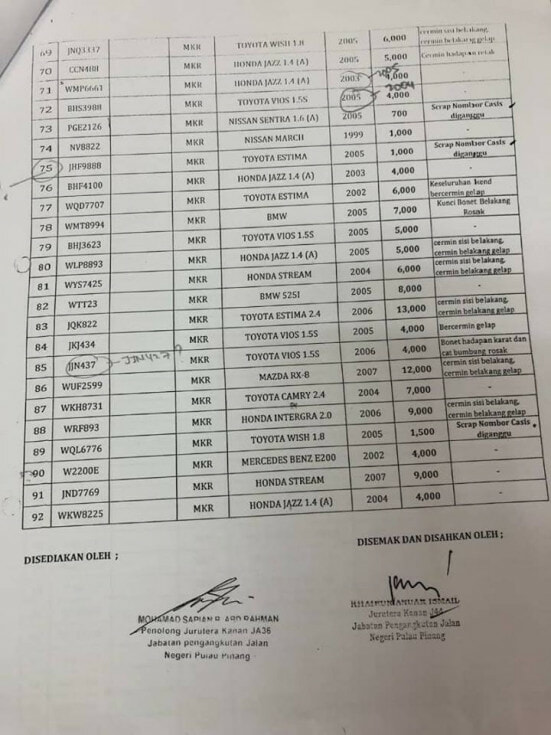 Understandably, the new owners will most probably have to spend a small fortune to refurbish the cars so that they are reliable and won’t break down during long balik kampung trips.

If you’re looking for a cheap used car, I think this is your best bet to get one!

Also read: Man Buys Mercedes for Only RM500 At JPJ Auction Because No One Wanted It