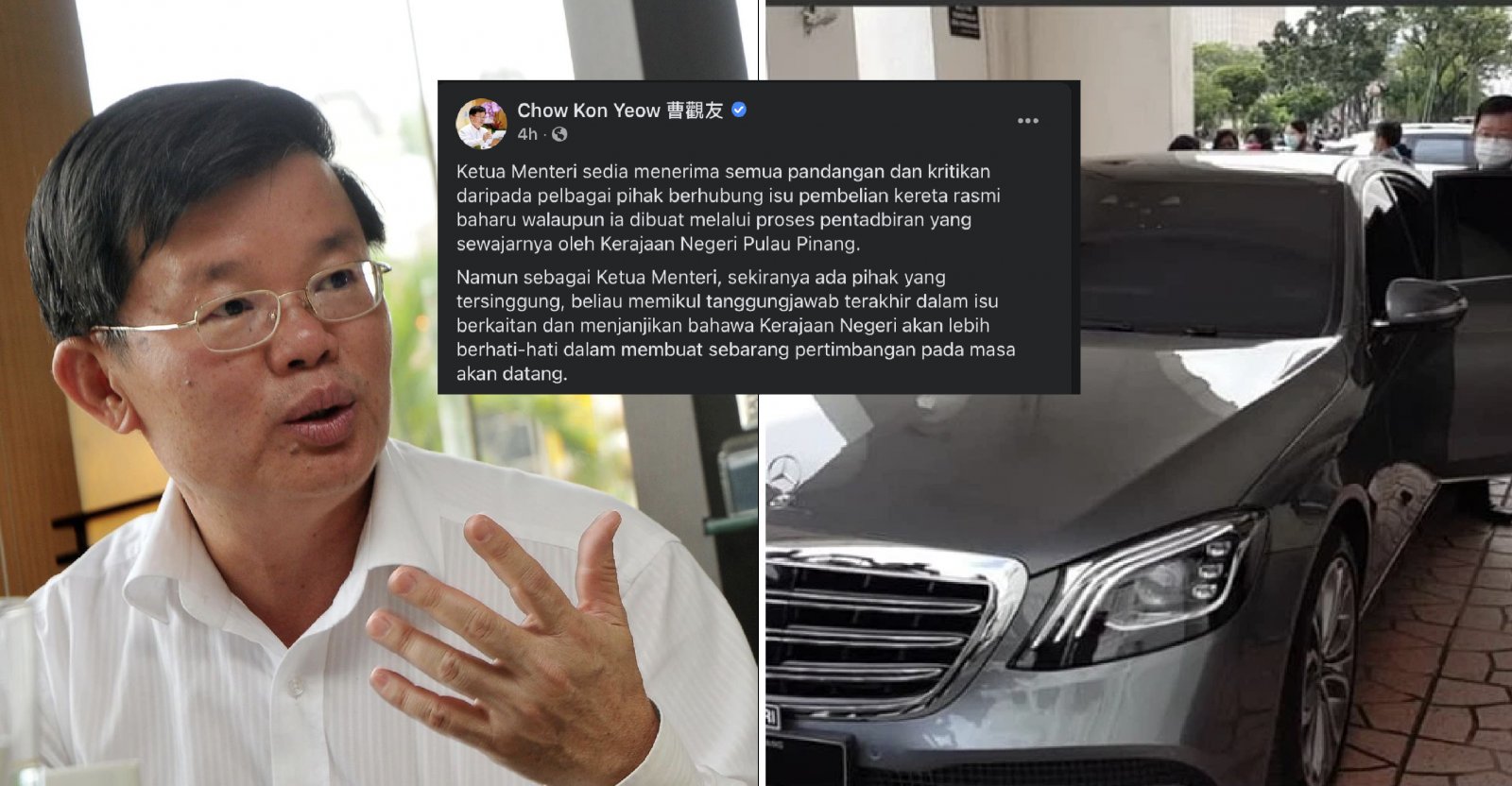 The Penang Chief Minister said that he bear the ultimate responsibility on the issue and will make sure that it won’t effect the welfare of Penang-ites.

Penang Chief Minister, Chow Kon Yeow today issued an apology to all Malaysians and specifically to the people of Penang for the purchase of the state’s new official Mercedes S560e. In a statement issued to Bernama as well as in a Facebook post, Kon Yeow said that the purchase was inappropriate at a time when the country is in the midst of a pandemic.

Kon Yeow, who is also the ADUN for Padang Kota takes full responsibility for the purchase and said he will be more careful in making decisions involving purchases in the future.

“The car for the Chief Minister was bought according to the proper administrative process and I take note of the views of all parties on the issue, I also admit it is a lesson to me and the state government as the purchase has offended the people and caused them to worry.”

Last Thursday (7 January 2021), the Penang State Secretary’s Office released a press statement to the public regarding the purchase of the new car here: 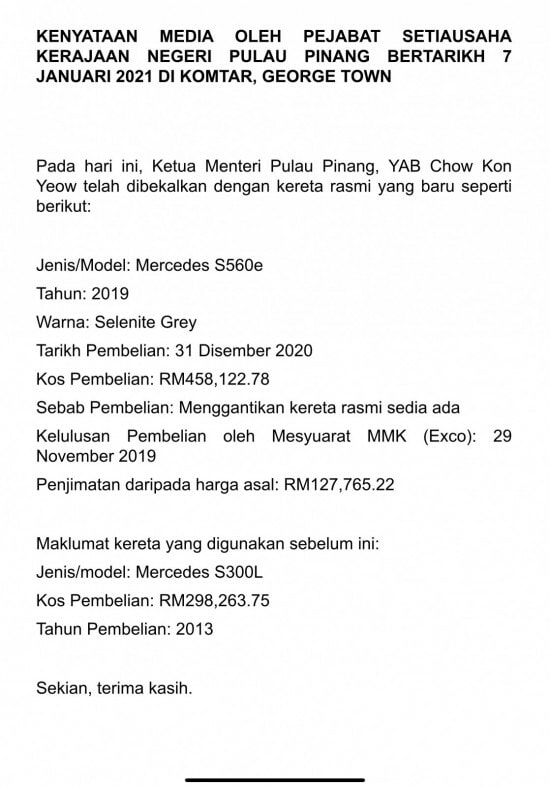 The purchase was to replace the previous Mercedes S300L allocated for the official use of the Penang Chief Minister that was utilised since 2013. The previous Mercedes was in use when former Finance Minister, Lim Guan Eng was Penang CM and famously broke down by the roadside in 2018. The then Penang CM had to hitch a ride to get to his destination due to the automotive failure. 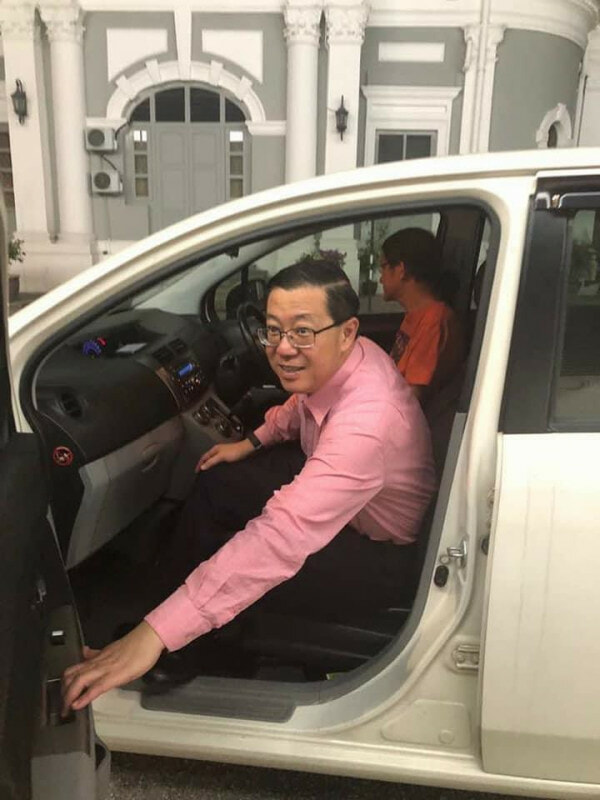 Lim guan eng in 28 february 2018 when the penang official car broke down.

The purchase of the new Mercedes drew widespread criticism with many questioning whether it is necessary right now. Previously, Parti Gerakan Rakyat Malaysia spoke out against the purchase and questioned how the Penang government could spend extravagantly during a pandemic.

Meanwhile, PAS said that the purchase signalled how the Penang government is oblivious to the problems faced by the rakyat via their mouthpice, Harakah Daily. 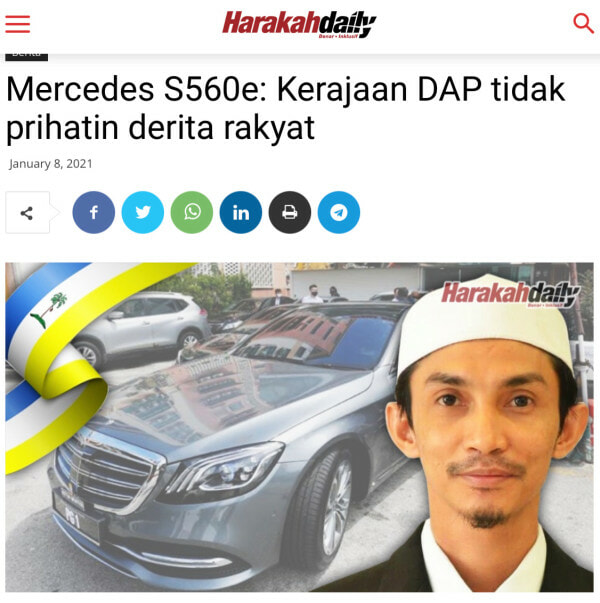 Responding to criticisms, Chow Kon Yeow clarified that the purchase was made through proper administrative process and have been approved since 2019, before the pandemic. He also stressed that he takes note of the views of all parties on the issue and admitted that it is a lesson for him and the state government as the purchase has offended the people and caused them to worry.

“As the Chief Minister, if anyone is offended and feels it is not timely, even if there is a need, it can be postponed due to the pandemic, I bear the ultimate responsibility on this issue,”

What do you guys think of the whole issue? Share your thoughts with us in the comments. 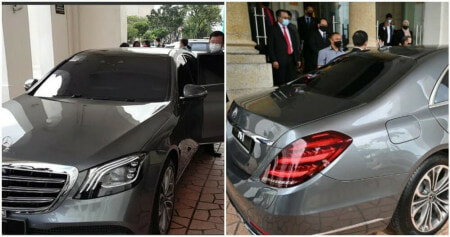