Have you ever had a steward or stewardess hit on you while you were on a flight? Well, here’s a different spin to that type of story because a cabin crew was actually acting as a wingman for one of the passengers!

Recently, a tweet posted on 12 May 2019 began circulating and it was by a Malaysian guy who posted about his funny experience on an AirAsia flight where his wife, who was seated in front of him, was approached by one of the flight attendants. The flight attendant, who was acting as a wingman for one of the passengers on that flight, passed her a love letter and some chocolates. Now everyone can be a wingman! 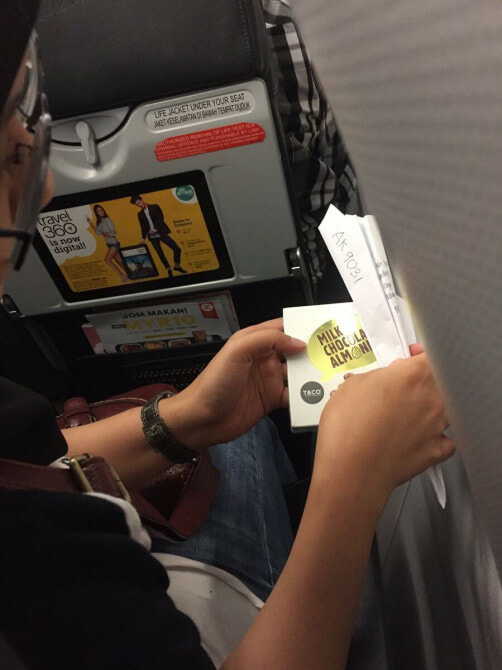 “My wife was sitting at the seat in front of me. One of the passengers then tried going after her and an AirAsia flight attendant helped the passenger pass a love letter and chocolates to my wife.”

In the same thread, he said the letter started off being pretty funny but later turned slightly sadistic towards the end. “It’s as if he is currently in a phase where he is being pressured because his love has been rejected many times,” he said, after reading the contents of the letter passed to his wife.

“Too bad, this time you’ve failed again bro. My wife loves me. Hahaha, but don’t give up. Try again okay,” he added.

He also shared photos of said letter and chocolates in his tweet, while advising, “Friends who are still single, maybe you can try this method. Who knows, if you’re lucky, you’ll ‘score’.” 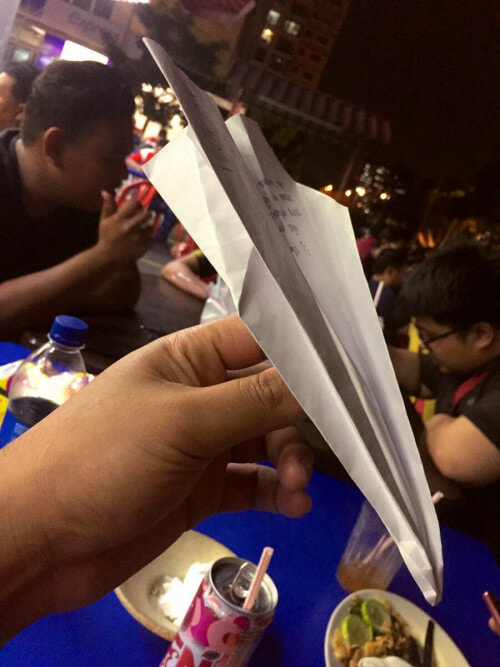 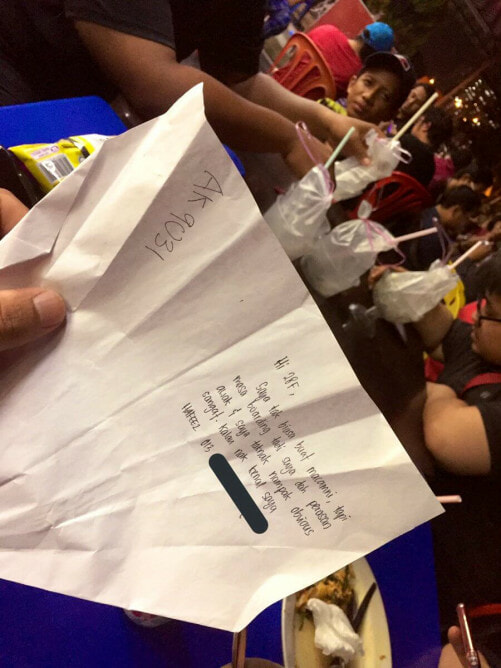 FYI, here’s what the letter said:

Netizens who saw his tweet were definitely tickled by his experience and one of them cheekily said, “I always travel with you AirAsia, how come I never received a surprise like this?”

Other Twitter users simply laughed and gushed at how cute the situation was. The Malaysian husband also wittily responded to some of the comments, saying, “Lucky I’m more handsome.” 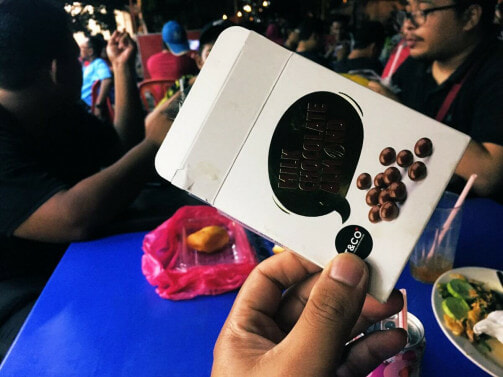 We scrolled further down in this thread and saw that AirAsia actually noticed his tweet and replied to him, saying,

“We wish brother Hafeez all the best. There’s still plenty of flowers in the garden. #TeamHafeez”

What do you think of this incident? Have you experienced anything like this whenever you take a flight? Share your funny stories with us in the comments!

Also read: AirAsia Flight Attendant: “Please Leavve Your BF or GF Behind If There is an Emergency” 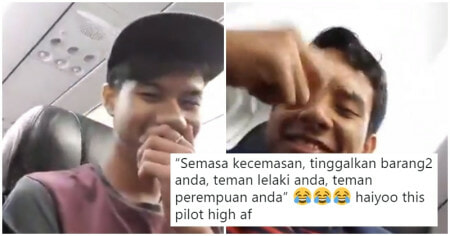