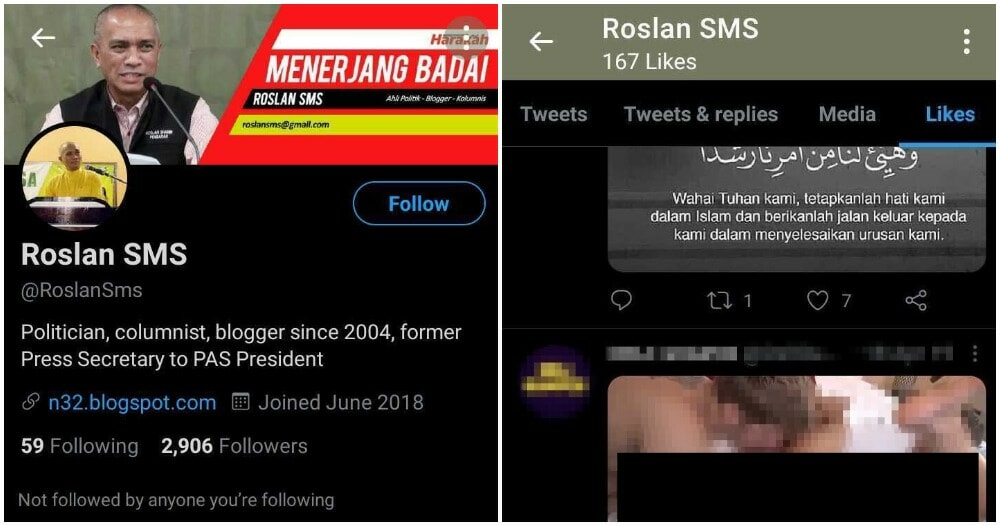 Nothing is anonymous when you’re on social media.

Selangor PAS Secretary and political columnist, Roslan Shahir or popularly known as Roslan SMS has deactivated his Twitter and Facebook account following a debacle that led to netizens being shocked by his “likes”.

It all started when Roslan tweeted against Segambut MP, Hannah Yeoh who suggested that the National Security Council allow immediate family members to visit the grave of their loved ones in the same district on Hari Raya. After she tweeted this, Roslan quoted the tweet and told Hannah Yeoh to not go overboard if she wants to win the vote of Malays. 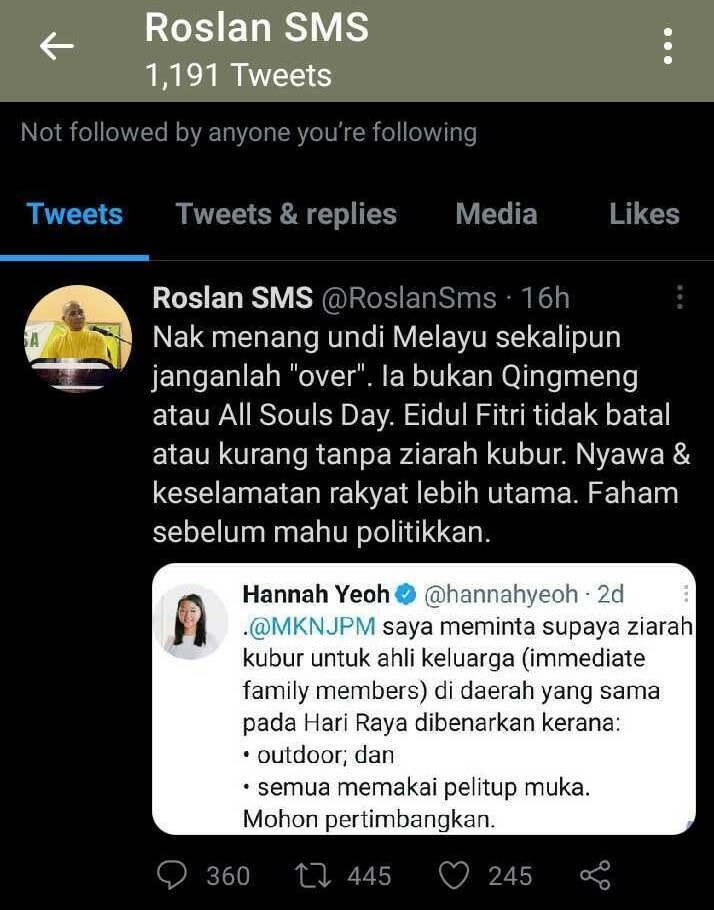 “This is not Qingmeng or All Souls Day. Aidilfitri will not be cancelled or be any lesser without grave visitations. The health and safety of the rakyat is more important. Understand this before politicising every situation.”

While there were some netizens who supported his statement, there were many who condemned him saying that all Hannah Yeoh did was make a point based on humanity and not politics. The situation took an immediate turn for the south when a simple tweet that said: “Check out his likes” surfaced.

To the shock of Malaysians, there were countless gay pornography videos and images in the politician’s “Likes” section on Twitter. 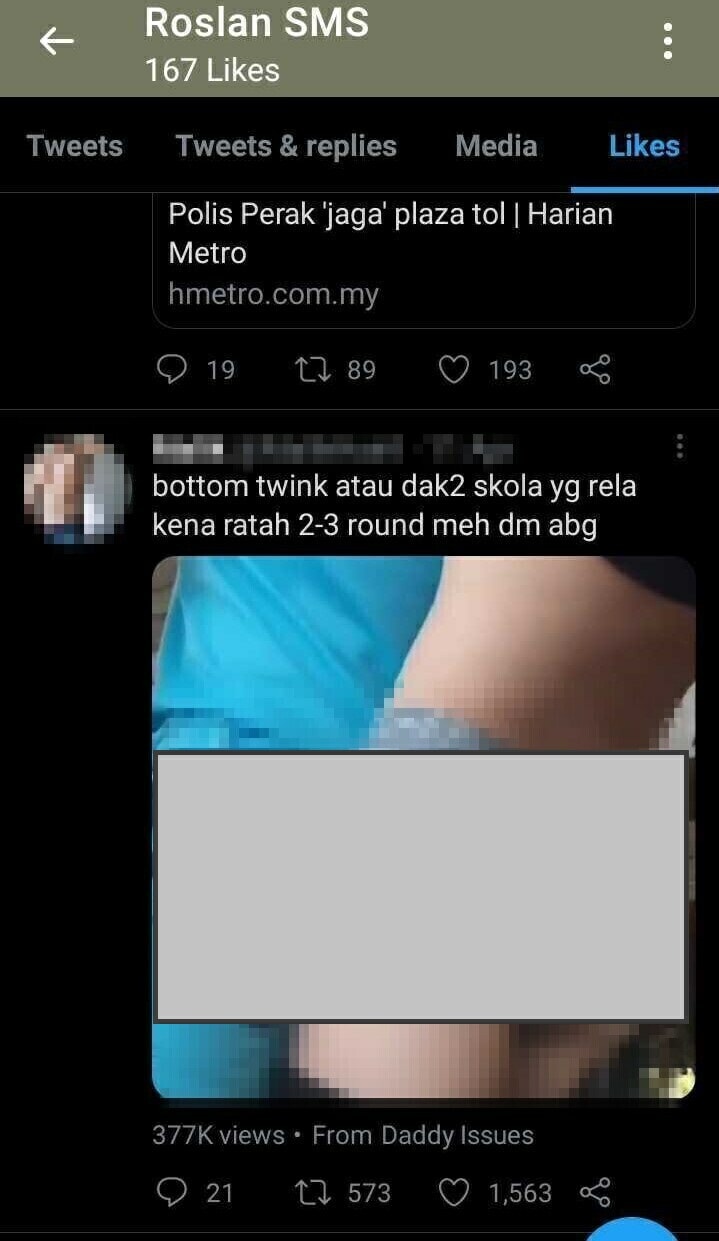 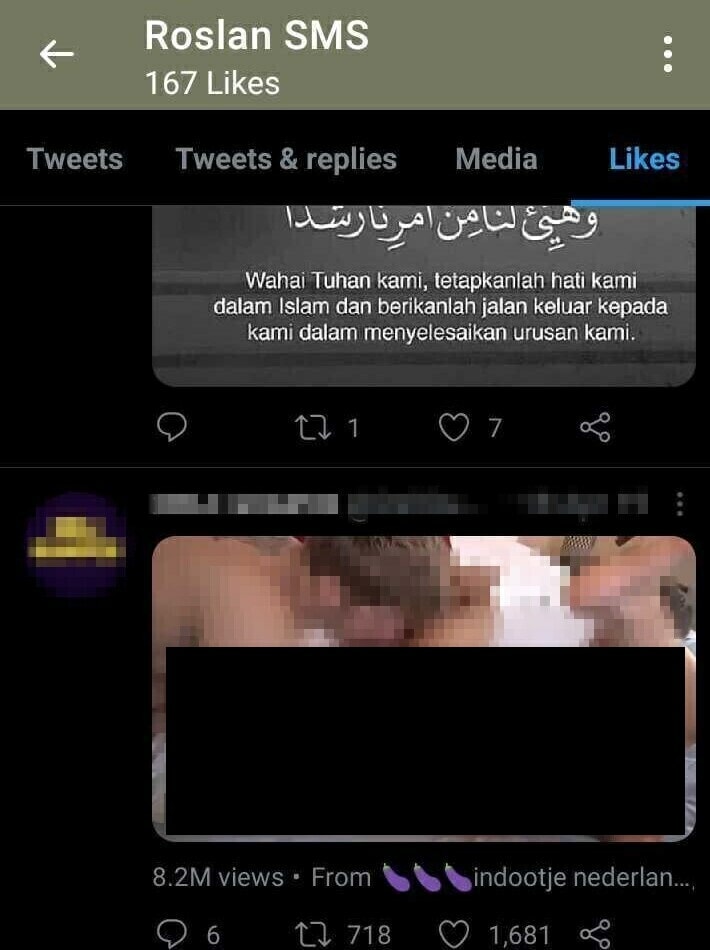 Just as Twitter users were demanding an explanation from him, Roslan deactivated both his Twitter and Facebook accounts. PAS and Roslan are yet to release a statement on this issue.

Were those likes “accidental”? Let us know what you think about this! 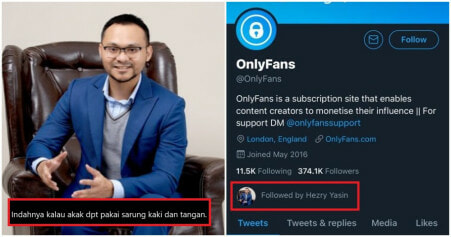