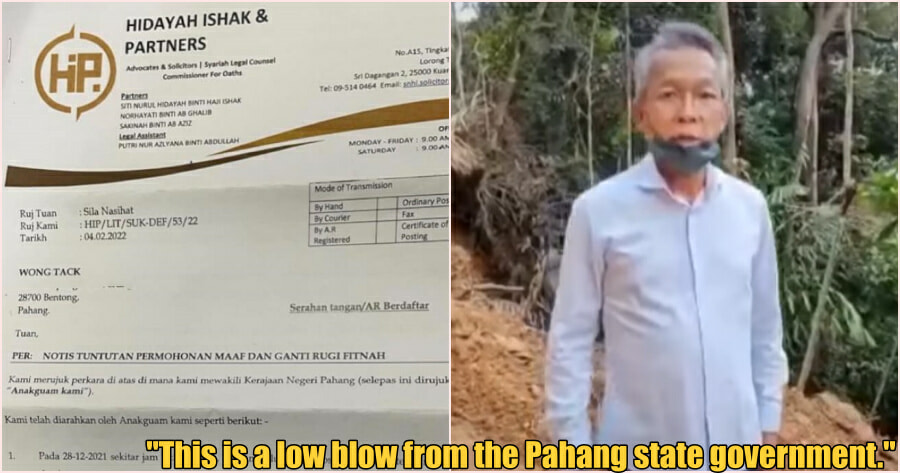 There has been plenty of backlash over the amount of logging activities and the rate of deforestation in our country. In fact, the amount of forest loss in the country is simply devastating.

In recent months, Bentong MP Wong Tack posted a number of videos on his social media where he showcases the deforestation that has occurred.

In the video, he also blamed the state government for their lack of action towards the issue.

Pahang government is demanding an apology and RM1 million in damages

Following the videos, the Pahang government is now demanding an apology and RM1 million in damages from Wong Tack for allegedly making defamatory statements on logging activities in the state.

In a letter of demand issued by its lawyer, the state government claimed that Wong’s videos contained defamatory statements.

“The statements implied that the state government allowed uncontrolled logging in rainfall areas which led to terrible flooding.”

They said that it also implied that the state government was involved and was the source of illegal logging and land clearing in the state’s forests. 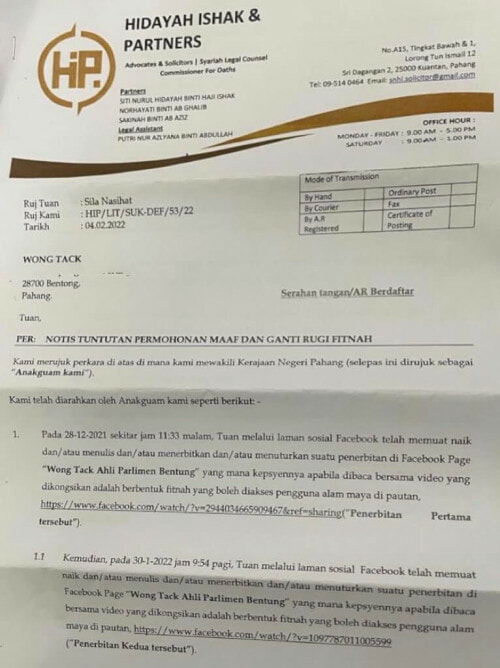 “It implied that the state government was irresponsible and did not care about the welfare of the people of Pahang, besides lying to and oppressing the people by allowing widespread logging activities in the forests of Pahang,” stated the letter of demand.

“It is clear the defamatory statements are false and without basis. As a result, our client has received all manner of negative responses from the public which damaged the reputation and the good name of our client,” added the letter of demand.

Wong shared the letter of demand on Facebook and said, “This is a low blow from the Pahang state government.”

He also stated that it is a “fraudulent move by the Pahang state government!”

“As a wakil rakyat it is my duty to speak out for the rakyat. If what I have said is not true, prove it!”

Is he in the wrong? Let us know in the comments. 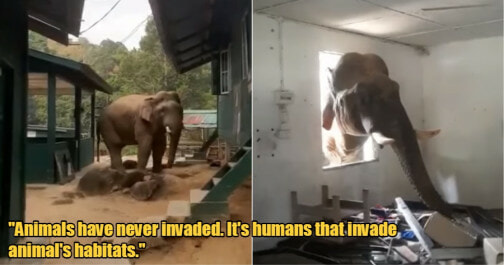