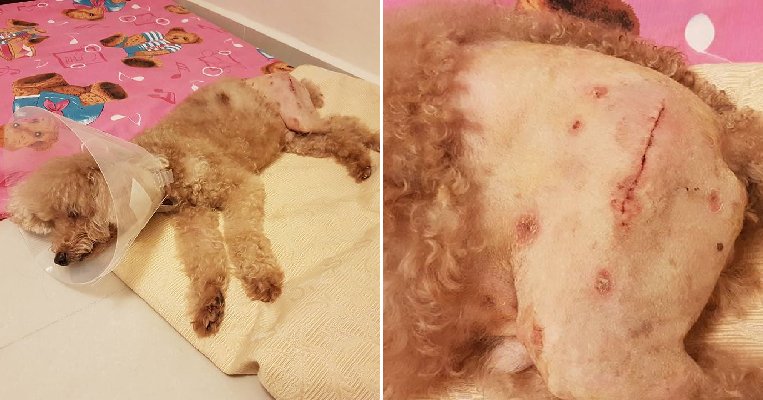 Anybody who has a pet that you love a lot would totally understand how it feels like if your pet suffers any injury or falls sick. This Singaporean lady recently shared a case on Facebook where her poor little poodle experienced a dislocated hip after she put him in a pet boarding centre while she went on a holiday. 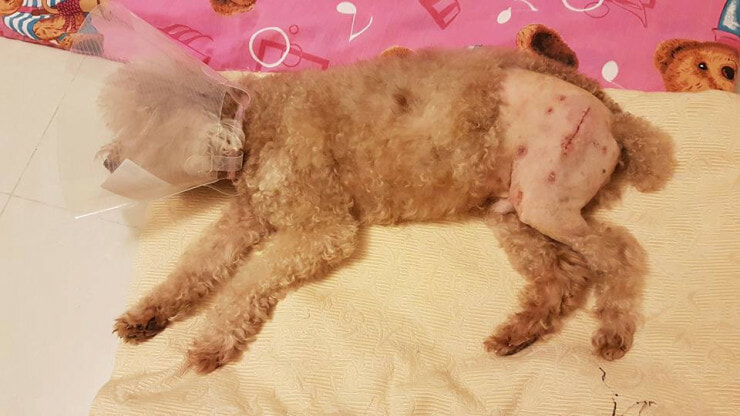 She had dropped off her dog, Mocha on November 25 at a pet centre in Bukit Panjang Plaza and had returned from her trip on December 4. One day before her return, she had requested her helper to pick up her dog. To her horror, when she came back to see her beloved pooch, one of Mocha’s hind legs was injured and he was limping. It looks terrible!

Mocha was already injured when the helper picked him up but when she asked, the shop staff refused to answer her. So the horrified owner immediately called the boss of the pet centre to clarify. 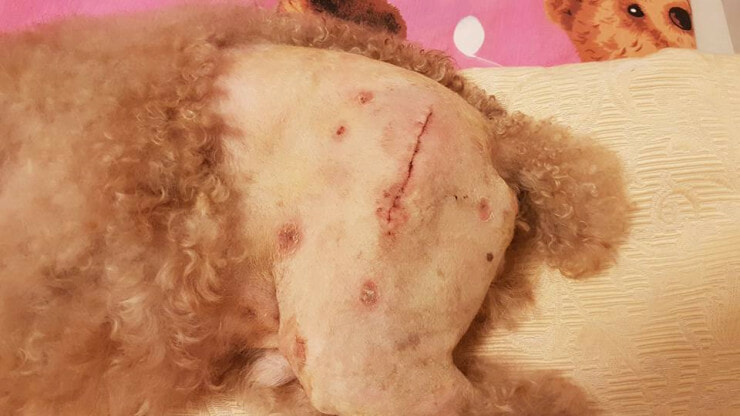 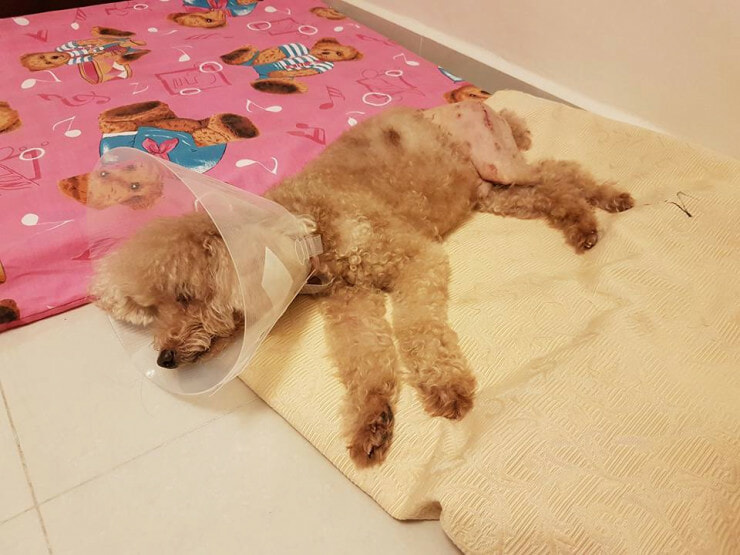 “I called up the boss and asked what exactly had happened to Mocha and whether he needed medical attention, but the boss assured me that it was a minor injury Mocha got when he was scratching the cage and it should heal in a few days. I also asked why there was yellowish discharge and he almost completely lost his voice, but the boss brushed it off. Knowing my dog could overreact to pain and thinking that he was probably whining for a long time which was what caused him to lose his voice, I decided (and foolishly so) to wait for a few days before seeking medical intervention.”

However, three days later on December 7, she decided to bring her long-suffering dog to the vet who confirmed that Mocha had experienced a joint dislocation from an X-ray. The vet also said, “This kind of joint dislocation does not happen easily. To cause such an injury, there must be great impact like falling from a very high place.” Oh no! 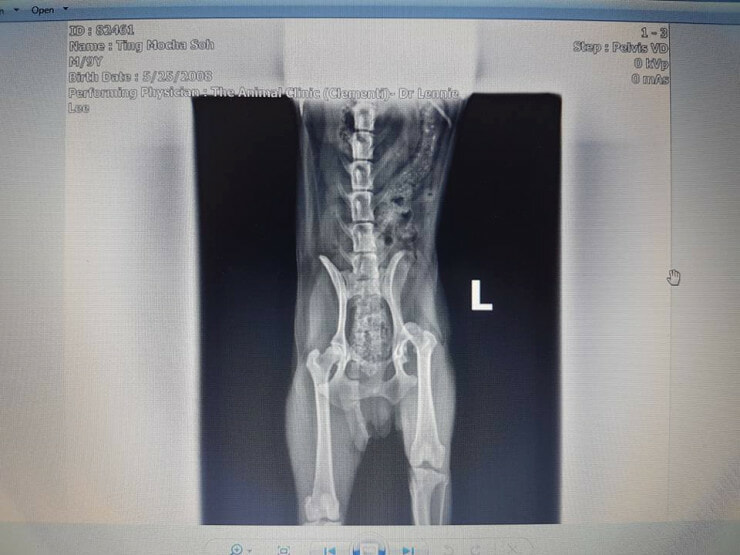 As the muscles around the joint had stiffened, poor little Mocha had to undergo surgery. Even so, they could not put back the bone into the joint and his injured leg would be shorter than the other legs. The vet assured the worried owner that since Mocha was small, he would likely not experience much difficulties in the long run.

The vet told the owner that they discovered a fracture on Mocha’s leg, which could only have happened due to trauma. Trying to get to the bottom of this issue, Mocha’s owner went to the pet centre, who denied all responsibility even when CCTV footage showed that the pooch was already injured upon exiting the pet centre. 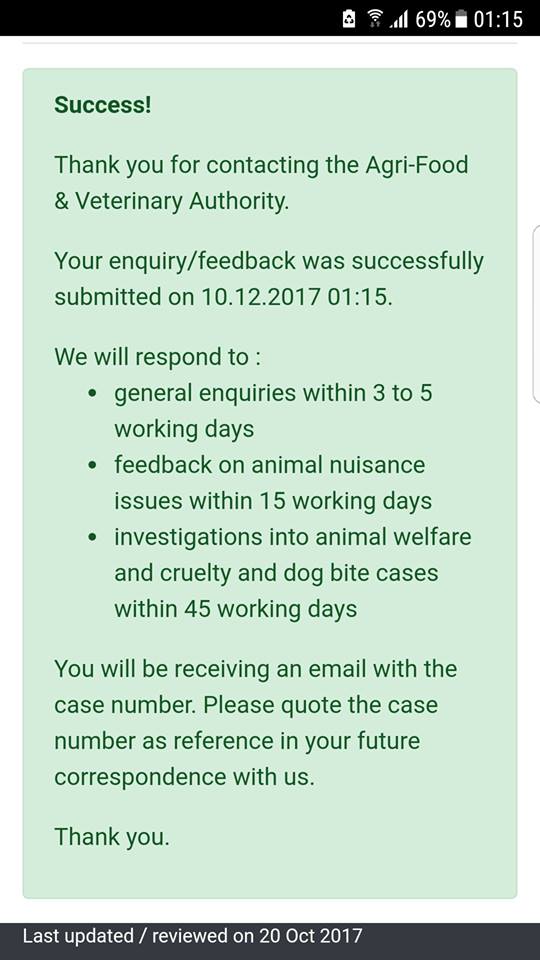 “We told him that we were going to file a police report on suspected dog abuse and he simply told us that he intended to close down his shop anyway. No apologies, no attempt to investigate, no intention to assume responsibility (or maybe he was the one who abused Mocha?). Such obnoxious attitude.”

In an update on December 10, she confirmed that she has filed a police report and a complaint with Singapore’s Agri-Food and Veterinary Authority. She ends her post by saying that she hopes to warn other pet owners about the pet centre and seek justice for her innocent little dog.

Also read: “I Saw Two Hands Torturing the Puppy and Someone Recording It to Make It Viral” 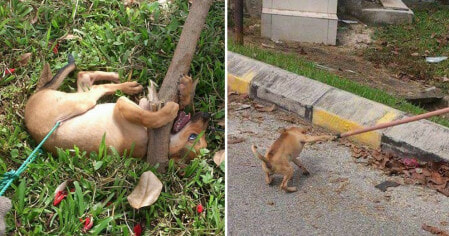