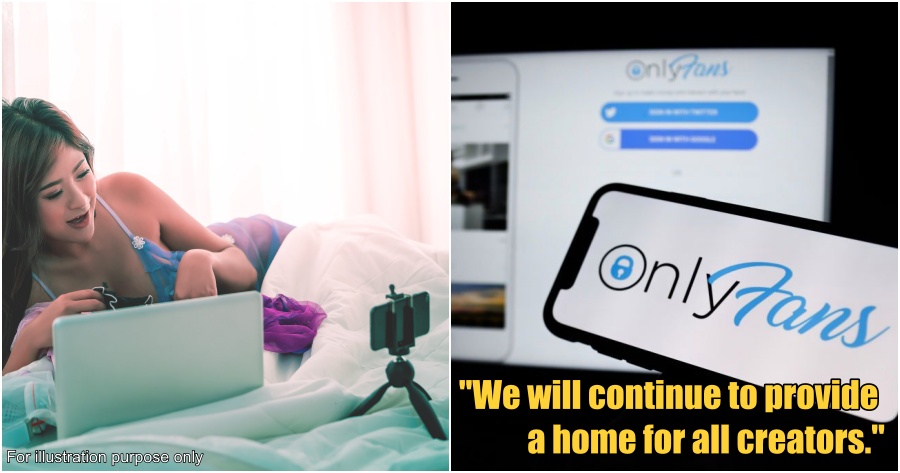 Just last week, OnlyFans announced that they would be banning any sexually explicit content on its site, effective 1 October. Nude photos and videos will still be permittable if they do not violate the platform’s policy.

However, OnlyFans has just made a u-turn statement saying they have lifted the “sexually explicit” content ban, allowing some people, in particular sex workers, to once again make their living through the platform.

Yesterday, OnlyFans took to their Twitter account to thank users “for making their voices heard” and to assure them that they will continue to “provide a home for all creators.” 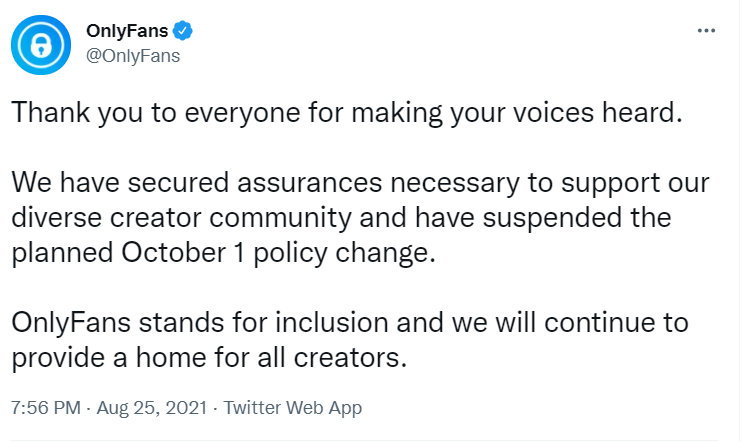 As OnlyFans is mostly known for its adult content, the initial ban had enraged a lot of sex workers as the site has always been their primary source of income, and they had to immediately seek other alternatives, according to a report by Variety.

OnlyFans suspended the ban after securing new agreements with banks that will pay the platform’s content creators, including the ones that share sexually explicit materials. This takes place after another report from Variety stated that the founder and CEO of OnlyFans, Tim Stokely is convinced that sexually explicit content will be allowed again if the banks agreed to pay creators. The company also expressed its gratitude towards the sex workers via a tweet posted on 22 August, while also ensuring them that work is being done to find a common ground. 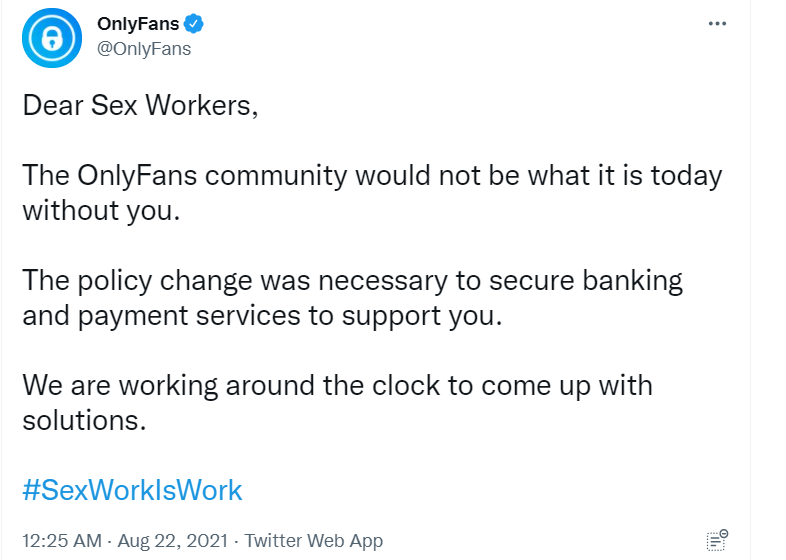 According to BBC, the company sent out e-mails to the creators to inform them that the planned changes that were supposedly taking place on 1 October are no longer happening. This is due to the company’s agreements with the banks that have assured them all genres of creators of welcomed and supported. OnlyFans also added,

“OnlyFans is committed to providing a safe and dependable platform for all creators and their fans.”

OnlyFans makes money by taking 20% off what’s being paid to its fellow content creators. Following the news of the ban being lifted, several content creators of the platform shared their reactions about it;

Also read: Student In Vietnam Gets Caught Having Sex During Online Class After Forgetting To Turn Off Camera 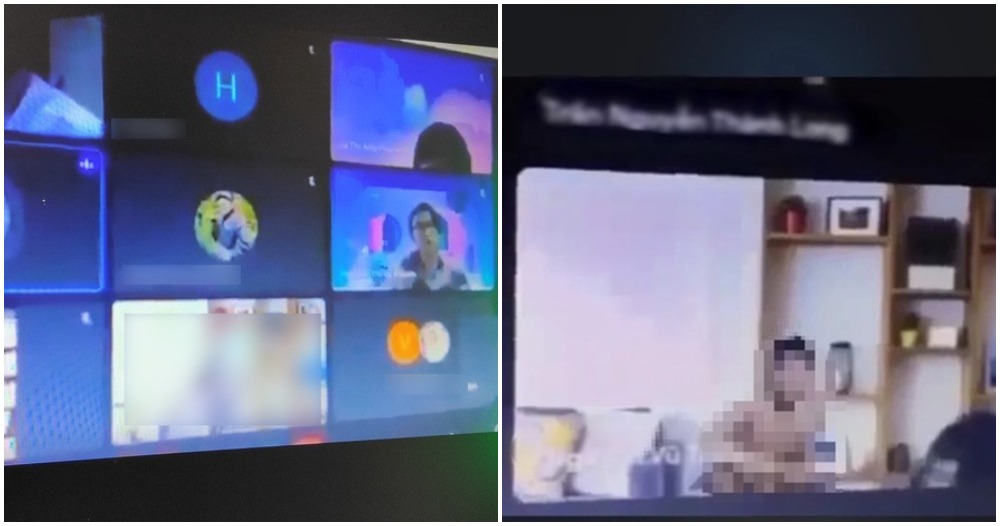